The Six Most Notable Athletes From Arizona 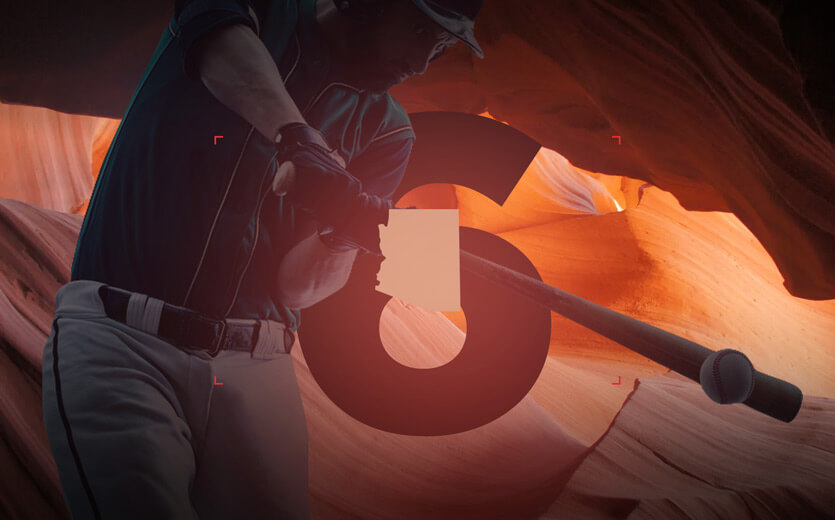 Fans are eagerly anticipating the launch of Arizona sports betting on September 9, 2021. This is an exciting and pivotal moment for anyone in the Grand Canyon state looking to wager on their favorite sports, games, and athletes.

Arizona has a rich sports scene, with a host of professional teams and local athletes who have helped build a thriving athletics culture in the heat of the desert.

As we approach the September 9, 2021 go-live date for AZ sports betting, we’re taking a closer look at pro athletes who have a special connection to the state of Arizona. In this list, we’re focusing on the six most notable athletes who were born and raised in Arizona.

This list isn’t necessarily a comparison of each athlete’s accolades – nor is it exhaustive – but rather it’s a glimpse at athletes’ overall performance combined with their connection to the state.

Let’s take a closer look at six of the most notable athletes from Arizona.

Tucson native Ian Kinsler was a force to be reckoned with during his 14 years in the MLB, with a reputation for being a strong all-around player with few holes in his game. 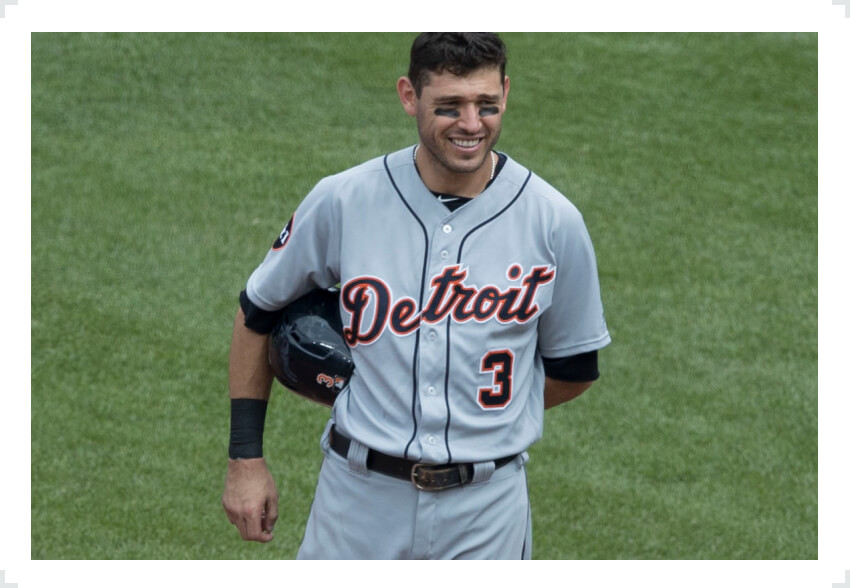 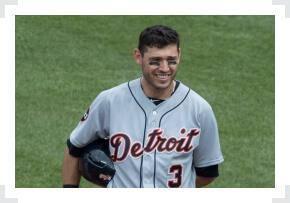 The Arizona Diamondbacks drafted Kinsler late in the 2000 MLB Draft, however, he decided to not sign a contract and instead began his college baseball career at Central Arizona College in Pinal county. The Diamondbacks tried to draft him again the next year, and once again, Kinsler opted to return to college for another year of athletic development.

Once Kinsler was drafted in the 17th round of the 2003 draft by the Texas Rangers, he felt ready to start making a run at the show. Kinsler spent the first two years of his minor league career playing shortstop, but the switch to second base in 2005 set the stage for the rest of his career.

Kinsler broke into the MLB to begin the 2006 season as the starting second baseman for the Rangers and never looked back. Throughout his long MLB career, Kinsler earned a reputation as one of the game’s best five-tool players.

His career culminated in a 2018 World Series victory with the Boston Red Sox, but Kinsler is perhaps best known for his overall skill and statistical production. A second baseman for five different teams during his MLB career, Kinsler is admired as one of the best to ever play his position.

Arizona hockey prodigy Auston Matthews is the only active player on our list, and there’s a good chance he could climb the ranks as his career progresses.

As a kid growing up in the desert, Matthews didn’t have many clear paths to the NHL. With few hockey rinks in Arizona, Matthews grew up playing on small sheets of ice designed for three-on-three hockey. Despite the circumstances, Matthews has emerged as one of the world’s greatest hockey talents.

Drafted first-overall in the 2016 NHL Draft by the Toronto Maple Leafs, Matthews made an immediate impact for the struggling franchise in his rookie season. Scoring four goals in his very first game, Matthews went on to set the team record for most goals in a season by a rookie (40).

The Toronto Maple Leafs have faced recent struggles in the playoffs, but the team should remain contenders as long as Matthews is on the roster. Although, his contract is up in 2024, and maybe he’s thinking about making a return home to play for the Arizona Coyotes…

NBA champion Sean Elliot is a notable Arizona athlete for many reasons. Not only was the standout small forward born in Tucson, but he also made his mark early on as a star player for the University of Arizona. 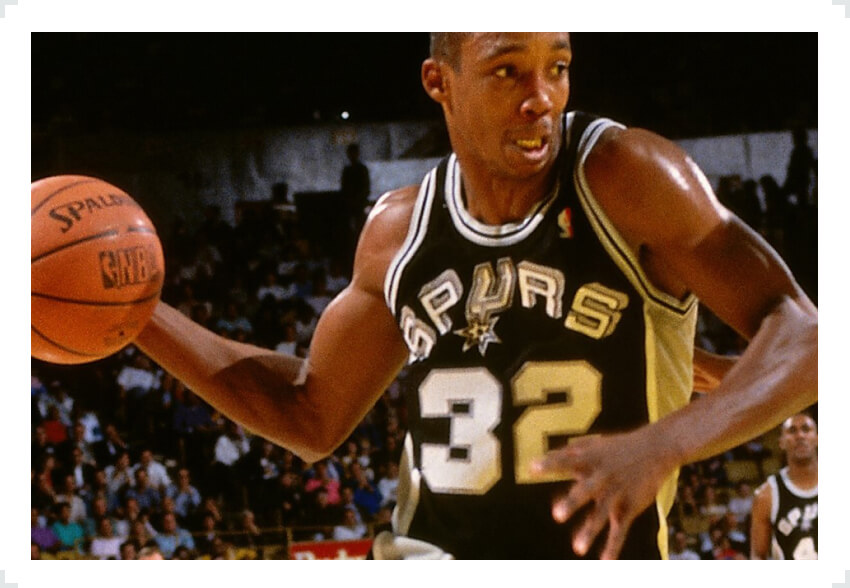 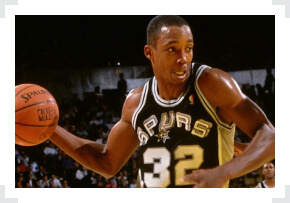 Elliot played four seasons with the Arizona Wildcats from 1985 to 1989. He currently holds the record for most career points by a University of Arizona basketball player, holding that achievement over other notable NBA players like Damon Stoudamire and Channing Frye. He also broke Kareem-Abdul Jabbar’s record for all-time points scored in the (then) Pac-10 conference.

After making a name for himself on the NCAA college basketball scene, Elliot would go on to spend most of his twelve-year career with the San Antonio Spurs. He was the third-overall pick in the 1989 NBA Draft, and he would play an integral part in the Spurs’ run to the NBA championship in 1999, making a game-winning shot against the Portland Trailblazers in game two of the Western Conference Finals.

Following the 1999 NBA Finals, Elliot underwent a kidney transplant due to a disease he had been suffering since 1993. He would make his return late the following season, and despite being the only player in NBA history to return from a kidney transplant, Elliot went on to play 71 more games over two seasons before officially retiring in 2001.

From his history as a legendary University of Arizona basketball player, to his illustrious NBA career, Elliot is a remarkable athlete from the Grand Canyon State.

Olympian gymnast Kerri Strug was born in Tuscon, and not only did she represent the state of Arizona, she became a superstar for her country on the world stage.

Growing up in Tuscon, Strug started gymnastics at the age of three. She continued training in Arizona before moving to Texas in 1991 to receive additional training from different coaches and colleagues. As a standout gymnast, Strug joined the US Olympic team for the 1992 games in Barcelona, and she was the country’s youngest competitor at just 14-years-old.

After winning a bronze medal at the 1992 games, Strug made another move to the state of Oklahoma. With a new set of coaches instructing her, she competed in the 1993 Nationals but did not reach the podium. This setback led to Strug’s return to her roots, as she moved back to Arizona to train with the coach who had been instructing her since the age of three.

The return to Arizona was a turning point in Strug’s athletic career. She went on to win a silver medal at the 1994 World Championships, and after completing her educational responsibilities at Green Fields Country Day School in Tuscon, she was able to turn her attention to preparing for the 1996 Olympic games.

Strug is best known for her clutch performance at the 1996 Olympics in Atlanta. With a gold medal on the line against the Russians in the all-around women’s team gymnastics event, Strug took the stage with her team’s last two attempts on the vault event.

Strug landed awkwardly on her first attempt and injured her ankle, apparently spelling disaster for the team’s gold medal hopes. In order to secure the gold medal, Strug would have to land the second attempt on her feet, and she did not disappoint even with the sudden ailment.

After successfully landing on two feet following the second vault attempt, she immediately began hopping on one leg before collapsing to her knees in pain. Strug secured the gold medal with an entire nation watching, and this heroic performance will go down as one of the most incredible moments in Olympic history.

We’re rounding out our list with two NFL players, and the penultimate Arizona athlete is pro-bowl safety Darren Woodson.

Even with his extraordinary resume, Woodson wasn’t considered a standout prospect when he joined the Arizona State University football team. Growing up in Phoenix, Woodson played the running back and linebacker positions at Maryvale High School, a testament to his athleticism that would serve him well throughout his NFL career.

Woodson walked on to the ASU football team without an athletic scholarship but proved himself with tenacity and a deep understanding of the X’s and O’s in football. He was later inducted to the Arizona State University Sports Hall of Fame for his outstanding play with the Sun Devils.

After proving himself in college despite a lack of attention from recruiters, Woodson had to make more noise to pique the interest of NFL scouts. While participating in the 1992 Arizona State pro day, Woodson was spotted by a Dallas Cowboys coach who thought he played more like a safety than a linebacker.

That same coach convinced the Cowboys to draft Woodson in the second round of the 1992 NFL Draft, and from there, the persistent prospect would go on to rack up personal accolades on the gridiron.

With three Super Bowl rings, five Pro Bowl appearances, and over 1,300 career tackles, safety Darren Woodson will go down as one of the greatest NFL athletes from the state of Arizona.

The final athlete on our list, and quite possibly the most notable athlete in Arizona history, is NFL legend Randall McDaniel.

A dual-sport athlete at Agua Fria High School in Avondale, Arizona, McDaniel played football and ran track, two activities that would help make him one of the fastest offensive linemen in NFL history. His time of 10.64 seconds in the 100-metre dash still stands as an NFL record at his position, recorded while McDaniel was participating in an Arizona state meet.

McDaniel impressed scouts with his raw athletic ability and was drafted 17th overall by the Minnesota Vikings in the 1988 NFL Draft. The physical abilities McDaniel developed while playing in Arizona were crucial to his success in the NFL, as the vaunted offensive lineman made the starting lineup in 220 of his 222 career NFL games.

We’re concluding our list with an NFL guard who is widely regarded as one of the greatest players of all-time at any position. A hall of fame inductee, all-decade and all-time NFL team nominee, and 12-time All-Star, Randall McDaniel rounds out our list of most notable Arizona athletes.

Online sports betting in Arizona is expected to go live on September 9, 2021, and Sports Betting Dime has everything you need to get prepared! For more topics similar to this, check out our articles of interest section.

Whether its profiles on local AZ athletes, or betting trends for other pros playing in Arizona, we’ll be covering some of the best players in the state to help you find an edge over the sportsbooks.