Calcutta Auctions: A Brainy Spin on a March Madness Bracket 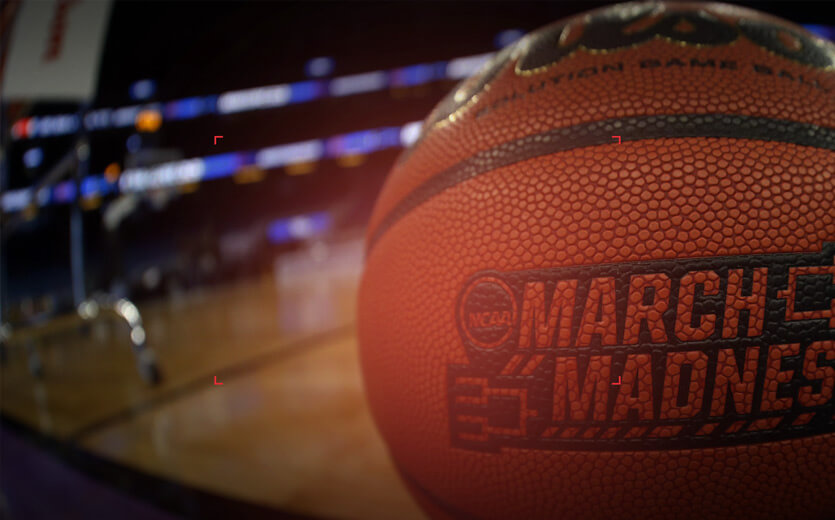 Virtually everyone has filled out a March Madness bracket at some point, carefully selecting picks to humble their co-workers or even make a quick buck. If you beat the odds with a perfect bracket, you stand to gain 1 million dollars a year for life, according to Warren Buffet.

For those looking to take their March Madness betting to a whole new level, there’s an increasingly popular alternative to the familiar routine of filling out an NCAA bracket every March: the Calcutta auction.

As you’ll learn, the structure of a Calcutta auction forces participants to blend the skills from many different domains; they aren’t nearly as simple as filling out a bracket or even laying down a wager at a sportsbook.

Think of a Calcutta action as a traditional March Madness bracket with a brainy spin, where participants’ considerations aren’t only picking winners, but also balancing the myriad complexities of the free market.

Origins and Fundamentals of Calcutta Auctions

A Calcutta auction is an open auction held jointly with any single-elimination tournament or competition with multiple entrants.

While commonly applied to March Madness, Calcutta auctions can theoretically be adapted to a tournament of any type, including horse races, golf tournaments, or tennis tournaments, essentially any iteration of a single-elimination contest imaginable.

Yes, that means someone could conduct a Calcutta auction on a spelling bee or a game of backgammon if they were motivated enough.

The Calcutta auction originated in Calcutta (now Kolkata), India, where British colonists used the format to wager on cricket.

Before we get into the nitty-gritty of how a Calcutta auction works, here’s a breakdown of the fundamentals:

The specifics of each auction can vary wildly depending on the size of the pot, the number of participants, and any other rules imposed on the auction, but the fundamental structure outlined above will always remain the same.

How Does This Work in Practice?

Calcutta auctions can be challenging to wrap your head around if you’re used to dealing with the fixed odds offered by sportsbooks. After all, a Calcutta auction probably has more in common with a Sotheby’s auction than it does with a conventional, top-down sportsbook.

Below, you’ll find a sample March Madness auction with our own hypothetical rules and regulations:

The percentages below reflect the portion of the total pot prospective team owners receive:

You’ll notice that the numbers above don’t add up to 100. That’s because the two losers of the final four, for example, will each capture 8% of the prize pool, while the two teams that emerge from the final four will either come away with 15% (as the runner up) or 30% (as the winner).

The four teams who lose in the Elite 8 will each receive 4% of the prize pool. And so on, and so on.

A key feature of Calcutta auctions is the option to allocate a portion of the pot to quirky, unconventional outcomes, such as awarding 3% of the pot to the biggest blowout, the worse seed to reach the elite 8, or the biggest upset against the spread.

These creative payouts make Calcutta auctions fascinating for bettors. Marquette’s 2003 tournament run, when they made the final four as a no. 3 seed before suffering the biggest loss of the tournament to Kansas would have made their owner a pretty penny.

It’s worth noting that our example does not include a cut for the organizers. Most Calcutta auctions are organized between friends or are conducted in an office, so the juice is more likely to come in the form of a round of drinks than being baked directly into the odds.

However, if you participate in a more organized Calcutta auction (think, a Calcutta auction hosted at a Country Club), expect whoever is organizing it take somewhere between a 5-30% cut of the total prize pool.

How to Assess a Team’s Value in A Calcutta Auction

Working and operating within the pressures of a Calcutta auction isn’t an easy task. You’ll need to do your research beforehand in order to avoid embarrassment.

The first thing you should do is assign probabilities to each team in March Madness. Head to your sportsbook’s NCAA Basketball section and convert the odds into an implied probability. For the most accurate results, don’t forget to remove the juice. If you’re feeling lazy, you could visit a website like fivethirtyeight.com and use their March Madness probabilities.

Once you’ve assigned probabilities to each team in the auction, use the payout percentages stipulated in your auction’s pool to calculate the expected value + (X) for each team, where X  represents the total value of the pot.

The first thing you should do in a Calcutta auction is assign probabilities to each team in March Madness.

X (again, the total size of the pot) typically remains unknown until the auction finishes. To this end, you can model the EV+ effectively, but it’s going to be very difficult to model for EV+(X) properly.

As such, accounting for the size of the pot is the tricky part of a Calcutta auction. You are better off assigning relative value to each team, comparing them directly to all other teams. As teams are purchased in the auction, you’ll develop a working idea of what the expected price of every remaining team would be (simply add together the auctioned teams with the remaining teams).

Of course, reading the market to predict auction behavior is part and parcel of being successful in a Calcutta auction.

You need correctly identify and capitalize on inefficiencies to find value in a Calcutta auction. For example, there’s tremendous value in correctly identifying the role of public perception in reducing or inflating the value a particular team and subsequently factoring this into your bids. At every Calcutta auction, someone’s bound to buy a team with their heart and not their brain.

It’s not that hard to imagine how this might work. If you’re on the West Coast, there’s a good chance your auction is going to overvalue PAC-12 teams. 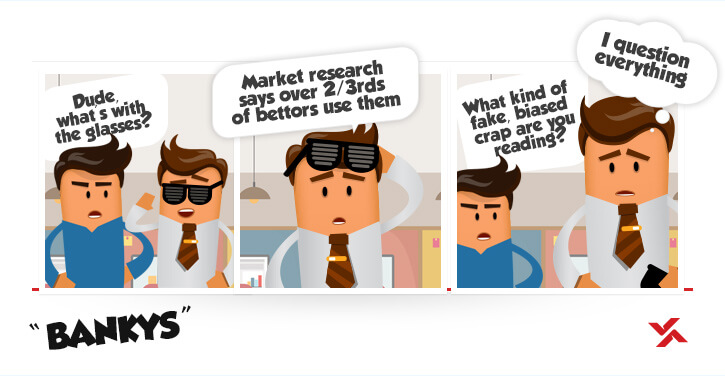 Of course, part and parcel of reading the market correctly is anticipating how psychological biases are influencing the other participants. Even in an information age where data and analytics reign supreme, biases die hard.

Everyone (including you!) has blinders that prevent them from seeing a fully accurate picture of the world.

The Best Way to Set Up a Calcutta Auction

The purest way to conduct a Calcutta auction is to make spending limitless and to auction off teams in random order. This way, participants have to deal with the full thrust of the free market, with no cap or restrictions.

There are some variations of Calcutta Auctions that have emerged in recent years that auction teams in reverse order of their seeds as opposed to a random order. This stratified bid order is a way to mitigate risk for the big money bettors planning on owning heavy favorites, as the heavily favored teams are bid on towards the end of the auction. This has the effect of reducing the risk that comes with larger bets.

In my eyes, this takes out a lot of the fun (and skill) involves in a Calcutta auction, or at the very minimum dilutes the integrity of the auction.

With no cap and a randomized order, participants can drive up the price of a highly-valued team up without a ceiling, meaning they assume a huge amount of risk in the event of an underdog upset. Additionally, if a participant pays too much for a heavy favorite and they end up winning, it’ll mean that they’re only really getting their money back when payouts are returned, greatly minimizing their return and the overall profitability of their investment.

The excitement of Calcutta auctions comes from a lack of certainly among participants regarding the total value of the pot. Of course, this forces you to estimate the intentions of all other participants before you can determine the value of each team. It’s a true Keynesian beauty contest.

Organize Your Own Calcutta Auction Today!

The open-ended nature of Calcutta auctions is fascinating, especially between friends, coworkers, or anywhere big egos can face off against each other.

If you’re searching for a fresh, exciting take on a March Madness betting competition, give a Calcutta auction a look!

Need some help with your picks? Check out the most common attributes of March Madness Champions or learn how to spot a March Madness upset.