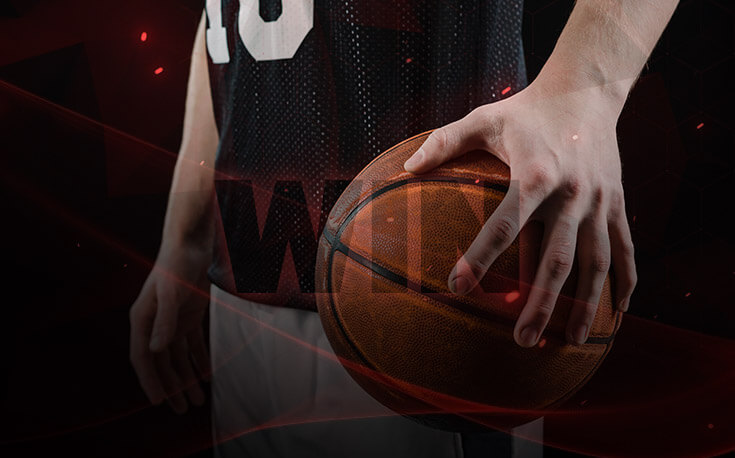 Anyone who has ever filled out a March Madness bracket knows just how fickle the NCAA Tournament can be. Every year, some tiny college from a town you’ve never heard of becomes the belle of the ball by knocking off a powerhouse. These Cinderella squads break up brackets, cost bettors millions, and make talking heads look foolish on TV.

Although picking a perfect bracket is nigh impossible, picking the champion is not. We’ve analyzed every Division I Men’s NCAA championship team from 2008 to 2021 and have found they have a lot in common.

This article details their many similarities and gives you a checklist for picking future tournament winners at the best NCAAB betting sites.

It’s nice having five-star freshmen, but you can’t expect them to do all the heavy lifting. Every NCAA championship team from the past 13 years has had multiple upperclassmen who were vital to their team’s success. Just look at the 2016-17 UNC Tar Heels, who were lead by juniors Joel Berry and Justin Jackson, and seniors Kennedy Meeks, Isaiah Hicks, and Tony Bradley. Meeks and Jackson combined for 47 points against Oregon in the semi-final, and Berry won the NCAA Tournament Most Outstanding Player award after scoring 22 against Gonzaga in the title game. Without their contributions, North Carolina never would have made it to the Final Four.

Or how about the 2017-18 Villanova Wildcats? Jay Wright’s team was led by National Player of the Year Jalen Brunson, who was a junior with well over 100 college games under his belt by the time the tournament rolled around. Even surprise Final Four Most Outstanding Player Donte DiVincenzo was a redshirt sophomore with about 80 games of experience. Only one freshman (Omari Spellman) played more than 15 minutes per game for Nova, and he was a redshirt as well.

The 2019 Virginia team that avenged 2018’s stunning upset at the hands of UMBC was led by Kyle Guy (junior), Ty Jerome (junior), and De’Andre Hunter (sophomore) – who would all turn pro the next year. All three averaged over 13.5 points, 4.2 rebounds, and 2.0 assists per game.

Upperclassmen know the system, are less likely to get rattled by the bright lights, and are generally more physically and emotionally mature than freshmen. That counts for a lot when you’re playing against 18-year-olds.

The last 13 NCAA championships have been won by ten different coaches and all but two (maybe three) had a Hall of Fame-caliber resume at the time they won. The obvious exception is Kevin Ollie, who was promoted to head coach at UConn in 2012 following the retirement of Jim Calhoun, and won a championship two years later. Ollie did an exceptional job guiding his team, but Calhoun deserves plenty of credit for assembling the talented roster that Ollie inherited.

Taking Ollie out of the equation for a moment, seven of the remaining nine coaches all had at least 24 years of head-coaching experience, over 500 career victories, and a lifetime winning percentage above 64.0% at the time they won. The others were Tony Bennett (Virginia, 2019), who had a lifetime winning percentage of 72.5% at the time of his title (323-122), and Scott Drew (Baylor, 2021), who is at 64.4%

It’s worth noting that all nine coaches had also been to the Big Dance multiple times before and seemed unfazed by the added media scrutiny and the increased weight of expectations.

It’s hardly a coincidence that ten of the last 13  Tournament MOPs have been guards. Guards – and point guards in particular – are the engines that drive college teams. They facilitate the offense and set the pace of play. In many cases, they’re also the most gifted offensive players on their team.

Point guards have always been important in college, but their role has expanded exponentially over the last 20 years with the rise of three-point shooting and a deliberate move away from hand-checking. These floor generals now have more space to operate and are putting up the kinds of numbers that would make Pete Maravich blush. More often than not, their production is an excellent barometer of just how far their team will advance. 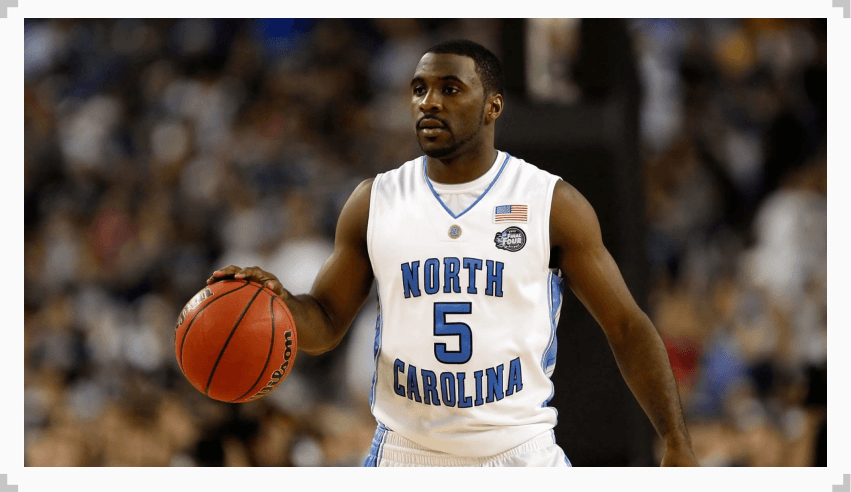 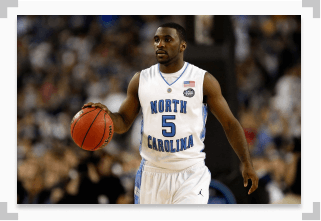 4. March Madness Champions Finish in the Top 4 of the BPI

Ten of the last 13 NCAA champions have ranked third or better in ESPN’s College Basketball Power Index, a ranking tool designed to predict a team’s future performance. The lone exception is UConn, which ranked 25th in its championship seasons of 2011 and 2014. The Huskies were largely overlooked in 2011 because they were mired in NCAA investigations and finished 9-9 in the Big East. Experts again dismissed them in 2014 because they finished third in the ACC and struggled against top-flight programs.

Another prescient ranking system is the USA Today Coaches Poll. Over the past ten years, UConn is the only tournament champion to finish outside the top six in the poll during the final week of the regular season. They finished 19th in 2011 and 2014. The lesson here is simple: unless you’re picking a school from Storrs, make sure your bracket’s champion is a top-six team in the Coaches Poll, and strongly consider picking one of the top three. 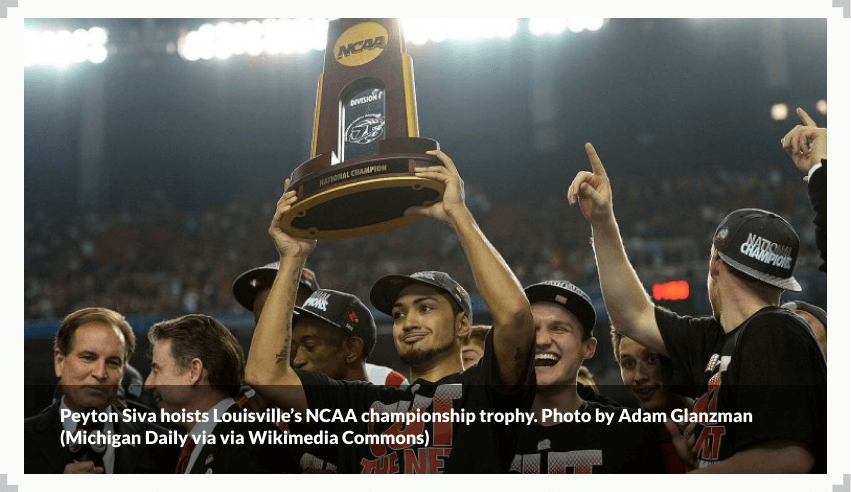 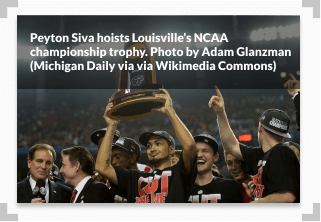 In order to dominate March Madness, you need a large student body full of large student bodies. Every single NCAA Tournament champion from the past 12 years has come from a school with an enrollment of at least 10,000 students. Duke and Villanova are the two smallest schools — with enrollments of 10,000 and 14,000 respectively — while Kansas, UNC, UConn, Kentucky, Louisville, and Virginia are all home to at least 21,000 students. That doesn’t guarantee a school with 20,000 students will win (just ask the University of Central Florida), but it certainly weeds out smaller schools with less money and infrastructure.

6. March Madness Champions Can Light It Up from Deep

Every NCAA Tournament champion from the past 13 years has been an above-average three-point shooting squad. The 2010-11 Huskies and 2012-13 Cardinals finished on the low end of the spectrum at 33-percent, while the 2007-08 Jayhawks outclassed everyone by nailing 39-percent of their treys. Kansas was led that year by point guard Mario Chalmers, who shot 46-percent from behind the arc, and forward Brandon Rush, who shot 42-percent.

The 2018 Villanova Wildcats took this trend to a new level, hitting just at just a shade over 40-percent (11th in the country) while attempting the fifth-most treys in the nation. The 2019 Virginia Cavaliers were almost as good, hitting 39.5% from three.

In 2021, Baylor put an exclamation point on this trend. The Bears were literally the best three-point shooting team in the country that year (41.3%) and were on fire in the title game against Gonzaga, going 10-23 (43.5%).

Before you etch your NCAA Tournament winner in stone, make sure they can shoot.

It turns out that old chestnut about defense winning championships is actually true. Every single NCAA Tournament champion from the past 13 years has ranked in the top 25 in adjusted defensive efficiency at KenPom.com, the definitive source for college basketball analytics.

Most Important Stats for March Madness

The table below distills most of the information above into a more-concise, digestible format.

If you’re in the market for some more advice on gaining a leg up on your sportsbook, you’ve come to the right place. Check out the rest of our strategy guides and boost your bankroll today! We cover everything from Final Four trends to regression systems like the Martingale system.