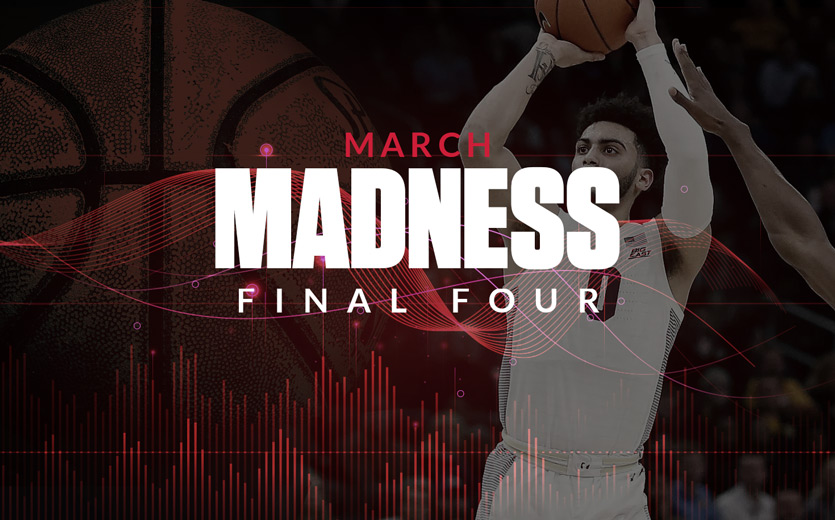 The Final Four is the crux of any good bracket. Whether you’re setting up your perfect, gonna-win-it-all dream sheet or just betting the March Madness Final Four, there are some trends to look out for.

It’s important to remember that trends below are historical. Some are weird, some are wonderful, some are based on reason, some are pure coincidence. It’s incumbent on every bettor to think critically before they wager their money. Use resources like our Final Four odds tracker to do your own research.

There’s a saying that past performance is the best indicator of future success, but due to factors like roster turnover and coaching changes, past performance in college basketball can be a red herring at times.

With that out of the way, here are the most-notable Final Four betting trends from the past 36 years. Remember there was no NCAA Tournament in 2020 due to COVID-19.

1. Twenty-one of the last 23 NCAA champs have come from the Eastern time zone

This is just a weird one. There’s something to be said for the travel schedule favoring teams furthest east, and also for UNC, Duke, Kentucky, Villanova, and Connecticut all being in the same time zone. It’s not a huge diversity of teams that are winning the national title.

A big sports media thing is that, “it’s the Final Four, so anything can happen.” Where we’re going you don’t need tournament seeds, bucko.

Except they do matter, inasmuch as they correlate with success; 21 of the 52 teams to make the Final Four from 2008-2021 were #1 seeds, and 15 of them made the championship game. Tenof those won the title. That’s well above what you’d expect from chance.

Thirteen of the teams to make the Final Four since 2008 were #5 or lower, and just four of them made the championship game. Only one (2014 UConn, which was #7 in the East), won the title. Six of those 13 teams were #8 or lower, of which just two progressed and neither won it all.

It’s not a big enough sample size to draw any iron-clad conclusions, but don’t go thinking that, past a certain point, tournament seeds stop mattering. Higher-ranked teams win at a higher rate than you’d expect from chance.

3. The #1 seeds beat the spread, slightly

4. The favorites have been on a tear in the semi-final 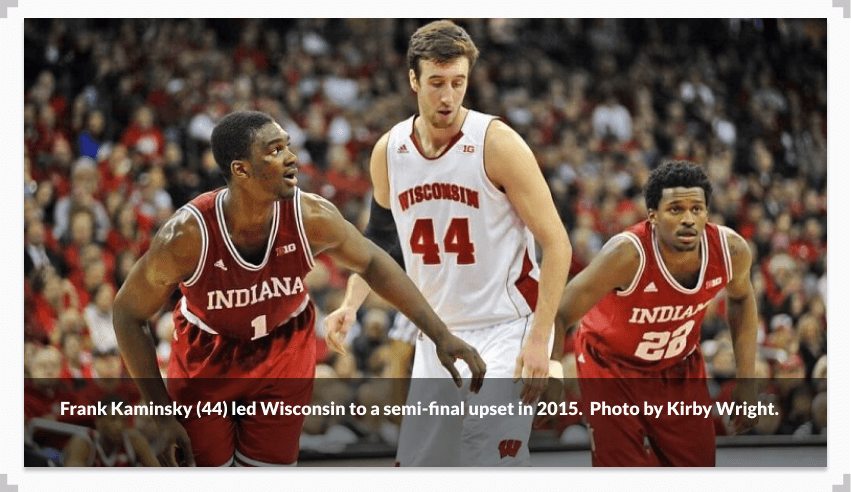 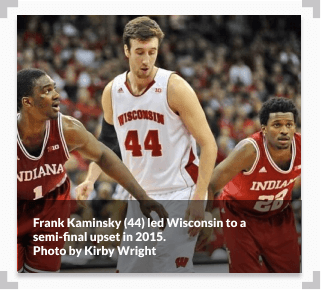 5. Favorites have won three of the past four championship games

Underdogs were on a bit of a run in the championship game until 2017. In 2014, UConn upset Kentucky. In 2015, Duke topped Wisconsin as a short underdog. And in 2016, UNC was upset at the buzzer by Villanova.

But UNC’s win over Gonzaga in 2017 was followed by Villanova winning as a big favorite in 2018, and UVA beating Texas Tech as a two-point favorite in 2019 (albeit in overtime). Baylor stopped that trend with its 86-70 destruction of Gonzaga in 2021. 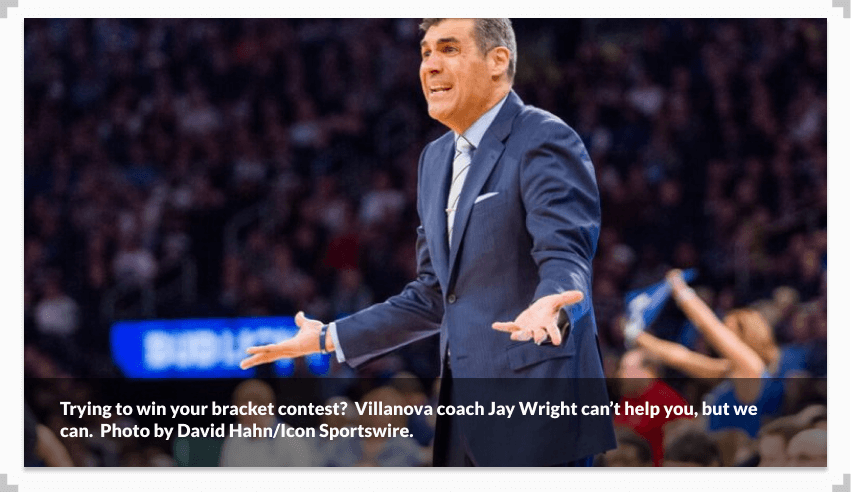 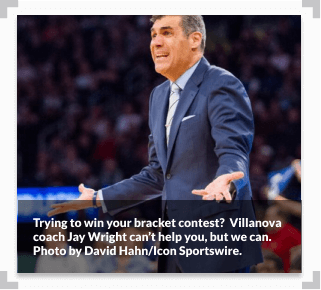 This is an old saw that turns out to be surprisingly accurate. We’ve assembled 12 years of Final Four results (from the 2008 tournament to the 2021 tournament) with each team’s ATS record for that season. Before you get mad: you’ll notice that we’ve let Louisville’s championship stand, because our bookie sure did.

(Championship teams are in bold. Runners-up are in italics.)

A few things stand out: the vast majority of Final Four teams have a winning record against the spread. Just 10 of the 52 teams listed here finished the year with an ATS record below 50%, three of which came in 2010. Of those, two won championships, for a winning percentage of 25%, or what you’d expect for a playoff of four evenly matched teams.

Sixteen teams in this group finished with ATS records over 60%. Of those 16, nine won championships, three more were finalists, and only four missed the championship game. That’s more than you’d expect from chance, a lot more.

7. Winning the first one is tough

Since 2000, 15 teams have made the championship game and had the opportunity to win their first title. Of those, just five have been successful. Of those, 2003 Syracuse was on its third try, 2006 Florida and 2021 Baylor were on their second, and only 2002 Maryland and 2019 Virginia were able to win on their first try. 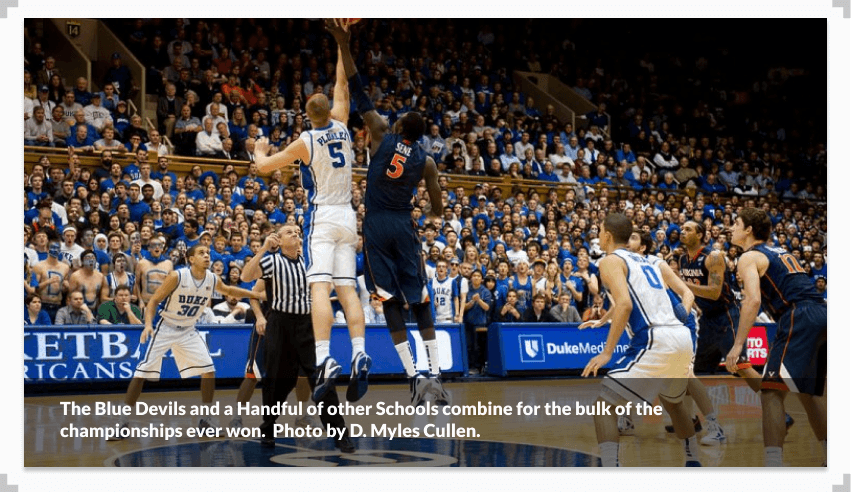 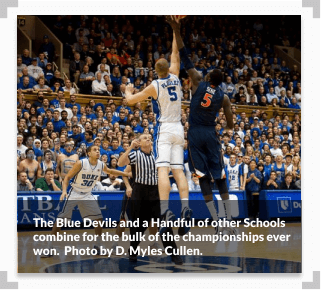 From 2005 to 2021, 19 coaches reached their first Final Four. Their teams went 11-8 straight up, which is impressive considering the circumstances, and 12-6-1 against the spread, which is deeply impressive any way you look at it.

[Since 2002] 12 national champions have ranked in the top three in offensive efficiency.

In 2018, we flagged Virginia and Cincinnati as high seeds that ranked well outside the top 20. The Bearcats lost in the second round, and we think you remember what happened to Virginia when they faced UMBC.

When we look back at the year in sports in 2018, UMBC’s upset over No. 1 Virginia sticks out as one of the most surprising moments (by @thedangreene) https://t.co/0wDwshy3xa

What many casual fans won’t remember is that, when UVA came back to win the title in 2019, their slow, methodical offense actually ranked second in all of Division I in efficiency.

As important as a great offense is, a respectable defense may be even more crucial. Since 2002, no team has won the national championship with a defense that ranked lower than 18th in the nation in efficiency (2009 Tar Heels).

Unfortunately, there’s a lot more to making money betting on March Madness than just Final Four trends. If you really want to beat the odds and pick a winner on your bracket, we’ve closely examined 7 perennial attributes of March Madness winners.

If you’re feeling competent and up to speed with your March Madness betting knowledge, check out the rest of our strategy guides.