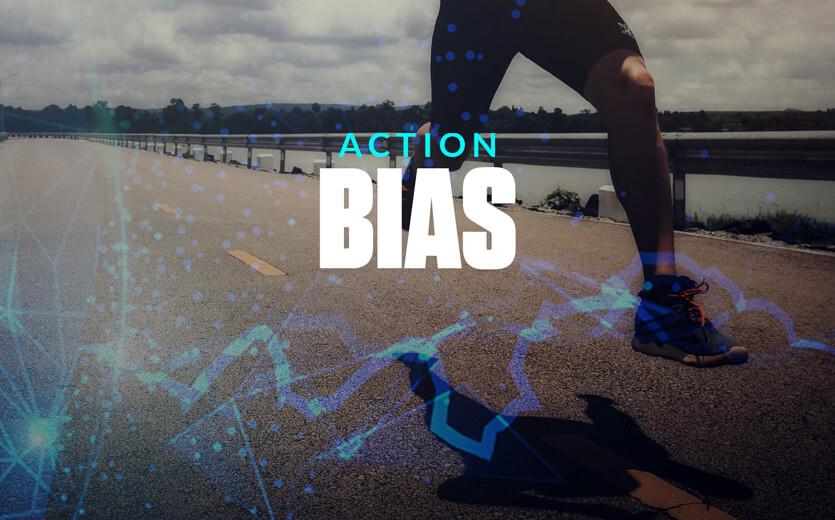 Have you ever switched lines in the supermarket, thinking that by changing, you’re going to expedite the process? Or tried to take a shortcut through traffic, only to see it end with an even longer wait?

If either of these situations rings a bell, then you’ve fallen victim to the same cognitive bias that affects everyone from professional athletes to investors to sports bettors: the action bias.

Sometimes it’s better to fight the natural human tendency that leads us to believe that doing something is better than nothing.

To learn more about the action bias, how it affects our sports bets, and how to avoid it, read on.

What Exactly Is the Action Bias, and Where Does It Stem From?

The action bias stems from the human desire to control the situations we find ourselves in. It’s in everyone’s blood to combat feelings of helplessness. In fact, acting for the sake of acting is one of our first natural responses that fulfill our instinctive desire for control.

Understanding where this desire for control comes from (overconfidence, new ideas, panic, etc.) isn’t necessarily essential. What is integral is that action bias causes us to prefer action over inaction, even though showing restraint is almost always the more prudent move.

Sometimes it’s better to fight the natural human tendency that leads us to believe that doing something better than nothing.

Instead of thinking our actions through, we frequently default to quick solutions to the various situations we face, even when we don’t have a full understanding of whether we’re improving our circumstances or merely wasting our resources.

The Two Main Manifestations of the Action Bias

As we mentioned above, we have an inherent disposition to think that making decisions slowly, showing restraint, and waiting things out isn’t as valuable as acting for the sake of acting.

However, this isn’t the case.

The origins of the action bias were discovered in a 2007 study penned by Michael Bar-Ali, Ofer H. Azar et al.

These authors set out to study the wisest course of action for professional goalkeepers trying to save penalty kicks in soccer.

Goalies must immediately determine how to save the penalty shot before they observing which direction the kick will move. In order to be successful, soccer goalies must have a solid understanding of not only individual shooter’s tendencies, but also of risk and probability. 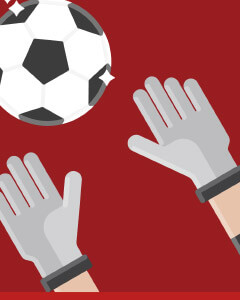 In their research, the authors uncovered startling results: In their analysis of 286 penalty kicks, they found that the majority of penalty kicks were aimed towards the center of the goal.

Consequently, the researchers determined that, statistically, the smartest strategy for professional goalkeepers to save penalty kicks was to stay in the center of the net.

The researchers found, however, that goalkeepers tended to make dramatic dives to the left or right a whopping 94%of the time. The reason was simple: the action bias.

Doing Nothing in Net Causes Discomfort and Embarrassment

The study found that getting scored on while staying in the center of the net yielded worse feelings for goalkeepers than if they got lost after dramatically diving to one side of the net. Goalkeepers felt more satisfaction knowing they had done something, even if their actions increased penalty kick success.

Clearly, the desire to do something instead of nothing was even greater than the desire to make the most informed decision to keep their opponents from scoring.

The authors followed up the study with a survey of 32 professional goalkeepers, who revealed that they were hesitant to stay in the center of the net because they were afraid of being berated by teammates, coaches, and fans for remaining stationary.

The Action Bias Affects Many Groups of People

The effects of the action bias reach far beyond professional soccer goalies.

A well-known study by Eugene Fama of the University of Chicago showed that patient and passive investors saw a higher ROI in their portfolios, rather than investors who felt compelled to continually move their money around. A study at the Wharton Department of the University of Pennsylvania similarly showed the merits of avoiding the action bias.

Avoiding the action bias can pay off, literally!

The Action Bias and Police Officers

One prominent example that testified to the benefits of avoiding the action bias was in a UK study of police officers.

Researchers studied British police officers tasked with dealing with minor disorders outside of nightclubs. The study found that some officers (often the longest tenured and most mature police force members) opted not to intervene in smaller disputes, instead hanging back to let minor altercations resolve themselves.

This group preferred to “keep an eye on the situation” when they determined that these incidents were unlikely to develop into ones that would put other members of the public at risk.

Conversely, another group of officers (often less experienced and younger) were significantly more likely to intervene in all situations. The study clearly showed that intervening in altercations actually escalated a situation.

The first group of police officers reported significantly fewer injuries and arrests on their shifts than the police officers who intervened prematurely. The second group was significantly more likely to be involved in serious situations that escalated, and they reported more arrests, more injuries, and a higher number of people involved in police incidents on their patrols.

When asked why they got involved in minor situations so early, nearly every officer stated that they “felt compelled to do something,” and that “sitting around doing nothing [wasn’t] an option.”

The action bias made these officers feel like they had no choice but to act, with negative
consequences for everyone involved.

The Action Bias and Sports Betting

Thanks to the underlying advancements in technology, wagers have never been easier to make on online sportsbooks. Every bettor is afforded with endless and instant ways to place wagers that not only require minimal effort, but minimal thought.

Further, everything about the UX and UI is designed to induce you to make a wager, from button sizes to the drop-down menus. These designs intersect with the action bias that play upon our natural urges to choose action over inaction.

However, it’s important to recognize that betting just to bet isn’t the right strategy, despite what your sportsbooks might encourage.

As every sharp sports bettor knows, money should never be wagered unless the value is solid. We recommend that periodically, you should take an occasional step back from wagering to recalibrate your strategy, as well as review your recent successes and losses.

The Action Bias Is Especially Applicable to New Bettors

Professional sharps turning a profit by betting on sports through a tremendous amount of betting volume is well-documented. For example, the sharp practice of arbitrage betting (which generally only yields of profit of 1-5% per bet), means that sharps have to place a large number of bets to make it worthwhile.

If sharps want to make their livelihood betting on sports, they have bet a lot. The action bias simply isn’t as applicable to a beginner bettor who’s starting to learn the ropes.

While a sharp might have a breadth of knowledge and a well-practiced set of strategies, this isn’t true of a sports bettor who’s still trying to get comfortable with the types of bets they’re trying to place.

The action bias makes us default to quick solutions to problems and challenges we face, even if we don’t yet have a full grasp of whether we’re improving our circumstances (or wasting our resources). Sharps are much more likely to have solid intuitions about their bets compared to brand new bettors.

Consequently, new bettors are exceptionally well-advised to resist the urge to bet just for the sake of betting, as they don’t have the same bedrock of experience and knowledge that sharps do.

The Antidote to the Action Bias? Be Patient

When betting on sports, sometimes the best strategy is to sit back, consider your options, do your research, and plan bets accordingly.

Next time you feel the compulsion to place a bet, scrutinize whether it’s a wise decision, and remember the importance of patience. There’s no harm in doing more sports betting research, waiting for a more valuable line to emerge, or brushing up on some strategy, instead of just laying more money down.