How to Bet on Basketball: Pro Tips for Smarter NBA Wagers 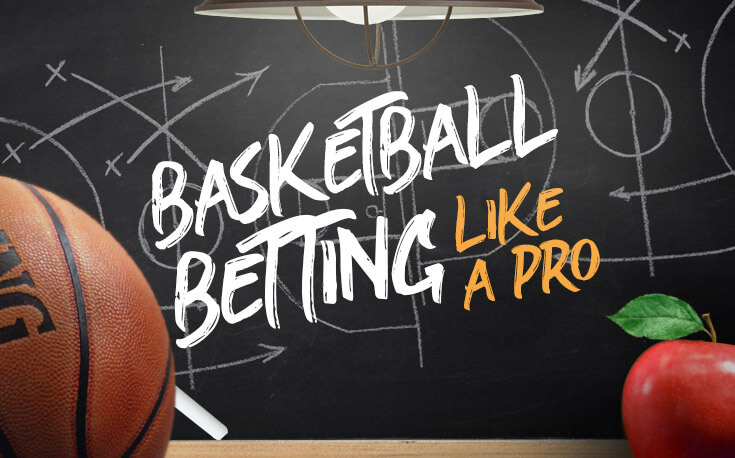 While the NFL is still the hottest sport among bettors in America, the NBA is narrowing the gap. According to a recent survey from Statista, 24% of all respondents said they had placed a bet on an NBA game. That’s a significant increase from years past, and it serves as a testament to the league’s growing popularity and accessibility.

Sportsbooks are wise to the sudden uptick of interest in the NBA and now offer more basketball props and odds than ever before. There has never been a better time to get off the sidelines and into the NBA betting game. Following these NBA betting tips will help you make smarter, more profitable wagers and provide insight on how to pick which NBA games to bet on.

Professional basketball bettors have a shrewd ability to spot value in betting lines that comes from hundreds of hours of practice and a strong aptitude for math. That said, the pros have a couple of habits that are easy for amateurs to copy and will instantly lead to smarter NBA wagers.

Use Your Head (Not Your Heart)

There is a tendency among amateur bettors to wager on their favorite teams to win. Sure, there are a few historically successful NBA dynasties, but each team’s abilities and betting value change daily. You can’t capitalize on these changes if you’re only pulling for the hometown team.

The first step towards becoming a successful bettor is taking your emotions out of the equation.

The first step toward becoming a successful bettor is taking your emotions out of the equation. Forget about the posters you had on your wall growing up or the jersey you wore on your first day of junior high. Betting is serious business and it requires you to use your head, not your heart.

Before laying down your hard-earned cash, take a moment to look at how teams have fared in head-to-head matchups in the past. LandofBasketball.com has a terrific interactive chart that tracks the all-time head-to-head records of every team in the league. It’s especially helpful when looking at veteran teams that have kept the same core intact for many seasons.

If you would like to view more recent results, you can also check out ESPN’s team comparisons for the current season here. These detailed pages provide standings, head-to-head matchups, stats leaders, offensive stats, and defensive analytics. To paraphrase George Santayana, “those who cannot learn from history are doomed to lose a fistful of cash.”

Major personnel changes will have an immediate impact, but don’t discount the effect of smaller changes adding up over the years that result in drastically different lineups and team dynamics.

How to Pick Which NBA Games to Bet On

With 1,230 games played in a typical NBA regular season, there are lots of opportunities to get your basketball wagers in. Beyond simply looking for enticing lines, here are some additional suggestions that can help you decide which NBA games to bet on.

NBA players are only human, and they take getting traded very personally. Just look at the case of DeMarcus Cousins, who showed his displeasure towards the Kings by going off for 41 points, 23 rebounds, and six assists in his first trip back to Sacramento. Or how about Brook Lopez’s first game against the Brooklyn Nets, which brought a season-high 34 points and ten rebounds.

When choosing who to bet on, keep an eye on so-called “grudge matches” or “revenge games” in which a recently traded player is facing his former employer for the first time. If they are a talented player, there’s a decent chance a strong grudge performance will be enough to will their new team to victory.

The NBA has done its best to minimize the effects of player fatigue by reducing the number of back-to-back games and eliminating stretches of four-games-in-five-nights. However, the league’s 82-game schedule remains a serious grind, and teams still average 14.4 back-to-back games from October to April.

Teams playing in the second game of a back-to-back win just 44% of the time.

When deciding which NBA games to bet on, keep a team’s schedule in mind before laying down your cash. Studies have shown that teams playing in the second game of a back-to-back stretch win just 44% of the time.

Number crunchers at Green and Gold Analytics have also found that a team’s net rating drops by 2.21 points per 100 possessions in the second game of back-to-back games. In other words, they’re considerably less efficient on offense and defense when they play on back-to-back nights. 2.21 points is a significant amount, and it can easily be the difference between covering the spread and losing a pile of money.

Consider how far an NBA team must travel to get to its games, and how many time zones it passes through in the process. The Golden State Warriors, Portland Trail Blazers, and Minnesota Timberwolves routinely lead the NBA in miles traveled, while the Cleveland Cavaliers and Indiana Pacers generally rack up the fewest air miles.

Players who travel less tend to be better rested and more energetic. That extra freshness can make a big difference at the end of regulation with the game on the line.

Remember that in the NBA, Home Court Advantage Matters

Most players prefer playing at home, but it may surprise you just how important home-court advantage really is in the modern NBA. According to a study conducted by ESPN,  61.2% of all NBA games have been won by the home team since 1975. While new studies suggest that this number is dropping, playing in your own arena remains a huge advantage – and a crucial one for bettors to consider.

Watch out for home underdogs who play in arenas known for home-court advantage as these games may offer some added value. For example, it’s well-documented that the altitude of Denver and Salt Lake City have long provided the Nuggets and Jazz with a distinct advantage over visiting teams, who often struggle to acclimate to lower oxygen levels in the air.

An injury to a key star can drastically change the outcome in any sport, but it’s especially damaging in basketball, where a single talented player can have such an outsized impact on both sides of the ball.

Consider the case of the 1996-97 San Antonio Spurs, who experienced a 39-game drop-off due to a season-ending injury to Hall of Fame center David Robinson. Or how about the 2011-12 Portland Trail Blazers, who experienced a 20-game drop-off of their own due to the absence of three-time All-Star Brandon Roy. More recently, the 2019-20 season saw the Golden State Warriors fall from five-straight NBA Finals appearances to last place and a .231 record in the absence of injured All-Stars Steph Curry and Klay Thompson.

Keep an eye on the injury reports before laying down your bet to ensure your bottom line doesn’t take a bigger beating than the guys on the injured list.

Now that you have a sense of what to look for when choosing which NBA games to bet on, let’s consider a few other things to keep in mind when placing your bets.

Get to Know Coaching Tendencies

You can glean a lot from evaluating players, but the overall game plan is equally important to the success of an NBA team. Understanding the quirks and tendencies of NBA coaches is a key part of the equation when handicapping NBA games.  Consider the influence of coaching strategy on player statistics, as well. Certain coaches prefer to rest their best players during the fourth quarter of blowouts, thereby decreasing individual player stats and lowering the overall point total.

On the flip side, other coaches will continue to ride their stars into the ground, thereby driving up scores while also increasing the odds of fatigue and injury from one game to the next. Understanding these tendencies can be invaluable when predicting point spreads and final scores.

Understand Scoring and the Pace Factor

Before taking the over or under on a game total, there are two crucial stats you should consult. The first is Pace Factor, which is an estimate of the number of possessions a team will have per 48 minutes. The NBA does an excellent job of tracking Pace Factor.

The second critical stat is team scoring, which the NBA tracks here. Team Scoring tracks the number of points a team scores per game and includes regulation and overtime points.

The highest-scoring teams aren’t always the ones with the highest Pace Factor, and vice versa. That’s because a fast pace often results in turnovers and erratic shooting.

If you examine both stats closely, you’ll notice that the highest-scoring teams aren’t always the ones with the highest Pace Factor and vice versa. That’s because a fast pace often results in turnovers and erratic shooting. Perform a side-by-side comparison to find the teams that excel at both.  Teams with strong showings on both fronts will average a high number of possessions per game and score efficiently with those possessions.

When you find matchups between two fast-paced, efficient offenses, you should strongly consider betting the “over.” This isn’t a blanket rule, of course, since sportsbooks have access to the same information and may set the total extra high for such games.

Find the Story Behind the Numbers

Trends are valuable indicators, but they can also be misleading if you fail to consider the larger context behind the numbers. The fact that a team scored 110 points in its previous game doesn’t necessarily mean its offense is firing on all cylinders. Go back and look at how those points were scored. It’s possible the other team was resting its starters in anticipation of a long road trip, or they may have been playing shorthanded due to injuries or suspensions.

Spending the extra time to get the full picture behind the numbers is an investment in the success of your basketball bets. Simply put, your wagers need to be based on detailed insights to ensure long-term financial success.

Shop Around for the Best Value on NBA Games

Not all sportsbooks are created equal. You’ve probably noticed that many offer different odds and point spreads for the exact same basketball games. Take your time and shop around, looking for the best odds but also considering the bonus offers, range of betting lines, and other site features that are most important to you.

Not sure where to start? Here’s a list of some of the most trusted sports betting sites.

Keep Track of Your Results

Anyone can win a bet or two, but those looking to achieve long term success need to systematically record all their wagers.

Consider creating a spreadsheet that includes the date, sportsbook, wager, odds, final score, and your profit or loss. Include another column for observations and insights from the action. This data will help you refine your strategy and make more informed betting decisions.

As you track your profitability over time, you’ll notice the benefits of taking the time to perform detailed research on each of your wagers. Keep an eye on NBA basketball betting to keep up to date on the latest news and trends from around the Association, and enjoy the action!