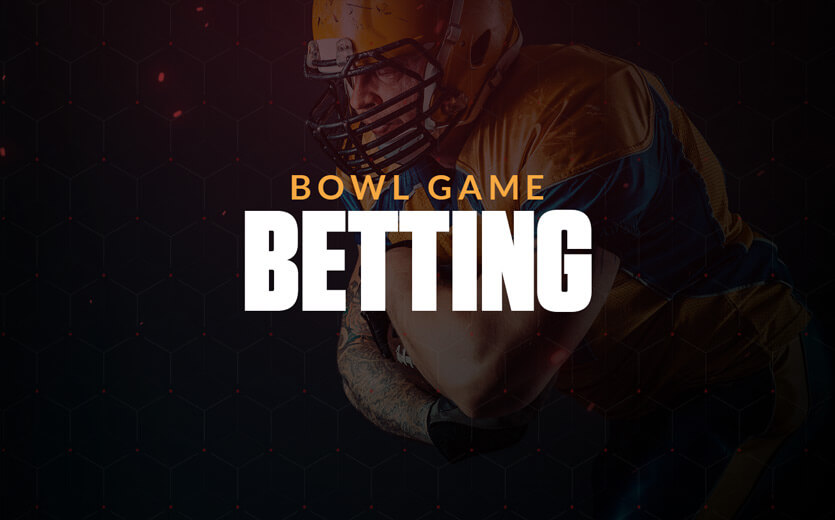 Betting on college football bowl games can be a fun holiday pastime, but their unique nature introduces a handful of factors that bettors need to be aware of. Among our nation’s finest sporting traditions, bowl games pit successful college teams against each other in ways conference scheduling usually doesn’t allow. This makes for a number of interesting matchups you simply won’t see during the regular NCAA football season, but it can also make handicapping your wagers more challenging.

Here are four key things to consider before wagering on bowl games at one of these online NCAAF betting sites.

Bowl games are held after the conclusion of the college football regular season, with games occurring from late December through mid-January. Bowl games vary widely in their significance, with some acting as crucial steps in the College Football Playoff, and, at the other end of the spectrum, others functioning more as meaningless exhibition games.

The most important post-season college football games are the College Football National Championship and the ‘New Year’s Six’ bowls, which include two games designated as the College Football Playoff Semifinals, and four additional bowl games with historical significance as the most prestigious and competitive games.

Inclusion as a College Football Playoff Semifinal rotates among the New Year’s Six games, with the following pairings cycling through every three years:

Just appearing in these games is every football player and coach’s dream, and success on the brightest of stages can make careers. Rest assured that everyone involved will do everything in their power to win those games. Bet on them as you would any other important college football game.

For the other bowl games, however, effort level – and even the appearance of star players – are not guaranteed.

After a disappointing season, a trip to a less prestigious bowl game might not be the most inspiring prospect for a team. Players that were gunning for a playoff berth may be dejected at the thought of suiting up in the Raycom Media Camellia Bowl.

Remember that you’re dealing with kids as young as 18. Their reactions to disappointment are not eminently predictable. Furthermore, star players headed to the NFL will be unwilling to risk injury for a small-name bowl game with no bearing on official records.

Bettors would be well advised to steer clear of betting on non-playoff bowl games too early, especially if they involve star players. Recently, many of college football’s best have opted to skip their teams’ bowl games to stay healthy ahead of the NFL draft. Waiting until closer to kick-off ensures that key players get on the team plane to suit up for the game. Every year, the absence of key player makers changes the competitive landscape of a handful of less prestigious games.

Before television coverage was widespread and conferences were more regional, bowl games were designed to showcase exotic talent from all over the country. When Alabama played Washington in the 1926 Rose Bowl, most Husky fans were seeing the Crimson Tide for the first time, and vice versa.

While teams and bettors today have a much better sense of the competition nation-wide, bowl games are still dominated by unusual matchups that allow teams to capitalize on stylistic differences. As hard as it is to keep up year-to-year with the changes and strategic adjustments of regular-season opponents, it’s doubly hard to adjust to a team you’ve never played before and only have 12 games of tape on.

Add in less popular strategies like the triple-option, and you have a recipe for confusion and struggle. This introduces more volatility into the already very unstable pursuit that is college football betting.

Bowl games are dominated by unusual matchups that allow teams to capitalize on stylistic differences.

Before you bet, do your research and make sure that your opponent isn’t playing some wacky offense your team hasn’t seen before. Very few teams play the triple option, for example, but it’s been historically favored by the service academies due to their challenges in recruiting top-tier talent and fielding larger players capable of consistent pass protection (academic standards are extremely rigorous, all players must serve in the military after graduation, and military weight restrictions make for a physically smaller offensive line).

Make sure you closely evaluate the strategies and peculiarities of each team in any bowl game you bet on. On the simplest level, identifying a matchup between, say, a team with a very strong run game and one that allows huge amounts of rushing per game can provide significant value on the betting line. Simply looking at each team’s straight-up record and strength of schedule won’t reveal these nuances, so dive a bit deeper into individual statistics to get a taste for each teams’ particular flavor.

Come bowl season, check out SportsBettingDime’s matchup pages by selecting ‘All Odds & Stats’ for any game at this link for a quick glance at these numbers before every matchup.

College football teams are good at traveling to their conference opponents. They know how to get there, they’re familiar with their accommodations, and they can perform at or near the best of their ability. Bowl games, however, force teams to travel to places they’ve often never been before, including locations well outside of their own time zone.

Exotic locations like that of the Hawaii Bowl make for great panoramic stadium drone footage, but they also make for extremely long travel days that many college players are unaccustomed to. That travel, combined with special events that bowl sponsors put on before games, can interfere with peak athletic performance.

When the Citrus Bowl was sponsored by Buffalo Wild Wings Citrus Bowl, for example, both teams were challenged to an all-you-can-eat chicken wings contest the night before the game. In 2016, LSU players ate over 4,000 wings. They went on to win the game 29-6, but it’s a safe bet to assume more than a few LSU players felt less than ideal as they took to the field that year.

Remember: the farther a team needs to travel, the more likely to suffer on the field as a result.

Outside of the New Year’s Six and College Football Playoff-associated bowl games, matchups are not determined by rankings or even directly determined by team records. Ultimately, the college football conferences, university athletic directors, and corporate sponsors who collectively seed the bowl game schedule are more concerned with maximizing profit and exposure than they are with creating even matchups.

This can lead to some very mismatched competitions, so try to identify games with grossly mismatched levels of skill. Don’t ignore smaller bowls featuring programs that tend to be outside the national spotlight! Oddsmakers aren’t any more accustomed to handicapping them than you are, so there’s an opportunity to find value outside the New Year’s Six. You just need to do the research.

Sports Betting Dime offers detailed instructional betting content on all major sports (and more!) in our comprehensive  how to bet on sports section.

Whether you’re looking for more college football betting strategy, want to understand the differences between college and NFL football betting, or simply want to brush up on sports betting fundamentals, our betting guides section can help provide the knowledge you need to grow your bankroll.