The Jazz (20-28, 6-19 away) and Raptors (32-14, 17-3 home) have been making headlines for very different reasons lately. Toronto has been in the news because of the stellar play of Kyle Lowry and DeMar DeRozan, both of whom were named to the NBA All-Star Game for the fourth time in their careers. The decorated duo is averaging 41.5 points, 11.7 assists, and 10.1 rebounds per game and have the Raptors in sole possession of second place in the Eastern Conference.

The Jazz, meanwhile, have been the source of endless rumors as management considers blowing up the roster and starting fresh. Derrick Favors, Rodney Hood, Joe Ingles, and Ricky Rubio are all available for the right price and could find themselves on new teams well before the league’s February 8th trade deadline.

In fact, the only players who appear to be immune from trade talk are rookie Donovan Mitchell, who leads the team in scoring, and Rudy Gobert, their All-Defensive 1st Team center. GM Dennis Lindsey has views Gobert as the team’s centrepiece. “We look at him, and he’s a top 10 player and unique defender,” Lindsey recently told the Salt Lake Tribune. “We wanted to build a team around his talents.”

The Jazz pulled out a gritty win against Detroit on Wednesday, but it’s only a matter of time until the rumors and innuendo swirling around the team begin affecting performance. Even a minor lapse in focus could turn tonight’s game against the Raptors into a seriously lopsided defeat. 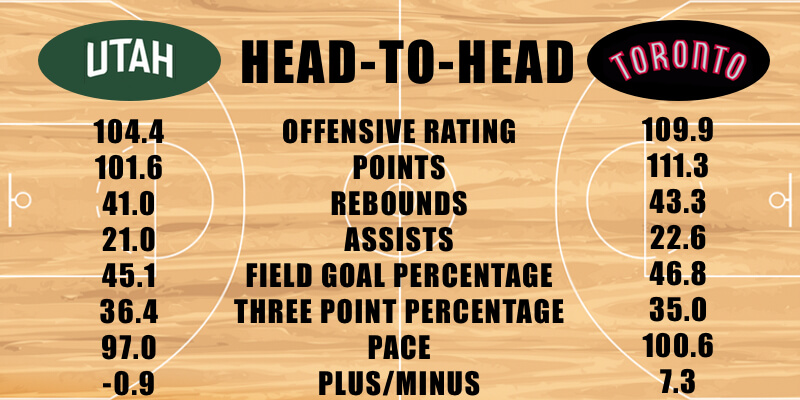 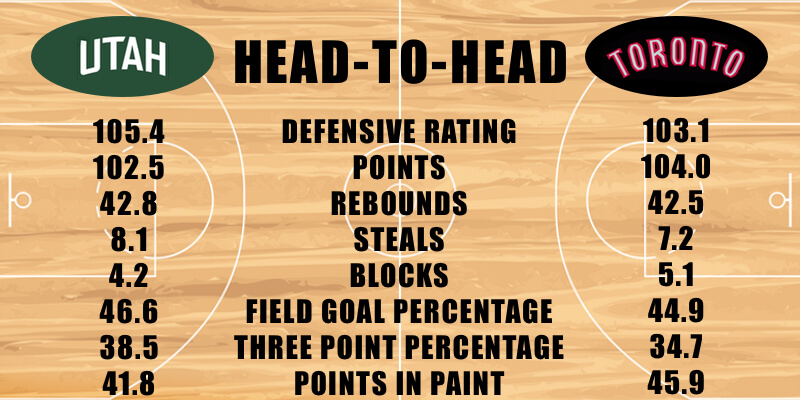 This is the second time Utah and Toronto have met this season. The Raptors won the first matchup 109-100 on November 3rd behind a then-season-high 37 points from DeMar DeRozan. The four-time All-Star was 10-20 from the field, 14-14 from the line, and helped spark a pivotal 36-point third quarter that put the game out of reach.

Donovan Mitchell paced the Jazz with 25 points off the bench and was the only Utah player to finish with a positive net rating. The Jazz were outrebounded 46-40 and managed just 18 points in the fourth quarter.

JAZZ: Utah pulled off an improbable rally on the road to beat Detroit 98-95 in overtime on Wednesday night. Gobert led the way with 15 points, eight rebounds, and four blocks, and Joe Ingles came up big in the fourth with a last second lay-up to push the game into OT. The Aussie forward also nailed a pair of threes in the extra period to put seal the win.

RAPTORS: Toronto defeated Atlanta 108-93 on Wednesday night behind 16 points and 13 rebounds from Jonas Valanciunas. The bruising big man set the tone early with his aggressiveness and Toronto never took its foot off the accelerator, recording one of its easiest wire-to-wire wins of the season. The Raptors outrebounded the Hawks 66-55 and tallied 12 blocks and 10 steals.

Exum is recovering from surgery to repair his separated left shoulder and has been cleared to participate in non-contact basketball activities. Sefolosha underwent surgery on Wednesday to repair the MCL in his right knee and is likely to miss the remainder of the season. Hood missed Wednesday’s game against the Pistons with lower leg soreness and is considered day to day.

No Eastern Conference team has been better at home this season than the Raptors, who are 17-3 in the friendly confines of the Air Canada Centre. Chalk it up to the restorative power of poutine and maple syrup if you like, but the Raps generate more points (3.3), rebounds (3.1), assists (1.2), and blocks (1.0) per game when playing north of the border.

That’s bad news for the Jazz, who are 6-19 away from Salt Lake City and recently recorded a pair of double-digit road losses to the Hawks and the Hornets. Utah will have to contend with a team that not only crushed Atlanta by 15 points, but also took advantage of a rare break this week to squeeze in a pair of practices on Monday and Tuesday. Dwane Casey’s squad has been almost unbeatable when it’s well rested, well prepared, and playing at home. Take the Raptors all the way. 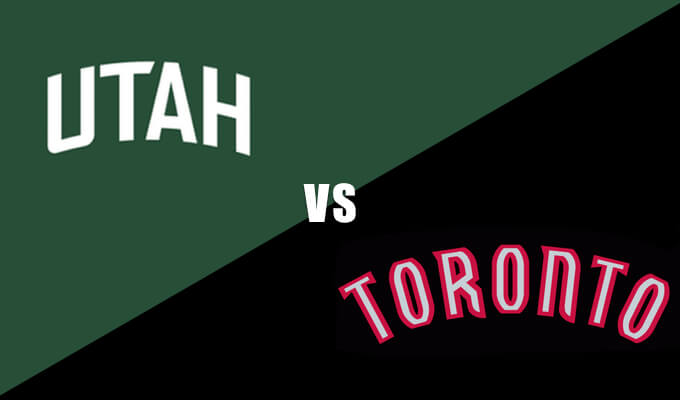 This spread is available at multiple sportsbooks.

All sportsbooks have the same spread at post time.

It’s worth factoring in fatigue as well. The road-weary Jazz are playing their third game this week and all of their starters logged heavy minutes in their overtime win against the Pistons. The Raptors, meanwhile, are playing just their second game this week and not a single player on their roster logged more than 28 minutes in their easy, breezy victory over the Hawks.

Rest counts for a lot in the NBA, and it favors Toronto covering the spread tonight.

These odds are available at a select few sportsbooks.

All sportsbooks had the same spread at post time.

Utah and Toronto combined for 209 points when they met earlier this season, but they’ll likely come short of replicating that total tonight based upon their most recent results.  The Raptors are averaging just 102 points per game over their last five games and failed to reach triple digits twice during that span. The Jazz, meanwhile, have been held under 100 points in each of their last two outings and have been ice cold from deep.

The presence of Gobert should also prevent this game from becoming a shootout. The French Rejection is a one-man zone who keeps opposing players from venturing into the lane. Gobert had seven boards and two swats when he faced the Raptors earlier this year and should be a major factor again tonight.

Take the under as Utah and Toronto grind it out and go scoreless for long stretches at a time.

Jazz vs Raptors is just one of ten games on tap on Friday night. Here are our other nine straight up picks. 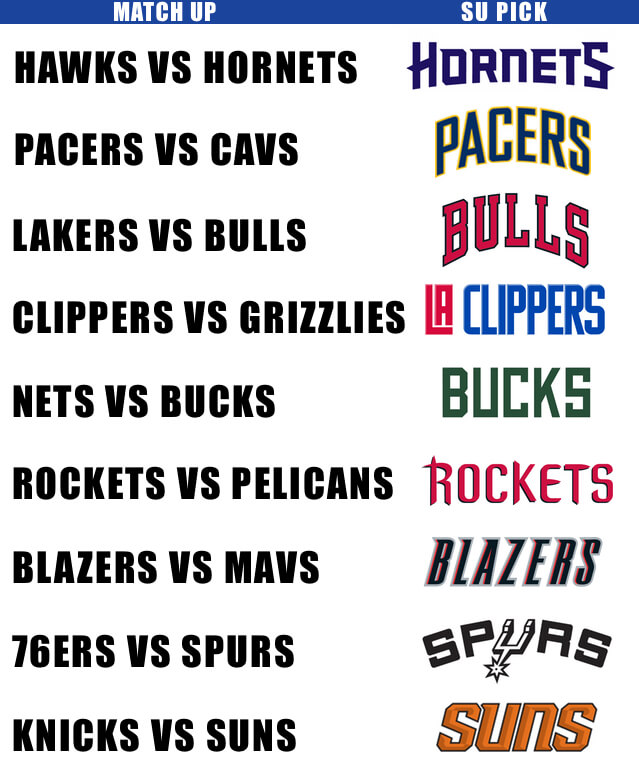