The New York Knicks (11-11) will host the Denver Nuggets (10-11) on Saturday in what oddsmakers are predicting to be a very close game between two teams facing uncertainty.

Despite the injury bug that has left Denver’s roster barely recognizable, they are only slight underdogs when they take on a Knicks team that has faced some problems of its own lately.

Odds as of December 3 via DraftKings

The Nuggets team we will see on the court in New York is nothing like the team Denver’s front office had imagined when they assembled their roster in the offseason.

Jamal Murray and Michael Porter Jr, arguably Denver’s second-and-third-best players, will both be out of action against the Knicks. Murray should be returning sooner rather than later as he works his way back from a torn ACL, but he won’t be back in time to help the team out tomorrow.

Sources: Denver forward Michael Porter Jr. is expected to miss the remainder of the season due to back surgery. Tough blow, but with Porter’s five-year extension kicking in next season, he and the Nuggets take big-picture approach to his health.

Porter Jr, meanwhile, was recently ruled out for the remainder of the season with a back injury, a critical blow to a team that had preseason championship aspirations.

The Knicks, meanwhile, are not without turmoil of their own. Kemba Walker, the accomplished point guard and Bronx native who signed with his hometown team with dreams of leading them to a deep playoff run, a la the miraculous run he led the UConn Huskies to a decade ago, was suddenly taken out of the rotation.

Part of the reason for this sudden, and largely unexpected, change was likely due to the Knicks’ poor defense. As talented as he is offensively, it is hard to deny that Kemba also gives a lot of points away on the defensive end.

If it's the fourth quarter, Alec Burks is____

The Knicks have a notoriously defensive-minded coach in Tom Thibodeau, and there is little doubt that he is trying to shake things up to improve New York’s porous defense. In Kemba’s place in New York’s starting lineup, Thibodeau promoted Alec Burks.

While not exactly a defensive-minded guard, Burks is at least better than Walker at that end of the court, while still providing quality offensive capabilities.

When looking at the roster for these two things, they have one similarity: Julius Randle and Nikola Jokic. Each respective team’s best player happens to be a big man.

Jokic, a versatile center, is one of the best players in all of basketball.

Randle, meanwhile, has continuously improved from season to season, improving his trajectory from draft afterthought in a distinctly average draft class, to being on the short list for best power forwards in the league.

Jokic is averaging just a shade under 26 points per game, while also establishing himself as a rebounding machine, and he is also one of the most elite playmakers in all of basketball.

So many lapses and breakdowns in Denver's second-half defense. But Nikola Jokic can make up for a multitude of sins.

Simply put, Jokic is one of the only reasons right now why the Nuggets aren’t one of the two or three worst teams in all of basketball.

This is, in all likelihood, going to be a very close game. That being said, give me the team that has higher-end talent on the court and just needs to figure it out all day over the team that is simply relatively devoid of high-end talent.

RJ BARRETT WITH ICE IN HIS VEINS 🥶 pic.twitter.com/jeRY8384QO

Yes, the Nuggets have Jokic. However, Randle should balance the scales a lot, and even if those two don’t completely cancel each other out, RJ Barrett, Derrick Rose, Burks and others should flip the scales of talent back in favor of New York.

Add in that they are playing at home, this should be a game where they can figure some things out, lock in, secure the victory and put their season back on the right track. Take the Knicks outright to win this game. 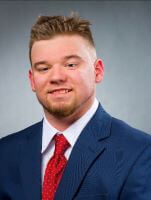