Few teams could use a win more right now than the Cleveland Cavaliers (26-17, 15-5 home), who have lost their last four games and had their many flaws exposed in lopsided losses to Toronto, Minnesota, and Boston. The defending Eastern Conference champs have been unable to keep up with younger and more athletic teams, and have consistently squandered MVP-like performances from LeBron James.

The losses have many in Cleveland concerned including, most notably, the players themselves. Several key contributors spoke to ESPN, Cleveland.com, and The Athletic following their most recent defeat to the Warriors, sharing their misgivings about the team’s age, defensive shortcomings, and poorly constructed roster. Players are legitimately worried that the Cavs may not advance to the NBA Finals for the first time since James returned home in 2014.

The good news for Cleveland is that Orlando (13-31, 5-19 road) is in even worse shape. Even with Tuesday’s shocking win against the Timberwolves, the Magic have still lost 16 of their last 18 games and rank 27th or worse in defensive rating, net rating, plus/minus, and opponent points in the paint. The team has been playing shorthanded for the last month due to the absences of Nikola Vucevic and Terrence Ross, and will likely have to continue playing without both of their young stars for the foreseeable future.

A win over Orlando won’t magically cure all that ails the Cavs, but it will certainly help boost spirits and temporarily silence the growing chorus of detractors. 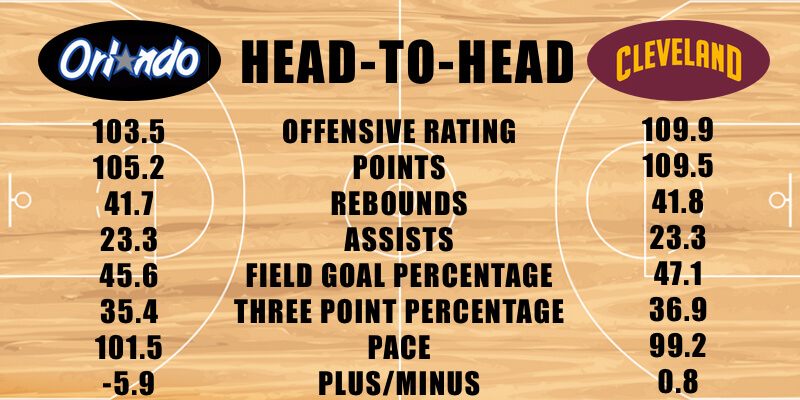 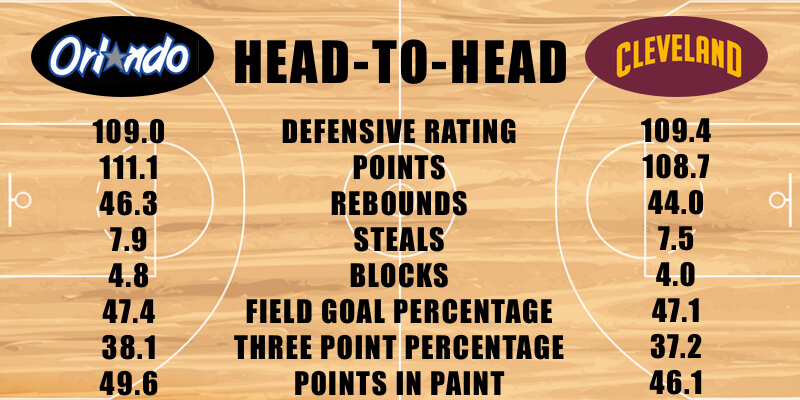 This is the third time Orlando and Cleveland have met this season. The Magic crushed the Cavs 114-93 on October 21st behind a game-high 23 points from Nikola Vucevic. The Montenegrin big-man also added seven rebounds and five assists, and Orlando never looked back after racing out to a 36-18 lead in the first quarter. James led the Cavs with 22 points, but was otherwise ineffective, finishing with a -31 net rating.

The Cavs gained a measure of revenge on January 6th by beating the Magic 131-127. James came within one assist of a triple-double and was instrumental in the fourth, hitting three free-throws with eight seconds remaining to ice the win. Aaron Gordon paced Orlando with 30 points, and eight boards, and nearly rallied the Magic to victory before committing a costly turnover late in the game. Orlando coughed up the ball 20 times overall, resulting in 24 points for Cleveland.

MAGIC: Orlando shocked Minnesota – and maybe even themselves – by defeating the heavily-favored Timberwolves 108-102 on Tuesday night. Evan Fournier led the way with 32 points and five other players scored in double digits as the Magic delivered one of their best performances of the season. Orlando outrebounded Minnesota 62-46, and limited the T-Wolves to just ten free throws.

CAVALIERS: The Cavs lost to the Warriors 118-108 on Monday night. The two teams entered the fourth quarter tied, but Cleveland missed 17 of its first 19 shots in the final frame and failed to stop Golden State down the stretch. James had 32 points, eight rebounds, six assists, and four blocks in a losing effort, and Isaiah Thomas chipped in 19 points on 8-21 shooting. It was the Cavs’ fourth consecutive loss and their second straight to Golden State, who beat them 99-92 on Christmas Day.

Ross sprained his right MCL and fractured his tibia in a game against the Thunder on November 29th and is out indefinitely. Nikola Vucevic underwent surgery on December 26th to repair the fractured second metacarpal in his left hand, and is not expected back until February. Affalo is likely to be suspended by the league after throwing a punch at Nemanja Bjelica during Tuesday’s game against Minnesota.

Rose is back with the team and engaging in light workouts, but the Cavaliers have yet to set a timetable for his return. Shumpert is still experiencing soreness in his left knee following surgery to repair his meniscus; he is not expected back until the end of the month.

There’s a tendency among many fans to read too much into a single win. Yes, the Magic defeated the vastly superior Wolves on Tuesday night, but Orlando still has the second-worst record in the NBA and has won only once in 2018. Since starting the season 8-4, the Magic have had the worst offensive efficiency rating in the league and the second-worst defensive efficiency rating. Frank Vogel’s team gives up too many points in the paint, allows far too many uncontested threes, and produces more turnovers than a bakery.

The Cavs may not be world-beaters at this stage of the season, but anyone who saw their loss to the Warriors on Monday night knows that they’re far from broken. Their greatest strength, as always, is James, who is having his most complete statistical season in five years. The 13-time All-Star is leading the team in points, assists, steals, and blocks, and is primed for a huge game tonight. James should get some much-needed help from Kevin Love, who has averaged 23 points and seven boards in two games against the Magic this season, and Isaiah Thomas, who averaged 28 points against Orlando in 2016-17. 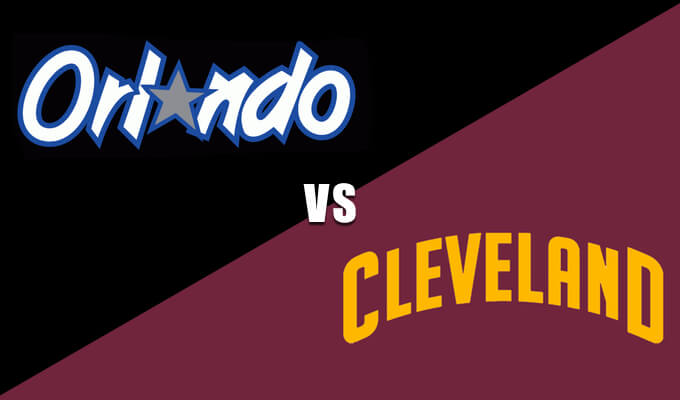 No team has been worse against the spread this season than Cleveland, particularly at home, where they’ve covered just 15.8-percent of the time. Although the Magic are inferior to the Cavs in nearly every way, it’s easy to imagine them keeping tonight’s game within single digits thanks to their youth and athleticism. Cleveland has struggled to keep up with younger, faster teams all season and has no answer for Gordon, who went off for 30 points and eight rebounds the last time they met. Expect this one to be closer than it should be as Gordon, Evan Fournier, and Elfrid Payton get out on the break and try to leave the aging Cavaliers in the dust.

Orlando and Cleveland averaged 232.5 points in their two previous meetings and it’s likely they’ll come close to that total again as both teams have been scoring at a high clip while giving opponents good looks on offense. In their last five games, the Cavs have given up 120 points per contest, while the Magic have given up 116. Both teams rank in the bottom third in opponent three-point percentage and opponent points in the paint, and at this point would probably give up 20 and 10 to the lifeless corpse of Dolph Schayes.

Take the over and enjoy the fireworks as these defensively inept teams lead an all-out assault on the scoreboard.

Magic vs Cavaliers is just one of four games on tap on Thursday night. Here are our other three straight-up picks.