The Divisional Round of the NFL Playoffs kicks off Saturday (January 13th, 4:35 PM ET) when the Atlanta Falcons take to the road again to meet the Philadelphia Eagles at Lincoln Financial Field. When this game gets underway, the temperature is expected to be around 42° Fahrenheit, dropping to near-freezing come the fourth quarter. Here is your full betting preview, including expert advice and where to find the best odds for wagering both sides of the moneyline, the spread, and the game total. 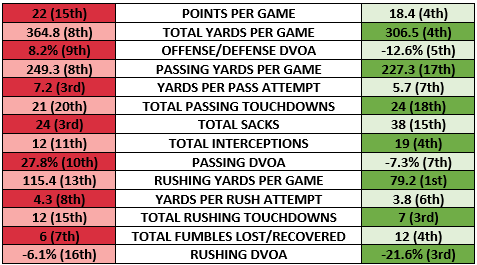 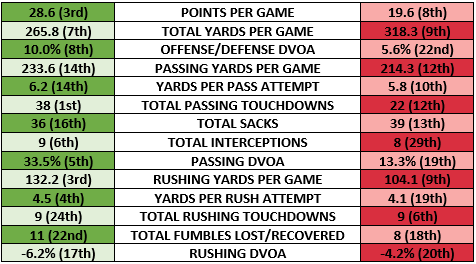 Entering Week 14, it was rare to hear a Super Bowl 52 prediction that did not involve the New England Patriots and Philadelphia Eagles. But late in their Week 14 visit to Los Angeles, disaster struck the Eagles. Carson Wentz tore his ACL, simultaneously ending his season and tasking Nick Foles with the job of keeping the Eagles on their championship path.

Foles showed well in his first start against the Giants in Week 15, throwing four touchdown passes. In a game-and-a-half of action over the final two weeks, however, the pivot went 23/49 for 202 yards, one touchdown, and two interceptions. Philadelphia’s stingy defense played a major role in the team’s 13-3 season, but they will need Foles and the offense to do their part to advance beyond the experienced Atlanta Falcons in the Divisional Round.

The 2016 NFC Champions got off to a slow start in 2017, going 4-4 through Week 9. But the Falcons won six of eight in the back half of the season to secure a spot in this year’s dance. They made it seven of nine last weekend with a 26-13 win over the Rams. Matt Ryan and the offense have not been anywhere near as explosive under new offensive coordinator Steve Sarkisian, ranking 15th in points per game. But thanks to a defense that ranks eighth in points allowed and ninth in yards allowed, Atlanta is back in Super Bowl contention.

In order to walk out of Philadelphia with a win this weekend, Ryan is going to have to reestablish his connection with Julio Jones, whose 5.5 receptions per game and 90.3 receiving yards per game were the lowest totals since 2012 for the five-time Pro Bowl pass-catcher. Putting the ball in Jones’ hands early and often will be vital against an Eagles defense that ranks first against the run.

Philadelphia’s defense won’t be the only challenge Atlanta will be dealing with, though. The Falcons will be outside of their warm dome, in near-freezing temperatures. If Matt Ryan and company are unaffected by the conditions, there’s a solid chance Atlanta will book its ticket back to the NFC Championship.

For as bad as Nick Foles has looked in his last two starts, he is a serviceable quarterback. And with two weeks to prepare, Doug Pederson will have a scheme in place to get just enough out of the 28-year-old, relying on his defense to win him this game. Matt Ryan and company will not handle the conditions well, and will see their hopes of avenging their epic Super Bowl 51 collapse end early.

I love the idea of getting points with a home team whose stingy defense is welcoming a dome-offense to town. Doug Pederson will put this game in the hands of his fourth-ranked defense, and they will not disappoint.

The Falcons’ offense has disappointed all year long, and that won’t change in frigid temperatures against the league’s fourth-ranked scoring defense. Philadelphia is not interested in turning this into a shootout, so expect a very conservative offensive game-plan for Nick Foles and company.