The final game of the Divisional Round of the NFL playoffs is scheduled for Sunday (January 14th) at 4:40 PM ET, and sees the New Orleans Saints head north to take on the Minnesota Vikings at US Bank Stadium. With the game indoors, there are no weather concerns to report. Here is your full betting preview, including expert advice and where to find the best odds for wagering both sides of the moneyline, the spread, and the game total. 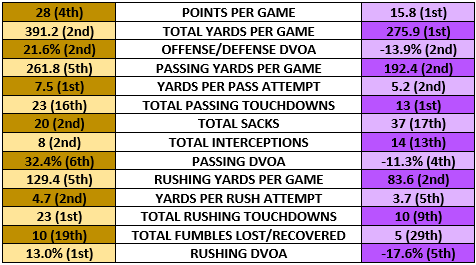 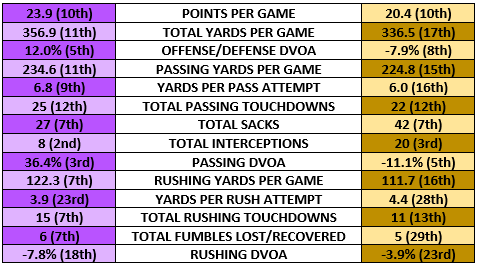 For the second time this season, the New Orleans Saints will pack their bags and head to Minnesota to meet the top-ranked Vikings defense. The first clash between these two came back in Week 1, when the Vikings totaled 470 yards through the air a 29-19 win. But a lot of things have changed since then:

Trying to form an opinion on this game based strictly upon what happened in Week 1 isn’t the best strategy. We can still take a few details from the matchup, though. First, the 19 points the Saints scored against Minnesota was the most the Vikings defense allowed at home all season (12.5 points per game at home). Second, the 470 total yards the Saints allowed in that game were the most they surrendered on the road all season (306.4 yards per game in their other seven road games).

But with all the changes, the question becomes: will either team be able to execute a similar game-plan to Week 1?

The Saints offense now features Offensive Rookie of the Year favorite Alvin Kamara, who recorded a season-low (outside of Week 13, when he only played the first drive) 38 yards from scrimmage in Week 1. Kamara has proven he can hurt a defense both catching passes out of the backfield and running between the tackles. Facing a Vikings defense that ranks second against the run, Sean Payton will likely try to use Kamara more as a pass-catcher, attempting to get him the ball in space, putting pressure on linebackers Eric Kendricks and Anthony Barr to chase him from sideline-to-sideline.

When it hasn’t been Kamara hurting defenses, it’s been Mark Ingram, Michael Thomas, and even Ted Ginn as a deep-threat. With all the weapons New Orleans has on offense, and the way they have been clicking lately, it’s safe to assume the Vikings will need Case Keenum to play a much bigger role than he did in the final two weeks of the regular season, when he had just 328 passing yards and two TDs, combined, in two games that were over early.

As great as Keenum has been for Minnesota this season (22 TDs to just seven INTs, and a 98.3 passer rating) there will still be those who doubt that the 29-year-old journeyman pivot can perform under the bright lights of the playoffs. Taking down Drew Brees and the New Orleans Saints in his first postseason start would certainly silence many of those doubters, leaving Minnesota with even shorter odds to win Super Bowl 52.

Alvin Kamara is going to give the Vikings linebackers fits all game. And when they allot the necessary attention to the rookie back, Drew Brees will make them pay. I see this game turning into a shootout, and I have to side with one of the greatest QBs of all-time, versus a pivot who has never played a playoff game.

Super Bowl 52 Futures Ahead of the Divisional Round: Falcons Flying High
Read More

As good as the Vikings have been at home this season, this is far too many points against a proven Super Bowl champion in Drew Brees. The 38-year-old arguably has his best supporting cast since 2009 (when the Saints hoisted the Lombardi Trophy), which includes a defense that ranks tenth in points allowed. Brees and the Saints will, at the very least, keep this game very close.

Sean Payton’s offense has too many ways of hurting a defense to be held out of the endzone with any regularity. And when Drew Brees starts putting points on the board, I fully expect Case Keenum and the Vikings offense to have an answer. Prepare yourself for a shootout.