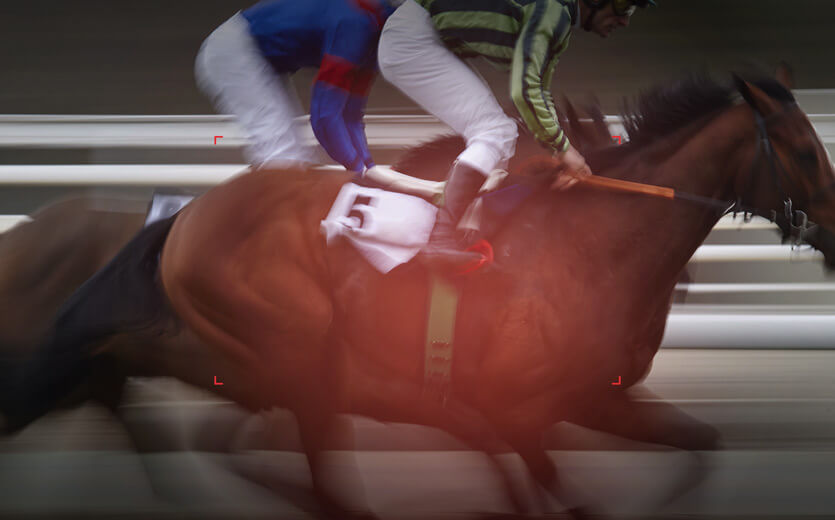 The biggest Kentucky Derby upsets bring huge paydays for bettors who back the most unlikely of underdogs.

The Run for the Roses has a rich 146-year history, and while favorites do prevail sometimes, the winning horse is not always the conventionally “best” horse. When twenty of the world’s finest racing horses step up to the starting gates at Churchill Downs, anything can happen.

Donerail, the 1913 Kentucky Derby champion, remains the longest shot to ever win the Run for the Roses. With pre-race odds of 91/1, that’s a mark that could stand the test of time as few Derby horses are listed that high in today’s racing world.

In the 30 runnings of the Kentucky Derby from 1991 to 2020, the average win bet payout on a $2 wager was $30.50. The median was just $18.40. With that in mind, here are the nine horses who pulled off the biggest Kentucky Derby upsets in the past 30 years, along with their respective payouts on $2 win bets.

The biggest upset in recent memory was also the most controversial.

Maximum Security became the first winner in the Kentucky Derby’s (then) 145-year history to be disqualified for interference. As a result, Country House, who finished as the runner-up by 1 ¾ lengths, was named the 2019 Kentucky Derby champion.

Here’s what went down:

Country House now sits firmly in second place amongst horses with the longest odds ever to win the Kentucky Derby. Country House $2 win bets paid out a whopping $132.40. Sportsbooks shelled out millions to bettors who put their money on the long shot.

In 2009, jockey Calvin Borel guided Mine That Bird to one of the most memorable come-from-behind victories in Kentucky Derby history.

At the top of the final stretch, Borel took him from last to first using a rail-riding technique. Mine That Bird never looked back, winning by nearly seven lengths – the biggest Derby victory in more than 60 years.

Here’s the full race, or you can skip ahead to 1:32 to see Mine That Bird make his spectacular move.

At the time, Mine That Bird’s shocking victory tied him with Giacomo for the second-biggest upset in Kentucky Derby history.

Giacomo slipped under the radar of most bettors and horse racing fans, prevailing with a half-length victory over a fellow long shot in the 2005 Kentucky Derby. The gray colt’s victory at Churchill Downs would deny a Triple Crown bid by Afleet Alex, who later won the Preakness and Belmont Stakes after finishing third at the Derby.

Check out this thrilling finish. Skip ahead to 1:45 to see Giacomo’s brilliant rally.

Charismatic earned his way into the 1999 Kentucky Derby with a win 13 days prior at the Coolmore Lexington Stakes. However, the chestnut colt was overlooked by the oddsmakers with a 31/1 final line.

Trained by D. Wayne Lukas, Charismatic rode a perfect race with jockey Chris Antley to earn his place in the history books and the hearts of horse racing fans everywhere. The Derby came down to the wire, with Charismatic holding off the hard-charging Menifee by a neck.

Back in 1995, long shot Thunder Gulch stormed down the stretch to put away the field by 2 ½ lengths. He finished third in the Preakness Stakes but won the Belmont before retiring at the end of the season. As of 2020, Thunder Gulch is one of 52 horses to win two of three Triple Crown legs.

The 2011 Kentucky Derby threw even the sharpest handicappers for a loop. The overwhelming favorite, Uncle Mo, scratched out the day before the race. The tote board was wide open, but having never raced on conventional dirt before, Animal Kingdom was largely dismissed. Suffice to say, he responded well to the new surface, moving up from tenth position at the final turn to win by 2 ¾ lengths.

Animal Kingdom made history as the first Kentucky Derby winner to have never previously raced on a dirt racetrack and the first horse since 1918 to win with only four previous starts.

2011 was also the first of three Kentucky Derby wins for jockey John Velazquez, the most recent victory coming with Authentic in 2020.

War Emblem took an early lead then kicked away from the field down the stretch for a wire-to-wire victory at the 2002 Kentucky Derby. Jockey Victor Espinoza had never seen the horse until the morning of the race but pulled off a remarkable four-length win on the 21/1 long shot.

Lil E. Tee’s bold victory at the 1992 Kentucky Derby stunned the horse racing world. The betting public viewed Arazi as nearly unbeatable, wagering as much on him to win as the other 17 horses combined.

Famous for his finishing speed, Arazi faded down the stretch to finish eighth behind little-known Lil E. Tee and six other horses with double-digit odds. Once thought of as the second coming of Secretariat, the unfortunate result made Arazi infamous for the worst finish of a betting favorite in Derby history.

Named for his gangly features, Lil E. Tee went on to sire 20 stakes winners and grossed progeny earnings of $9.9 million.

Rounding out the list of the nine biggest Kentucky Derby upsets of the past 30 years is I’ll Have Another. The chestnut stallion started at 15/1 odds in what was considered an unusually strong field. Ridden by jockey Mario Gutierrez, I’ll Have Another produced a fast finish to catch the front-runner in the closing stages.

I’ll Have Another is the first horse in the history of the Run for the Roses to have won from post position 19. He won the Preakness Stakes two weeks later but a tendon injury ended his hopes of a Triple Crown.

As of 2020, I’ll Have Another is one of 23 horses to win the Kentucky Derby and the Preakness Stakes, but not the Belmont Stakes. Of those, he is the third to be scratched from the Belmont, behind Burgoo King and Bold Venture in 1932 and 1936, respectively.

Get the Inside Track

There’s still a few weeks to go until the 2021 running of the Kentucky Derby, which means you still have time to get caught up on everything you need to know to bet with confidence.

Learn about Kentucky Derby betting trends or explore our guide explaining how to pick a Kentucky Derby winner. If you can spot an upset like the ones in this article, you’ll be walking away with a huge profit!