The Most Famous Sports Betting Losses in History 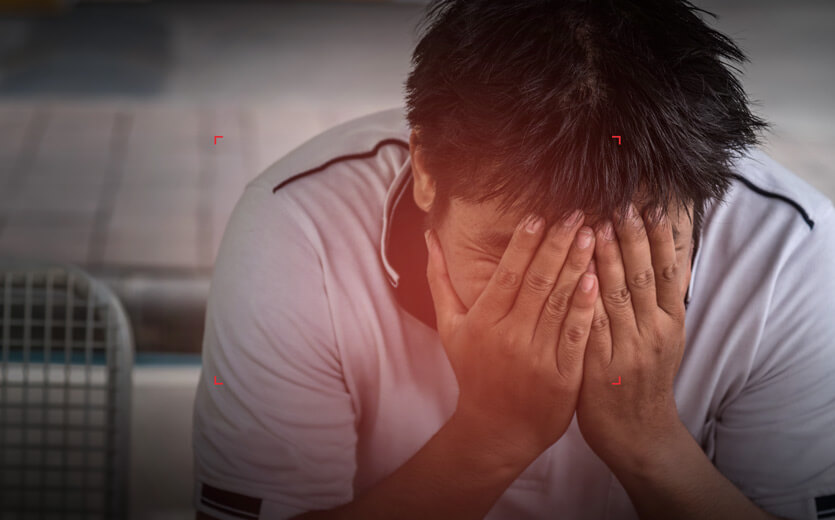 Sports betting is full of emotion: There’s the thrill of anticipation when placing a bet, and the excitement when you win. But there are two sides to every coin, and sports betting is as much about losing as it is about winning.

The flip side of the all the fun stuff is the sickening disappointment when your bet falls flat. Imagine that feeling when you’ve staked a few million! We’re taking a look at some of the most shocking losses in sports betting history. Read it and weep (and just be thankful it wasn’t you)!

Don’t forget to check out the biggest wins in sports betting history to lift your spirits afterwards!

First up is David Oancea, better known as Vegas Dave. This prominent sports bettor is renowned for boasting on his Instagram account about his big bets and even bigger wins on long-shot bets.

However, he had to eat humble pie in 2016, when he bet $1 million on female MMA champion, Miesha ‘Cupcake’ Tate at the UFC 200. Tate faced Amanda Nunes in a battle to retain her bantamweight belt. Within three minutes and 16 seconds of the first round, Tate was overpowered by a rear-naked choke, losing the title to Nunes (and losing Vegas Dave a million bucks).

Oancea seemed to take it in his stride though, and posted that he was more concerned about Tate’s broken nose than he was about the money. Not sure we would be so calm about losing a cool million, but when you have it to bet, you certainly have it to lose.

The NBA legend is a notorious gambler. In fact, Jordan’s early retirement is said to have been a secret suspension due to his gambling antics.

It’s not surprising that he racked up the $1.2 million debt in the first place though…

In a tell-all book, ‘Michael & Me: Our Gambling Addiction…My Cry For Help!’ betting buddy Richard Esquinas described one incident of Jordan losing $1.2 million to a businessman after a 10-day golf and betting binge. He apparently managed to recoup some through play, managing to negotiate it down to $300,000.

It’s not surprising that he racked up the $1.2 million debt in the first place though, when he’s known to play a single hole for $100,000.

Maybe Michael should take his own advice and keep things “fun and entertaining.” Then again, there’s nothing boring about losing $1.2 million.

Brit Bets His Winnings and Loses

Steven Richards is a British roofing contractor who’s also is an avid sports fan and bettor. In 2013, he was enjoying an amazing accumulator bet which started with a £10 ($13) bet. 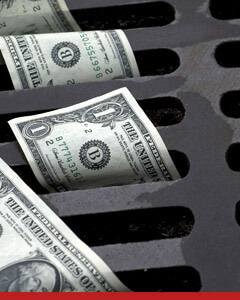 By successfully predicting the winners of 12 rugby matches, Richards brought his total up to £38,970 (approx. $52,800). The luck obviously went to his head and, a week later, Steven decided to bet on one more rugby match. Not the £10 bet of before, but a whopping $30,000 on Wales to beat Australia.

Had they have won, he would have been £55,000 richer, but alas, Australia won with a 30-26 victory at the Millennium Stadium, Wales.

His winnings from the week before had barely touched his account before it was all gone again. That’s gotta hurt!

A lifelong New England Patriots fan (and well-known for his social media boasts), Birdman declared that he was ready to put $5 million on the Pats during the Super Bowl XLVI. When one sportsbook called his bluff, inviting him to put his money where his mouth is, Birdman was uncharacteristically quiet.

He did, however, take a ‘smaller’ $1 million bet on the game against 50 Cent. Unfortunately for Birdman, the New York Giants won the game with 21-17, making him a little less rich and ‘Fiddy’ a little more so.

It seems Birdman didn’t learn his lesson, and when Super Bowl LII came around, he was back on Instagram, boasting about a $100,000 bet with Philly rapper AR-Ab. There were subsequent posts which raised the bet total to $200,000, but they mysteriously disappeared.

Once again, Birdman backed his beloved Patriots to defeat AR-Ab’s Philadelphia Eagles. The Eagles were victorious with a 41-33 win, and Birdman was a loser once again.

Of course, sports betting and losing spectacularly is not a new phenomenon. This one dates back to 1883, with British daredevil and gambler, Matthew Webb.

Webb rose to fame as the first man in history to swim across the English Channel. He made his living by betting against the public for various swimming challenges. He once won £400 (a huge sum in those days) by swimming for 74 hours straight.

On July 24, 1883, Webb entered the water and was never seen again. Quite possibly, the largest sports betting loss of all time.

In 1881, he moved to America and had a few successful challenges, but money was running out. He decided he had to up the stakes. He invited bets that he could swim across the whirlpool of the Niagara Falls. The bet was staked at $10,000 and on July 24, 1883, Webb entered the water and was never seen again. Quite possibly, the largest sports betting loss of all time.

For most of these guys, losing a million isn’t such a big deal, but it would make any casual bettor cry! We’d love to say we’ve never felt the pain of a sports betting loss, but we’d be lying. It happens to the best of us.

But that doesn’t mean you can’t improve your record betting on sports. Check out our comprehensive guide to sports betting strategy to start betting like a sharp, or master a particular sports with our in-depth series of articles covering how to bet on sports.