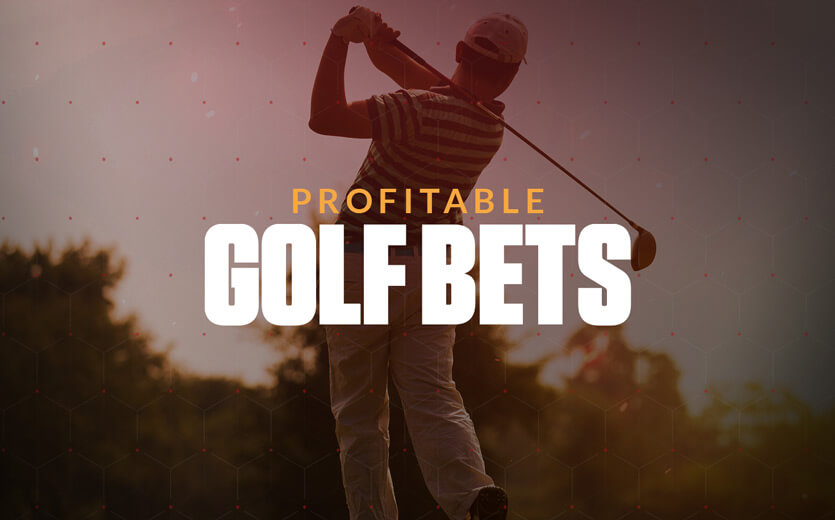 Golf betting can be exhausting and infuriating. There’s a lot of names on the odds sheet, and the courses and top players for major tournaments change every year. We’ve assembled a list of top golf betting tips to help you get started on your journey!

1. Tiger Woods and Rickie Fowler Are Rarely Worth the Money

If you’re new to betting on golf, it’s important to avoid the same mistake most rookies make. Usually, low-information bettors make random bets (which cancel each other out and don’t affect the market as a whole). When bettors focus on one or two players, and consistently bet on those players regardless of performances, they upset the market and ruin the betting value of those players.

We see this with Tiger Woods and Rickie Fowler at almost every major tournament. Tiger is a legend; the single player that hauled golf into the mainstream and dominated its period of rapid growth. He remains the most popular golfer in the world, despite spending long stretches off the golf course and even longer stretches outside the winners’ circle.

Rickie Fowler is a charismatic crowd favorite who wears bright clothing and flat-brim hats. He’s the furthest thing from golf’s older, stodgier past. Both players inspire crowds of bettors with their personal brands, with Tiger attracting betting volume that multiplies that of the field.

The problem is that Woods hasn’t won a major since the Bush administration, and Fowler has a long way to go if he wants to have a career comparable to Martin Kaymer. When money pours in for these two, they end up near the top of the odds sheet (At one point during the 2018 Masters, Woods was the outright favorite to win after three competitive performances).

It’s not that they aren’t great players, but an honest assessment of their chances wouldn’t place them where the odds sheet has. It’s almost impossible to find true value betting for these two.

That said, it’s usually pretty easy to find value betting against Fowler and Woods. On the outright winner market, excellent players will usually find themselves a little longer than normal, and in round-by-round betting the opponent often presents great value.

Have fun trying to find a sportsbook that will let you bet against Tiger Woods, however, as most are very aware of how wonky those lines become.

2. Don’t Use OWGR as a Betting Tool

There are dozens of ways to evaluate the relative quality of players. If you’re new to golf betting, you might be attracted to the Official World Golf Rankings as your go-to list to discover more about players. Don’t do that. Please don’t do that.

OWGR is a pretty arbitrary measurement dreamed up by a sports agent to promote his clients, co-opted out of convenience by The Open, and later tagged itself with the name “Official.” Its ability to accurately reflect the relative quality of players on PGA Tours was always secondary to its ability to rank certain players high (or its ability to ensure that a tournament field featured the biggest names). Mostly, it was designed just to sound official. OWGR isn’t great at predicting outcomes, because it was never meant to.

Want a quick-and-dirty rankings sheet? Try Strokes Gained or even the FedEx Cup leaderboards. In my estimation, the differences in Strokes Gained have accounted for roughly 50% of the difference in Official Money (or the prize money players accrue on the PGA Tour). This means that Strokes Gained correlates pretty well with a player’s chances of success, which is what you’re trying to measure.

We created a guide to how the different ranking systems in golf work, as well as a breakdown of how Strokes Gained works if you’re curious to learn more about either of these calculations.

There was a time that the best golfers were the best golfers, winning PGA Tour events (regardless of course) at around the same rate. There were periods in the early 2000s when Tiger Woods would win 30-40% of the tournaments he entered, regardless of course or condition. Courses weren’t all the same, but the differences in skill were so vast that they simply couldn’t be made up by advantages in course layout.

That’s not true anymore. The explosion of golf’s popularity through the late ’90s and early 2000s led to a corresponding explosion in youth participation. Now, the top end of golf’s world rankings features a long list of wildly-talented and athletic millennials, all of whom have all the golfing skills. When the Golf Gods are deciding who will win a golf tournament, splitting hairs like “course layout” and “conditions” start to matter.

Some golfers prefer to work the ball off the tee in one specific way, so looking at the course layout can give you some perspective on who is likelier to succeed. Some courses are longer (much longer) than others, so give Strokes Gained off-the-tee a look to see who’s set to have the easiest second and third shots. Some courses have postage stamp greens and hazards everywhere, and Strokes Gained can give you an idea of who’s best set up for makeable putts.

Betting on outright winners can be a slog, because even if you find a diamond in the rough, the odds are still pretty likely that they won’t win. Against a field as big as the PGA Tour, determining the first position becomes something of a crapshoot.

In-play betting offers the ability to reduce the field to a manageable size. You can bet on the best Australian, the better score from a given round, and other fun matchups. These in-play betting options let you tailor your betting experience. Instead of dealing with four days (and more than a hundred players), you can bring these numbers down to something more manageable.

Make Your Bets Work for You!

For more on the different bets available on golf tournaments, start with our primer on in-play betting.