History of Sports Betting: Black Friday and the Age of Offshore Regulation 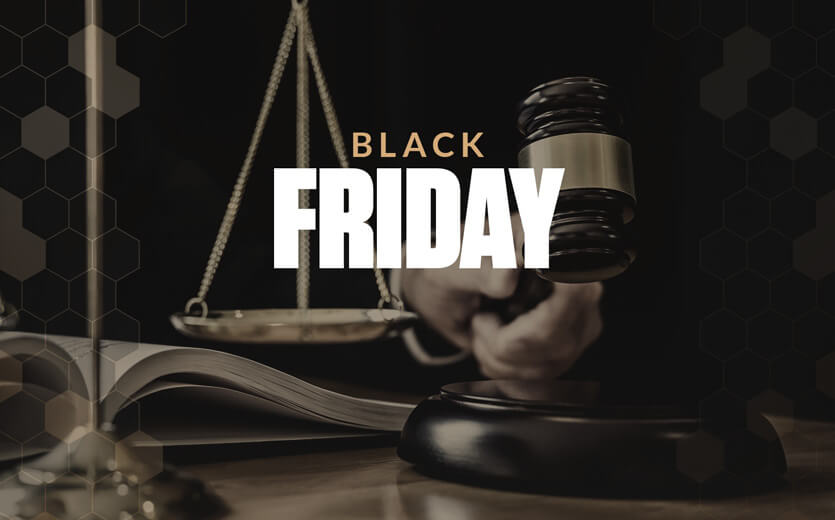 On April 14th, 2011, the world of online gambling changed. The Department of Justice (DOJ) and the FBI issued totally unexpected indictments against the three most prominent poker websites in the entire world that were operating (in some capacity) within the United States.

Since then, the reverberations of the US government’s attacks on the world of online gambling are still felt, and they’ve profoundly affected how the online sports betting industry operates.

If you’re curious about the fascinating case against the world of online poker, its fallout, and the impact it had online sportsbooks, read on!

What Happened on April 14th (AKA Black Friday)?

Black Friday is officially known as United States v. Scheinberg, 10 Cr. 336 (2011), a federal case that indicted founders of poker sites PokerStars, Full Tilt, and Cereus on a wide variety of counts, including money laundering and violations of federal gambling laws.

Preet Bharara, The US Attorney for the Southern District of New York, initially brought the case against all three sites for their violations of New York state law. However, the case was eventually turned over to the DOJ, after the government determined that the charges would be applied federally.

The specific aspect of the case that shifted it to a federal case was when the DOJ determined that the sites had violated the Unlawful Internet Gambling Enforcement Act (UIEGA). Ratified in 2005, UIEGA, expressly prohibiting online gambling sites from accepting money for bets and wagers over the internet. As you’ll recall, it was a significant touchpoint in the legal history of sports betting.

Under Which Laws Did These Sites Get Charged?

The specific provisions that the DOJ accused the founders of violating were fraud, money laundering, and illegally handling and processing wagers. Much of the case focused on the particular payment processors that the sites were using.

What Does “Payment Processors” Mean?

Federal prosecutors also focused in on the US-based banks that the heads of these poker sites used. For example, they sought to obtain a conviction for John Campos – a high ranking executive at SunTrust, a small Utah-based bank.

The charges alleged that Campos had illegally processed millions of dollars worth of illegal online poker payments, purposefully disguising them to avoid detection. As part of the scheme, poker sites would fraudulently invest in SunTrust, and the bank would then send payments to players using miscoded transactions.

After the charges stuck, 76 bank accounts in over 14 countries belonging to the three websites were seized. This meant that bettors at all three websites were temporarily restricted from withdrawing funds. Eventually, settlements were reached with the US government, and bettors were able to recoup funds that were still parked in the three major poker sites.

The government accused the sites of not having sufficient funds to pay back customers and alleged that customer funds were used to pay board members and other shareholders before bettors.

Both Brent Beckley (the head of Absolute Poker) and Chad Elie (involved in an unnamed third-party payment processor) were sent to prison for 14 months and 5 months, respectively.

Additionally, the head of Full Tilt Poker, Ray Bitar, returned to the US in 2013 to face charges and serve a prison sentence. He was also forced to surrender millions of dollars worth of assets, including multiple residential properties and cash (as a punishment for skirting federal law).

Full Tilt Gets Charged for Running a Ponzi Scheme

As you might recall, it’s not so uncommon for fraudulent online gambling sites to run as Ponzi schemes. In fact, it’s actually one of the primary reasons that betting sites go bankrupt, and federal authorities ruled that Full Tilt was operating as a form of Ponzi scheme.

If Full Tilt hadn’t been busted and forced to reform by the US government, it’s likely that they would have had to deal with insolvency somewhere down the line. Ponzi schemes can’t stay above water forever.

PokerStars acquired Full Tilt in the aftermath of Black Friday and eventually paid bettors the funds they were rightly owed.

What Happened to the Online Poker Sites?

Immediately following the indictments, the DOJ seized all three poker sites .com internet addresses and replaced them with a takedown notice. However, all three sites were eventually allowed to recoup their domains after they pledged not to cater to US-based clients.

These sites were allowed to reclaim their domain names after agreeing to cease all North American advertising campaigns, including the cancellation of various poker-themed television shows that they were sponsoring.

Among these was NBC’s Poker After Dark, which had been sponsored by Full Tilt Poker. The show was subject to high ratings and a great deal of critical acclaim until the plug was pulled after April of 2011.

Was There A Reason These Specific Sites Were Targeted?

It’s hard to say exactly when and why these poker sites were targeted. It’s likely that US prosecutors had been watching these poker sites for a long time prior to prosecution. It may have been the fact that Americans had a more unfavorable attitude towards online betting at that time. Most likely, it was the massive advertising campaigns showing up on tv shows, primetime ads, and Super Bowl commercials.

It’s estimated that, when the charges were laid against these three poker giants, they were spending upwards of $200 million on marketing and advertising. These companies comprised a whopping 95% of the online poker market within the United States. What’s more, between 25% and 40% of the websites’ total revenue was from American customers alone. This definitely piqued the interest of the authorities, and ultimately led to their downfall.

It’s no coincidence that online sportsbooks starting seeing a significant uptick in business right around 2011. Not only did poker players start turning towards sports betting rather than online poker, but many prominent online sportsbooks began to invest more in their casino sections, which were poorly-developed until this time. After Black Friday, it became industry standard for sportsbooks to build poker and other games of chance into their betting platforms.

Sportsbooks increased their reach and what they could offer their client base. They slowly started to position themselves in the online betting market as multifaceted operations that could service both poker players and sports bettors, offering more than just fixed lines and odds.

These three poker giants got burned because they were using US-based banks and payment processors, and by doing so, they exposed themselves to the risk of prosecution. Be it sportsbooks or poker sites, the biggest lesson learned from Black Friday was to base operations and obtain licenses offshore.

In America, sports betting is now legal at a federal level, but online sportsbooks remains subject to regulation that vary on a state-by-state basis.

The betting sites in the USA we recommend that you use – be it for poker or actually betting on sports – are all legal to use within the bounds of the United States. A safe license means they don’t run the same risk of The Big Three in 2011.