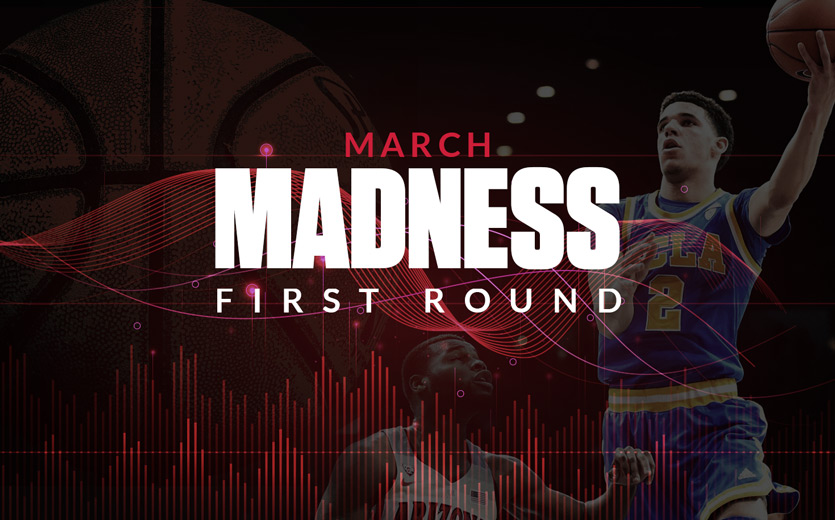 Any experienced NCAAB bettor knows March Madness’ reputation for upsets, buzzer-beaters, and more havoc than a Shaka Smart defense on amphetamines. But is there really as much chaos to the tournament as there appears, or are have we all fallen victim to YouTube bias?

Even though you’ve watched the highlights of #15 Lehigh beating #2 Duke 35 times, it still only happened once.

To get a more accurate sense of how the first weekend of March Madness tends to play out, eschew the videos and look to the trends. Below are 11 of the best, strangest, and most-bankable trends for the first two rounds of the NCAA Tournament.

1. Only one #1 seed has ever lost in the first round

We will get to stats you haven’t already heard a thousand times in short order, but every March Madness trends article has to start here. In 2018, when #16 UMBC beat #1 Virginia, it was the first time a #1 seed had ever lost in the first round.

Prior to that, only two #16 seeds had ever lost by less than a bucket:

That’s overstating it a bit, but given the NCAA Tournament’s reputation for upsets, a lot of amateur bracketologists assume that the #7-vs-#10 matchups are basically toss-ups, and that’s not the least bit true. The #7 seeds have won at a 60.4% clip and are 87-57 all-time.

6. The First Four are primed for more

Since the tournament expanded to 68 teams and implemented the “First Four” (2011), one of the teams to advance from that preliminary section of the bracket won a Round of 64, as well, until 2019.  Both Belmont and Arizona State were eliminated in the Round of 64.

UCLA restarted the tradition in 2021, going from the First Four all the way to the Final Four before being eliminated by Gonzaga on a buzzer beater.

Again, #8 and #9 seeds are almost in a dead-heat over the last 33 years, and the parity has translated to the betting realm. Taking the points has been the wise move 58.3% of the time over the last 12 tournaments.

9. The #11 seeds are first-round phenoms

11. Some teams just can’t get off the schneid

Contrast that with perennial mid-major power Gonzaga, which is 12-0 in the Round of 64 since 2009.

If you want to take your March Madness bets to the next level, you’ve come to the right place. Once the first round is in the rear-view mirror, check out our guide to perennial betting trends in the Sweet 16 and the Elite 8, as well as the 7 key attributes of March Madness winners.

If you’re in the market for sports betting strategy that you can apply to whichever sports you elect to bet on, we’ve got you covered as well. Get out there and grow your bankroll!