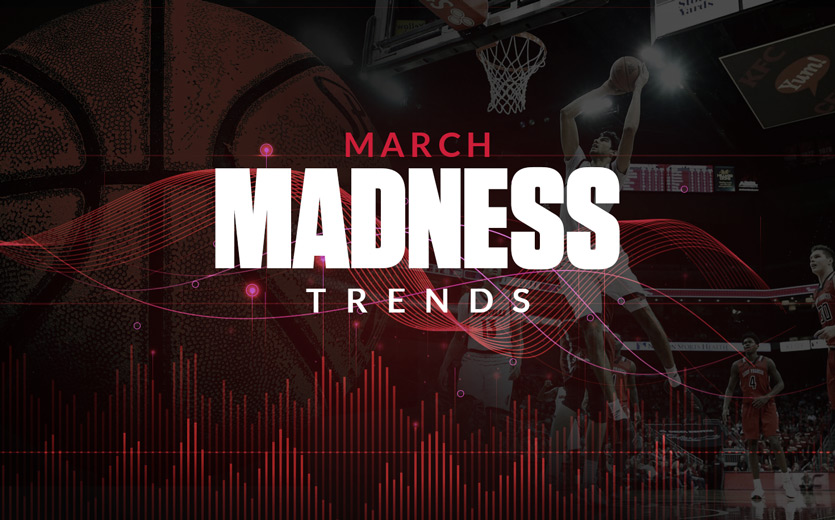 By the time the Sweet 16 arrives, the NCAA Tournament is technically 76% complete, as 48 of 63 games are in the books. But no matter which bracket contest you enter, every scoring system values the later rounds more, and you won’t be winning anything unless you nail your picks for the Sweet 16, Elite 8, and beyond.

Since past performance is the best indicator of future outcomes, recent trends can help you get a leg up. This page lists the most-notable betting trends for the Sweet 16 and Elite Eight since the NCAA Tournament expanded to 64 teams back in 1985. Of course, just because a trend has existed thus far does not guarantee it will continue. Make sure you do your own research before wagering your hard-earned money.

*Unless otherwise indicated, all the trends below date back to the 1985 tournament, when the field was expanded to 64 teams.

Only once in the last 36 years have all four #1 seeds reached the Final Four (2008). In fact, only four tournaments witnessed three #1 seeds advance to the Final Four. That means 29 of 35 Final Fours featured two or fewer #1 seeds. Don’t hesitate to knock off some chalk when you get to the third and fourth rounds.

Add the following caveat to the trend above: dating back to 2014, #1 seeds have won 18 of their last 19 games in the Sweet 16. They don’t all get there but, when they do, they’ve been nearly perfect in five straight tournaments. The lone team to lose in that stretch was UNC (2019), which fell to a red-hot Auburn team.

The Elite 8 has not been so kind, however …

4. At Least One #1 Seed Will Reach the Final Four

Crossing off all the #1 seeds in the Sweet 16 and Elite 8 would be almost as unwise as moving them all through to the final weekend. Only two Final Fours (2006, 2011) have featured zero #1 seeds.

As detailed in First-Round Trends You Need to Know, #12 seeds outperform expectations in the first two rounds. That comes to an abrupt halt in the Sweet 16, where #12 seeds are 2-20 overall and 0-20 when they face a #1 seed. 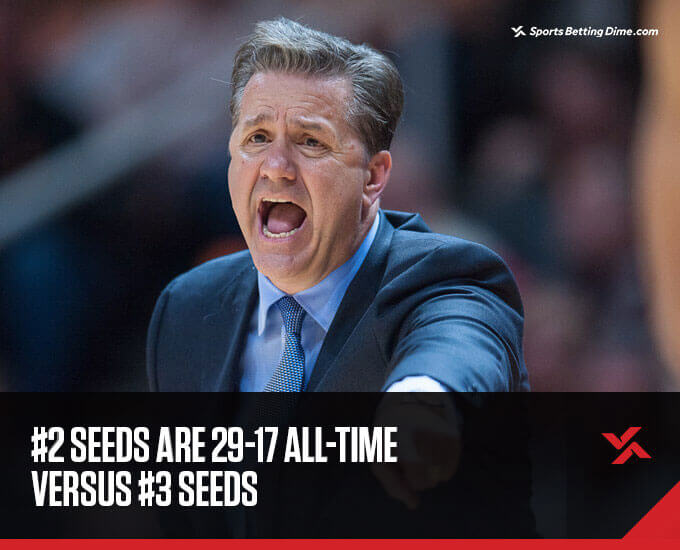 When the chalk holds, the Sweet 16 matchups pit #2s versus #3s in what ought to be competitive games. Yet the #2s have owned the head-to-head, going 29-17 all-time.

Even though several #7 and #8 seeds have made the third weekend since 1992 (three and four, respectively), the ’92 Blue Devils were the last #6 seed to do so.

10. Only One #9 Seed Has Reached the Final Four

Led by an NBA-caliber backcourt of Fred Van Vleet and Ron Baker, the 2013 Wichita State Shockers are the only #9 seed to make the last quartet since the 1985 expansion to 64 teams.

Led by … Fred Van Vleet and Ron Baker, the 2013 Wichita State Shockers are the only #9 seed to make the [Final Four].

Part of the issue is missed opportunities in the earlier rounds; as detailed in the First-Round Trends You Need to Know, #9 seeds have ironically fared much worse than #8 seeds after the Round of 64. That’s ironic because the #8-vs-#9 matchups in the first round are basically toss-ups. (The Selection Committee doesn’t actually differentiate between #8 and #9 seeds; they are all lumped together and matchups are determined in part by location.)

11. Blue Bloods Get the Job Done

Duke (12) and North Carolina (11) have reached the most Final Fours since 1985. Going back to the tournament’s inception in 1939, UCLA is second in Final Four appearances with 19 (we count vacated wins around here), but only five of those have come since the field was expanded in ’85.

BYU (29), Xavier (28), and Missouri (26) own the dubious record of most tournament appearances without reaching a Final Four. The Musketeers came tantalizingly close in 2017, making a Cinderella run to the Elite 8 as a #11 seed, where they were crushed (83-59) by eventual national runner-up Gonzaga. But they didn’t even get out of the second round in 2018 as a #1.

If you’re an aspiring sharp bettor, you should be doing anything and everything you can to gain an edge on your bookmakers.

Start with our strategy guides, where we cover everything from the 7 perennial attributes of March Madness winners to more complex, mathematically-oriented strategies like the Poisson distribution method.