With the 2019 World Series now in the books and teams already looking ahead to 2020, the Los Angeles Angels currently sit at +6600 odds to win the 2020 World Series, which is well outside the top 15.

Ausmus Out, Maddon In

The Angels made a big change in management after only one season, relieving Brad Ausmus of his duties and bringing in Joe Maddon. Maddon is familiar to Angels fans; he was bench coach on the 2002 team that beat the San Francisco Giants in seven games to win the World Series.

Pitching Must Be Addressed

The first priority for the Angels this winter will be pitching, both the starting rotation and the bullpen. Signing a top starter like Gerrit Cole fits the bill nicely. Cole is from Newport Beach, grew up in Orange County, and played college ball at UCLA. The connection to California is there, and it’s a big part of why the Angels are favored to sign Cole.

Shohei Ohtani will resume pitching in 2020 after undergoing Tommy John surgery. He also had a surgery on his left kneecap which affected his ability to pitch in 2019 as well. He will need to regain some of his 2018 form where he had a 3.31 ERA and 63 strikeouts in 10 starts.

GM Billy Eppler committed $35 million to five players including pitchers Matt Harvey and Trevor Cahill.  Cahill was 4-9 with a 5.98 ERA in 37 appearances, 11 starts. Not good enough.

This would’ve been neat if Trevor Cahill had pulled it off. Instead… pic.twitter.com/VEMqnkoHO0

The Angels bullpen was no better either.  The Angels took a chance on Cody Allen, the former Indian, who bombed and was released on June 18th. He had a 6.26 ERA and nine homers allowed in 23 innings.

With a run differential of -99 and runs-against of 868 (eighth-worst in baseball), pitching definitely needs to be addressed. We will have to wait and see how Eppler does.

Trout and other key players must also perform

Mike Trout, Albert Pujols, Justin Upton, Andrelton Simmons and Zack Cozart are all under contract heading into the 2020 season. Upton, Trout, and Cozart finished the season on the injured list which did not  help down the stretch.

Look at this. First 9 years:

People are out here rewriting history saying Trout is the goat when Pujols existed.

Pujols is two years away from finishing his mammoth 10-year contract in which he will make close to $60 million. His best years are long behind him, obviously, but he only managed to hit 23 homers and post 0.4 Wins Above Replacement (WAR). He’s no longer capable of producing like a DH on a true AL contender.

Justin Bour was another free agent bust for the Angels. Bour batted .172 in 52 games and played part of the season in the minors. Right fielder Kole Calhoun hit 33 dingers but slashed .232/.322/.424. He has a $1 million buyout in his contract that could be exercised.

The best case scenario is that the Angels sign Gerrit Cole, Ohtani performs well, their bullpen needs are addressed, and they bolster the lineup with improvements on Pujols and the like. They’ll also need Mike Trout to stay healthy, of course, and when you add up all the pieces that need to fall into place, the best bet is on the Angels struggling. 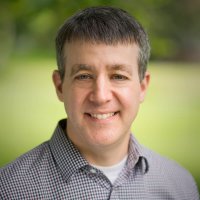