We shall be rid of those pesky Eastern Conference underachievers (the Brooklyn Nets are excluded) soon enough. All of the best action for the past several days has been happening in the Western Conference, and we get a double dose of drama Thursday night with Game 6 of the Nuggets-Trail Blazers series and the Lakers-Suns series.

And if you had Damian Lillard as the transcendent superstar, ahead of LeBron James, props to you for all the money you have already made.

Each series is at a critical juncture, and the home teams – the Lakers and Blazers – are both favored despite 3-2 deficits. Let’s have a look.

All odds as of June 2nd

Does LeBron James Go Down Meekly?

One would be advised to not bet on that. The guy has proven himself to be a gamer, wouldn’t ya say?

Still, Game 5 was a stunner for Lakers Nation, who watched their heroes go down by 30 points at the break. After the blowout loss, James said that he is preparing to be without Anthony Davis and Kentavious Caldwell-Pope in Game 6, but that if either or both play, it would be a bonus.

Entering Tuesday, James had never lost back-to-back games in the first round of the playoffs. That streak is now over, and he will now look to avoid losing three straight games as the Lakers look to stave off elimination in Thursday’s Game 6.

Kyle Kuzma admitted the #Lakers 'didn't show any heart' in the blowout Game 5 loss and discussed what needs to change tomorrow night.https://t.co/XWM0F1fL7o pic.twitter.com/9Z397lw0F0

Should we be all that surprised that Los Angeles is trailing? After all, the Suns were the higher seed and played some of the best ball in the entire NBA over the final two months of the season. The Lakers were without both James and Davis for long stretches because of injuries, and even though they developed chemistry last season when they won a championship, there were role players including Rajon Rondo and Danny Green who played major roles for the Lakers in terms of being glue guys who could step up when the stakes were highest.

James was the only Lakers starter who scored in double figures in Game 5, and Kyle Kuzma (15 points) and Talen Horton-Tucker (11 points) were the only other players to reach double figures in points. The non-competitive nature of the game was what was most striking, with Phoenix outscoring Los Angeles 32-10 in the second quarter.

"We just played our style. We kept the pace going, sharing the ball."

The Suns take a 3-2 series lead with their 30-point victory over the Lakers tonight. Stats, highlights, media availability and more from the Game 5 win! 👇

James has carried bad teams through moments like this before and while making it to the NBA Finals (he did it in Cleveland not all that long ago), and he is the last person on earth who is going to go down meekly. But there are 10 players on the court at any given moment in any given game, and if the five the Suns have on the court are playing as well as they did Tuesday, there is not a whole lot James can do.

Will We Get a Repeat of the Game 5 Thriller?

Well, you can only ask for so much in this life, and that ballgame Tuesday night was exceptional for so many reasons, not the least of which was the combined 45 points in overtime. Somebody please send a tape of that overtime to the survivor of the Hawks-Knicks series, ok?

Lillard set an NBA playoff record with 12 3-pointers in amassing his 55 points, and he added 10 assists and six rebounds for good measure. Wes Mathews cannot defend him, not could have the dearly departed Green who is now plying his trade in Philadelphia.

But Lillard cannot go for 55 every night, and the trick for the Nuggets will be keeping the other starters in check after all of them reached double digits in scoring led by Robert Covington’s 19.

Nikola Jokic had 38 points and finished one assist shy of a triple-double after being severely limited in his passing abilities earlier in the series by Terry Stotts’ coaching scheme. Jokic is clearly the key to this game going Denver’s way, and even though Michael Porter Jr. scored 28 in Game 5, Denver may need even more from him due to the absence of Jamal Murray.

Portland simply has more offensive and defensive weapons, and the Blazers have the home court and will have their largest crowd of the season. But let’s not forget that this no-quit Nuggets team came back from a pair of 3-1 deficits last season, something no NBA team had ever done before.

So What Is the Best Wagering Strategy?

These games tend to be called tight, so expect a pace that is slowed by referee whistles and free throws. Those types of games tend to go over, and even though the Lakers-Suns number is 20 1/2  points lower than the Denver-Portland over/under, it would seem that both of those totals should be eclipsed because elimination games usually bear little resemblance to games when one team goes ahead 3-2.

So a pair of overs combined with both ‘dogs and the points does not seem like the worst four-way parlay in the history of parlays. Desperate teams usually overperform, especially when one off them has LeBron James and the other has the shoo-in MVP in Jokic. And if that works, the bonus for everyone is a pair of Game 7s. Nobody hates those. 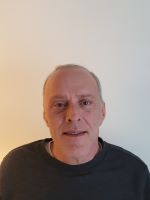