North Carolina Central is seeking its fourth straight MEAC title at this year’s conference tournament which runs from Tuesday, March 10 to Saturday, March 14 at the Norfolk Scope Arena in Norfolk, VA.

The winner of the tournament will earn a bid into March Madness and a potential chance to battle one of the top contenders in the 2020 NCAA Championship odds.

The top seeded Eagles are not the betting favorites however. That honor belongs to Norfolk State, who will be playing just 2.5 miles away from its home arena.

The No. 3 seeded Spartans were undefeated in conference play on their home court and while they won’t be playing at Joseph G Echols Hall, Norfolk Scope is so close that the stands are sure to be packed with Norfolk State supporters. 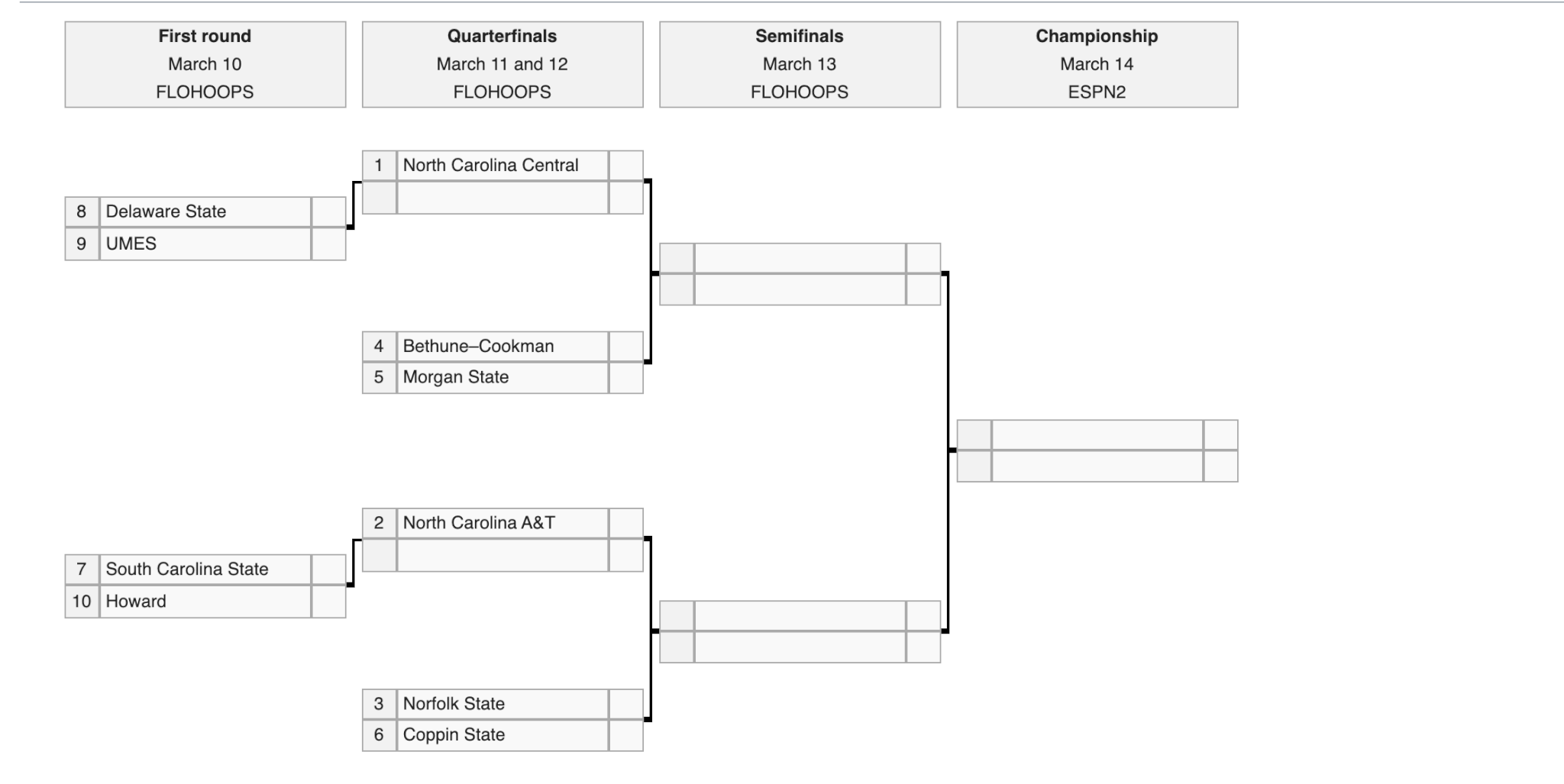 Is Norfolk State a Deserving Favorite?

The Spartans enter the tournament riding a three-game winning streak. They finished 12-4 in MEAC play, and their 75% conference winning percentage is the second highest in school history. They’re one of the best defensive teams in the MEAC, finishing second in points allowed, steals and opponent field goal percentage, and are actually the highest graded MEAC team in KenPom’s efficiency metrics.

That'll do it, as @NSU_BBALL wins 68-62 over Morgan State. Jermaine Bishop with his 3rd-straight 20-point game with 21 to lead the way

Spartans finish the regular season 12-4 and tied for 2nd in the MEAC standings pic.twitter.com/rKL3PPaIBs

The problem I see with their conference title prospects is their road to the championship. As the No. 3 seed, they’ll likely have to go through both North Carolina A&T and North Carolina Central, two teams they finished behind in the standings.

They were winless against both schools this season, and have been stymied by the Eagles at this tournament in the past. North Carolina Central has defeated Norfolk State in two of the past three MEAC title games, including in 2019 as an underdog.

North Carolina Central enters the conference tournament as the hottest team in the MEAC. They’ve won five straight and nine of 10 overall, and look nearly identical to last year’s championship squad. They feature eight returnees, including MEAC player of the year Jibri Blount.

Join us in Congratulating Our Captain, Senior Jibri Blount (@jibri_blount), on winning MEAC Player Of The Year!!! #EarnedNotGiven #SameFightDifferentRound 🏀🦅 pic.twitter.com/e2ApsgZpFH

The senior forward is averaging 19.3 points and 9.3 rebounds per game and has put up a double-double in three of his past five outings. The Eagles lead the conference in shooting percentage and points allowed, and force the second most turnovers per game.

Eagles are going for their fourth straight NCAA tournament appearance.

They’ve beaten every team in the tournament at least once this season and the fact that the three-time reigning champs are not favored feels disrespectful. To be the champs you have to beat the champs, and getting the best team in the conference at +270 is an absolute bargain.

If straying from the top two programs on the odds board no look no further than North Carolina A&T at +350. They’re the only team in the tournament with multiple first-team All-MEAC players, and senior guard Kameron Langley is the conference’s all-time assists leader.

The Aggies own wins this season over North Carolina Central and Norfolk State as mentioned, and average a conference best 80.6 points per game. They lead the MEAC in assists, rebounds and steals, and allow the conference’s lowest field goal percentage from behind the arc.