A delicious Divisional Round cake got its icing on Sunday night courtesy of a 61-yard game-winning touchdown pass from Case Keenum to Stefon Diggs, a “Minnesota Miracle” that sent the Vikings past the New Orleans Saints and into the NFC title game. Joining the Vikings in the conference championship are the Philadelphia Eagles, New England Patriots, and Jacksonville Jaguars.

Here’s how the odds to win Super Bowl 52 have changed after this past weekend’s games, along with expert betting advice. 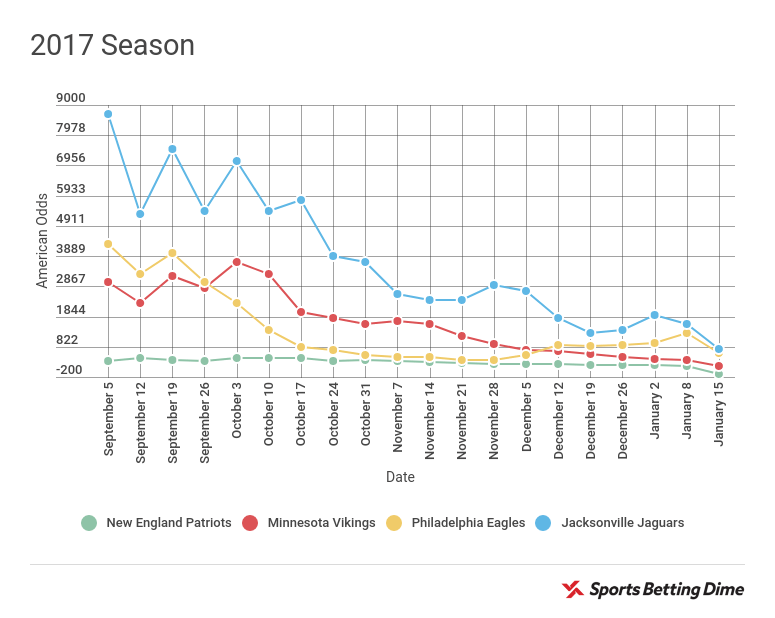 Through eight NFL playoff games, underdogs are 6-1-1 against the spread. The lone favorite to cover was the New England Patriots, who (with the help of the officials) beat-up on an inexperienced Titans team, 35-14. For only the second time since Week 12, Tom Brady looked like himself, throwing for 337 yards and three TDs. The performance from the 40-year-old was an encouraging sign that the Achilles injury he suffered in Week 11 against the Raiders may have been what was holding him back over the final five weeks of the regular season, as opposed to Father Time.

However, it’s important to remember that Brady’s big effort came against a Titans defense that ranked 24th in defensive DVOA and finished the regular season 25th in passing yards allowed. He’ll have a much tougher task in the AFC Championship game, when the Patriots meet the Jaguars and their top-ranked pass defense. In order to advance to their third Super Bowl in four years, the Pats will need another vintage Brady performance on Sunday afternoon.

Online sportsbooks are extremely optimistic about the Patriots’ chances. Their average odds to win Super Bowl 52 sit at -105, compared to +160 last week.

EXPERT ADVICE: The risk versus reward is just not worth it when it comes to betting the Patriots to win Super Bowl 52. The Jaguars are not going to be a walk in the park in the AFC Championship, and it’s very possible (even if they do advance) the Pats will be de facto visitors in the Super Bowl. With Brady showing some signs of aging, and a defense that finished the regular season 30th in DVOA against the run, an upset is too likely to take these odds.

Can Blake Bortles Lead the Jaguars to the Super Bowl? 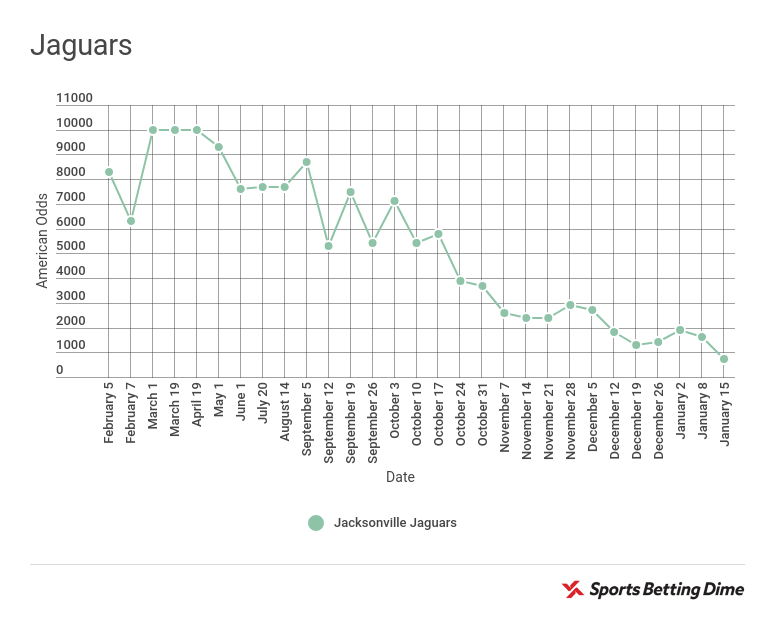 In the most surprising outcome of the weekend, the Jacksonville Jaguars outlasted the Pittsburgh Steelers, picking up a 45-42 victory on the road. Blake Bortles played very well — in comparison to past performances — posting a 94.1 passer rating and, critically, no turnovers. The defense had an up-and-down day, forcing two Ben Roethlisberger turnovers in the first half (one of which was a scoop-and-score, while the other turned into six points on the following play), but then perhaps got a little too conservative in the second half, allowing Big Ben to throw for 469 yards and five TDs.

It won’t get any easier for the Jaguars defense this week as they prepare for Tom Brady and the second-ranked scoring offense in the NFL. Jacksonville will, at the very least, need another solid, turnover-free performance from Blake Bortles to pull off the upset in Foxborough.

Of the four teams remaining, the Jaguars possess the longest average odds to win Super Bowl 52: +740. Entering the Divisional Round, Jacksonville was +1600 to hoist the Lombardi Trophy.

Bet Alabama or the Field for the 2019 National Championship?
Read More

EXPERT ADVICE: Since December 12, I have been advising bettors to wager money on the Jacksonville Jaguars to win Super Bowl 52, consistently stating they offer the best value among AFC teams. That sentiment remains true ahead of the AFC Championship, though you’ve lost a lot of value if you’re waiting until now to lay that money.

The Jaguars remain the one AFC team that has what it takes to beat Tom Brady and the Patriots, to wit: a defense capable of pressuring the passer while only rushing four, a star-filled secondary, a run-heavy offense, and an attitude. The 2017 Jaguars look an awful lot like the 2007 and 2011 New York Giants, both of whom took down Brady in the Super Bowl.

I understand betting on Blake Bortles is difficult given his history. So do some logical contortionism and pretend you’re only betting on Jacksonville’s defense. At +900 odds, that’s an easy bet to get behind.

Can the Vikings Become the 1st Team to Play a Home Super Bowl? 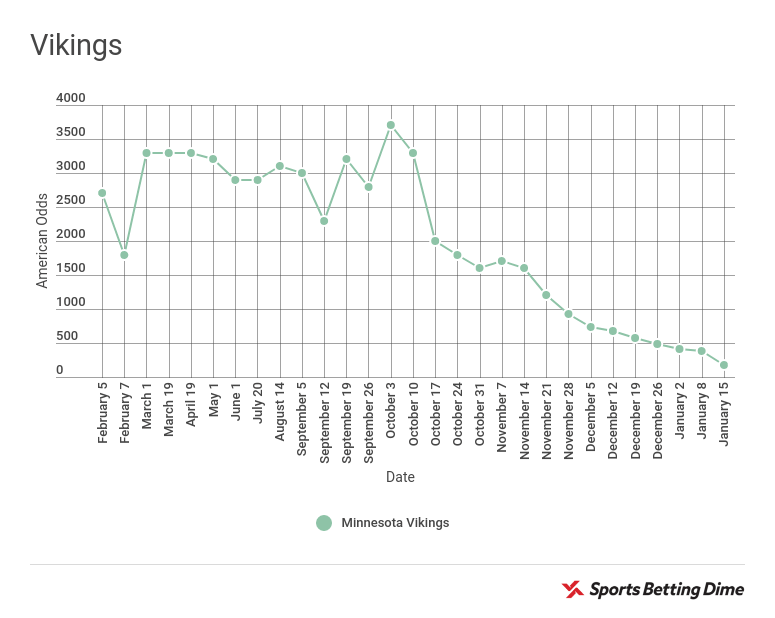 In spite of finally having a kicker convert a clutch fourth-quarter field goal in the playoffs, it looked as if Sunday night’s matchup with the Saints would go down as the next chapter in the vast tome of Vikings playoff heartbreak. Drew Brees promptly marched New Orleans on a field-goal drive of their own to take a one-point lead, and left just 25 seconds on the clock. But then this happened …

The 61-yard TD to Stefon Diggs was the first ever walk-off touchdown in the fourth quarter of a postseason game, and it sent the Vikings to Philadelphia next week for a battle with the Eagles.

EXPERT ADVICE: Thanks to the Eagles being without Carson Wentz, Minnesota is the most complete team left standing. Minnesota ranks first in total defense and scoring defense, and is in the top 11 for both total and scoring offense. The one perceived hole is at the most crucial position: QB. However, Case Keenum and his 98.3 regular-season passer rating have turned me into a believer.

If you’re too skeptical about laying money on the Jaguars, the Vikings are the only other team I would currently bet. The possibility of home-field advantage in the Super Bowl makes them worth it at +220.

Should We Give the Eagles a Chance in Super Bowl 52 Futures? 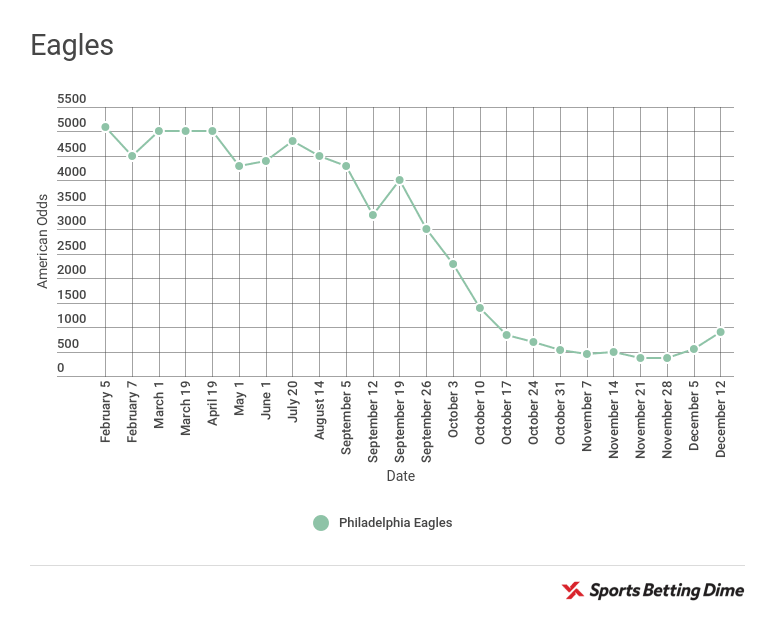 After the Eagles lost Carson Wentz to a season-ending ACL tear in Week 14, many of us wrote off the NFC East champs. But here they are, preparing for the Vikings in the conference championship, thanks to a 15-10 victory over the defending NFC Champion Atlanta Falcons.

There’s no question the offense is not the same with Nick Foles at the helm. The Eagles have now scored fewer than 20 points in three straight games, while they were only held under 20 points once in 13 Carson Wentz starts. But the defense has picked up the slack, only allowing 26 total points over the last three games.

Philadelphia’s average odds to win Super Bowl 52 are +620, down from +1300 entering the Divisional Round.

EXPERT ADVICE: Without Wentz leading the way, the Eagles are trying to win Super Bowl 52 strictly on the strength of their defense. Unfortunately, their defense is only third-best among the four still playing. Getting into a defensive battle with the Minnesota Vikings or Jacksonville Jaguars is unlikely to work out in Philadelphia’s favor, and the other possible team they could meet is Tom Brady’s Patriots. Call me crazy, but I don’t see Nick Foles keeping up in that one.

It’s going to be a rocky path for the Eagles to win the franchise’s first Super Bowl, and it’s not one I would advise betting on.