The NHL’s Qualifying Round officially ended Sunday night as the Columbus Blue Jackets sent the Toronto Maple Leafs home early. With just 16 teams remaining now, the first round of the 2020 Stanley Cup Playoffs will get underway Tuesday, August 11.

After earning the top seed in the Western Conference, the Vegas Golden Knights are given the best odds to win the Stanley Cup. The Flyers (the Eastern Conference’s top seed) and Avalanche round out the top three contenders entering the first round.

But with four of the eight qualifying matchups resulting in upsets, and a few surprisingly poor performances from top teams in the round robin games, the futures odds suggest there is no clear favorite.

You’re smarter than the oddsmakers, though, right? You know exactly who will hoist The Cup in 2020. So print off your 2020 Stanley Cup Playoff bracket below and get it filled out before games start on Tuesday. 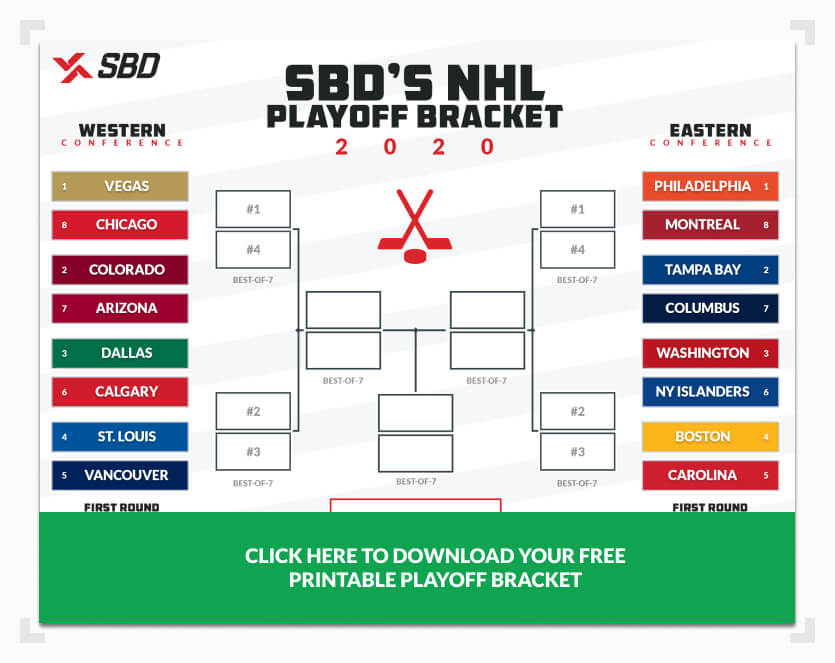 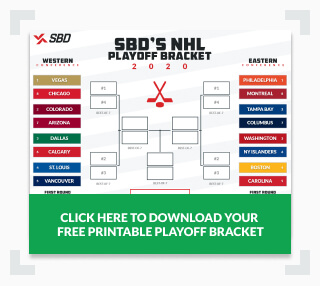 Keep in mind, the 2020 Stanley Cup Playoffs will not operate as a true bracket. The second round will see teams re-seeded, allowing the high seed play the low seed, as you may be used to in the NFL Playoffs. So be careful not to just move a team to the open field next to them when filling out your bracket.

All NHL playoff series from here out will be best-of-seven, as well.

Need Help Filling Out Your Bracket?

There’s no shame in taking some advice from the betting experts. And if you don’t want to call it help, we can just say you’re, “doing your research”. Here are the places to look for all the info you’ll need:

All eight first-round series will open Tuesday or Wednesday, with four games scheduled each day. You’ll see the schedules for each matchup below (all times are in EST):

If you’re looking for betting info on each game, see our NHL odds page.