The Gambler’s Fallacy: How Believing Lies Can Help Us (Sometimes) 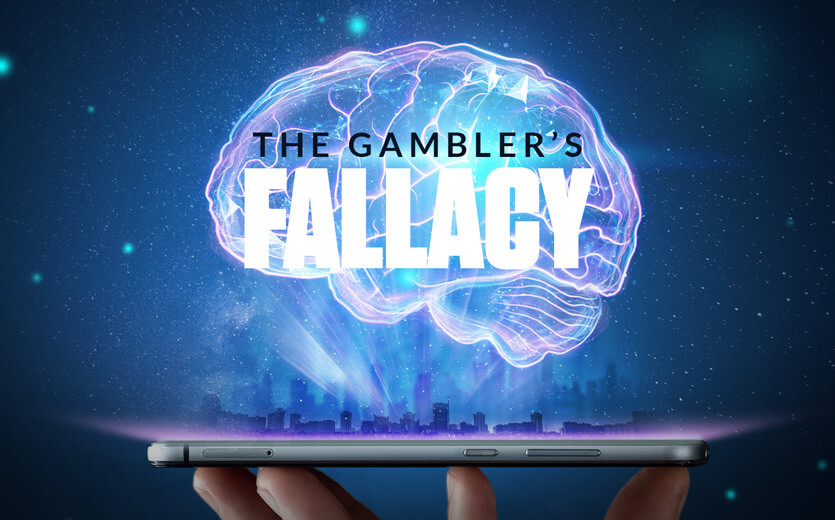 According to recent research out of University College in London, believing in the gambler’s fallacy can actually cause the hot hand fallacy to be true.

Is it possible that believing in the gambler’s fallacy be beneficial sometimes? Well, kind of. Read on to learn more information about this startling study, and how to use these findings to make you a sharper sports bettor.

What Were the Authors Trying to Prove?

First of all, the gambler’s fallacy is the inaccurate belief that you can predict outcomes of future bets from the results of your past bets alone.

The hot hand fallacy is, in short, the erroneous belief that if you’ve been winning a lot recently, you’re more likely to continue winning in the future.

Professor of Psychology at University College of London Nigel Harvey and graduate student Juenim Xu sought to see how the effects of the hot hand fallacy and gambler’s fallacy related to betting on sports. Was there any new evidence for the existence of these fallacies? Or did bettors eventually grow out of these cognitive biases?

Harvey and Xu analyzed 565,915 sports bets made by 776 different sports bettors. They used data gathered from a variety of licensed, online sportsbooks, including many of the ones we review.

The average bet size was $15, with bettors most frequently wagering on European football, followed by horse racing. 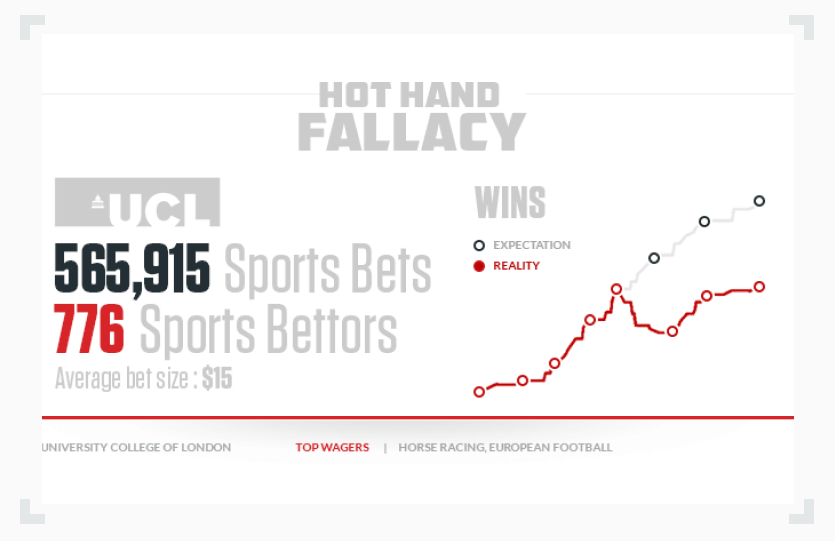 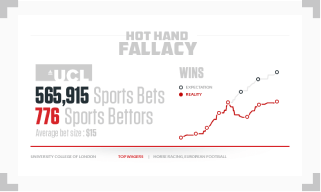 Using this betting data, they isolated winning and losing streaks, and tried to see if they could determine any evidence of either gambler’s fallacy or the hot hand fallacy. What they found was shocking, to say the least.

What Exactly Did They Uncover, for Bettors on Winning Streaks?

The average winning percentage of the 565,915 bets they analyzed was roughly 48%. Not quite in the black, but not too shabby.

A bettor trying to go for a third winning bet in a row won 57% of the time. Bettors who had lost two bets in a row lost their third bet 67% of the time.

Here’s where things start to get crazy. When a bettor going for his fourth win a row won 67% of the time. The probability of winning after losing four in a row was a mere 27%, with bettors losing 73% of the time.

Mind-bogglingly, a bettor going for his fifth winning bet in a row won 72% of the time.  A bettor looking to snap a five-bet losing streak lost 75% of the time.

Long-term winnings for bettors with at least a single streak of winning five or six bets in a row were not significantly different than those who had no such streak. Bettors who hit a big winning streak (5+) still had an average loss of $1.022 per bet, while those who didn’t still lost an average $1.029.

It doesn’t take a statistician to determine that a difference of 0.005 USD isn’t very much at all! There was no statistically significant difference between bettors who had long winning streaks and those who didn’t. Neither group achieved anything close to a “sharp” winning percentage of 54% or higher.

Let’s Make Some Sense of All This Data!

Looking at the results of their research, Harvey and Zu found out that bettors placed bets as if the gambler’s fallacy was real. It means that, if they were on a winning streak, they expected to lose. If they lost many bets in a row, they expected to win.

Winners reacted to their belief in the gambler’s fallacy by placing bets at safer odds, betting exceptionally carefully and conservatively. Naturally, gravitating towards safer odds meant a higher chance of success.

Conversely, bettors who were on a losing streak thought that their luck was bound to change, so they bet on riskier odds. Betting on longer odds meant a lower probability of success, so their losing streaks often continued.

What Do These Findings Mean for Your Sports Bets?

In many respects, this study confirmed what we already know: Betting on higher probability events gives you a higher chance of success. Taking a line at odds like -275? Your chances of winning are much higher than if you swing for the fences with a +600 bet. In a nutshell: Bettors on winning streaks gravitate towards safer bets, while losers gravitate towards riskier bets.

In the end, Xu and Harvey’s study didn’t prove anything except that believing in the gambler’s fallacy isn’t beneficial for any prolonged period of time. If the hot hand effect occurs, it’s because bettors start laying wagers on bets with a higher probability of success.

We believe that all sharps must have clarity in their decision-making process, and bet rationally with a sports betting strategy. Sports betting is a long-term enterprise, and the tendency to believe in the gambler’s fallacy doesn’t give you the winning percentage of a sharp.

Falling victim to any kind of cognitive bias hurts your bankroll in the long run. To learn more about betting psychology, check out the rest of our series.