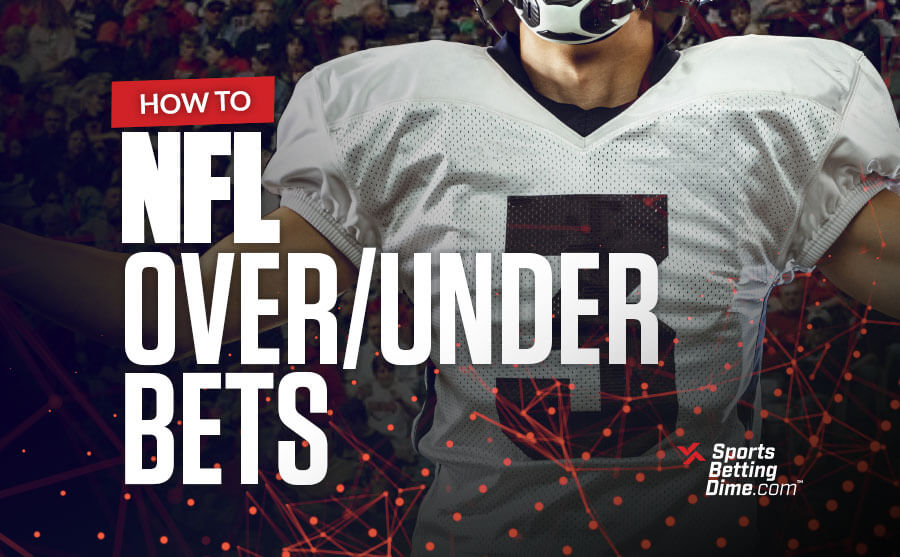 Making over/under wagers is one of the most polarizing subjects in NFL sports betting. While most sports bettors prefer to take the over (who doesn’t love high-scoring games?), there are times where a defensive battle between two stalwart teams calls for an under wager.

Handicapping NFL over/under bets is a reliable way to become a successful sports bettor. Whether you’re a rookie or a seasoned sharp, finding opportunities to hit NFL totals is a profitable and exciting method to wager throughout the season.

Get closer to all the action on the gridiron with this comprehensive guide on NFL over/under bets.

What Are NFL Over/Under Bets?

First things first, let’s sort out exactly what NFL over/under bets are. Also referred to as “totals,” this wagering type sets a value on how many combined points will be scored between two NFL teams in a single game. Then, it’s up to you to decide if the final score of the game combines to be higher (over) or lower (under) than that total value.

For example, a game between the Buffalo Bills and Arizona Cardinals could have an over/under line set at 56.5 total points. In this case, the “over” line might have -106 odds, and the “under” line would be slightly favorited at -114 odds. 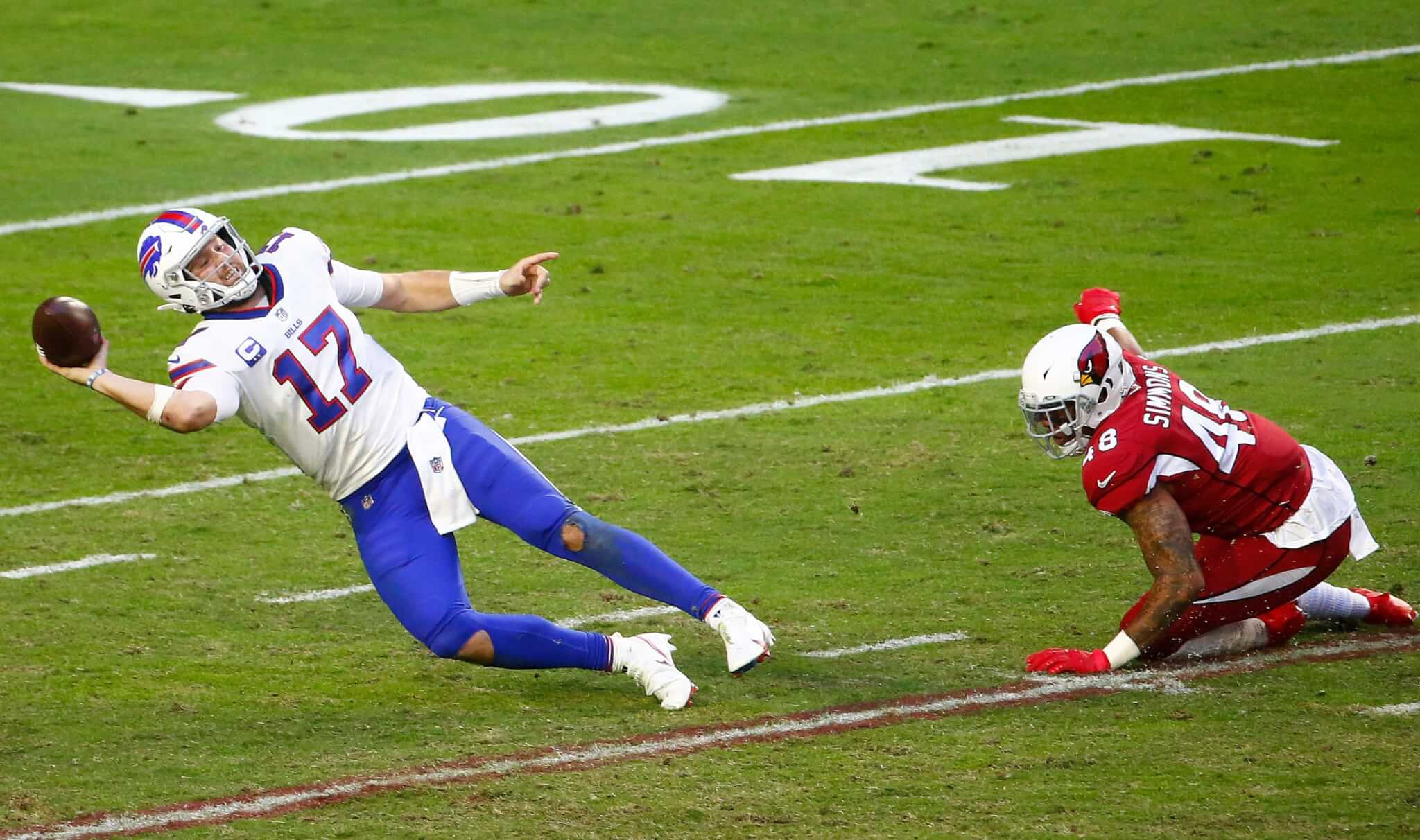 For a more detailed breakdown on over/under bets, check out our totals betting guide.

How to Bet NFL Over/Under Lines

Betting on NFL over/under action is not only simple and exciting, but it also happens to be one of the most reliable ways to pad your bankroll.

As described in the previous example, sportsbooks will set a line on the total number of combined points in a game, and then you simply decide whether the final score of both teams will be over or under that overall figure. The odds and potential payouts will vary greatly, but otherwise this wager works the same way every time.

Most sports bettors prefer to wager on the over in hopes they’ll see a high scoring game, but that doesn’t mean you need to go this way every time. There’s nothing wrong with diving into team statistics and other variables to handicap this wagering type, but if you’re looking for pure excitement, then stick with betting the over.

We recommend going with Barstool Sportsbook promos when you’re betting NFL over/under markets. They have a special promo designed for NFL over/under bets called the “Overs Club”, which typically offers a special jacket as an extra reward if the over happens to hit in certain games.

Wagering on the over might be far more popular in NFL totals betting, but there are a couple of ways to get more strategic if you’re not a fan of taking a shot in the dark. Here’s a couple tips on strategizing your NFL over/under bets.

One of the most important aspects of over/under betting is line shopping for the best NFL odds.

Sports bettors love to take the over, and as such, the public typically causes a lot of line movement. As more fans start betting the over, bookmakers adjust the line to increase the total number of points on an over/under wager.

If you’re looking to bet the over, it’s better to get your wagers set earlier in the week before the public starts forcing significant line movement. On the other hand, if you’re favoring the under in a game, you might want to wait closer to kickoff to fill out your bet slip. Choose an NFL betting app in your region for the best football promos.

Looking at NFL betting trends is another effective method when deciding whether to wager on the over or the under.

While the public has a habit of blindly wagering on the over, there are other variables that can cause a noticeable change in the betting trends. Factors like indoor/outdoor & home/away splits, weather conditions, and power rankings/standings can influence many sports bettors into wagering one way or the other.

There are three main types of NFL player prop bets that will set a total value for you to wager on:

In any of the examples above, the player prop bet will be attached with an over/under value, and it’s up to you to decide if an individual goes above or below that value in a game or over the duration of the entire season. 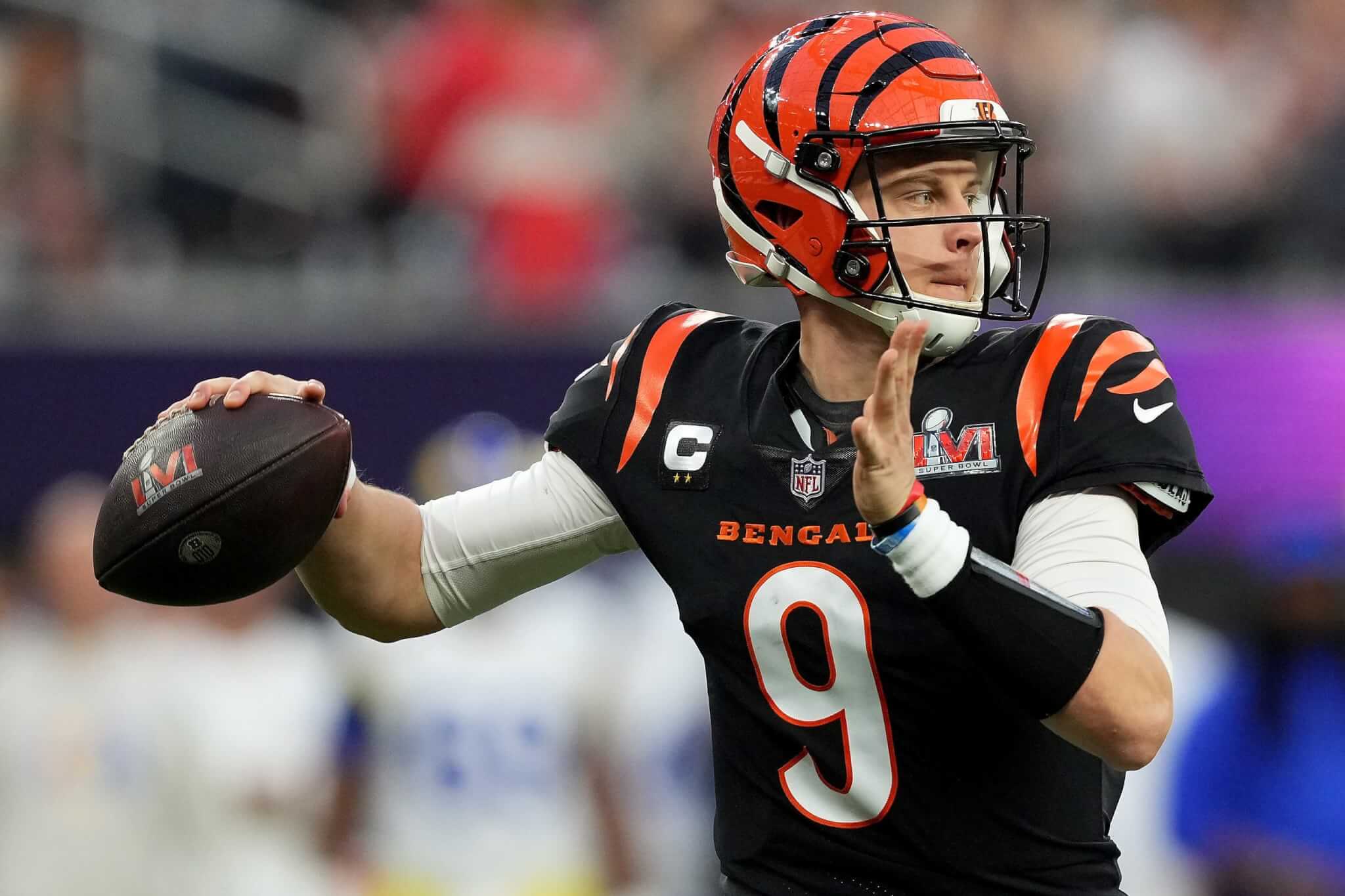 You can also make over/under wagers on the total number of wins an NFL team has throughout the season. Head on over to our NFL win total odds page for a preview on how this could all play out.

Do NFL over/under bets include overtime?

Yes, NFL over/under bets include overtime. This is great news for over bettors, as it adds additional time for more points to be scored.

Can you bet on both the over and under in NFL games?

Yes, you can bet on both the over and under in NFL games, however you are unlikely to be profitable doing this. Sportsbooks charge vigorish (vig), also known as juice, on both sides of the over/under lines which makes it unappealing to wager on both the under and over.

What happens when the NFL over/under total hits exactly?

NFL over/under bets usually have a half point attached (i.e., 56.5) to avoid the total hitting exactly. However, if the total hits exactly, your wager is considered a push and all bets are refunded.

How do oddsmakers set the lines for NFL over/under bets?

What is the most common combined score in NFL games?

The most common combined score in NFL games is 41 points, which has happened in approximately 3.8% of all NFL games.