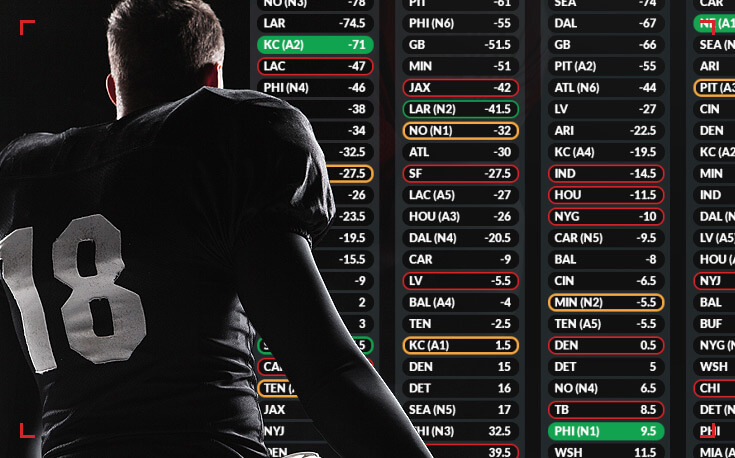 After the NFL releases its schedule for the upcoming season, the race is on between sportsbooks to be the first to open lines for not just Week 1, but every game of the season. This is the first year we’ve also seen lines for the final week of the season, which is Week 18 in 2021.

We got those opening lines for the 2021 NFL season very early. Using these lines, we’ve calculated the sum of spreads for each team’s (17) games, resulting in an ATS +/- for the season. This metric gives you a look at the expectations for each team this season – our power rankings.

This differs slightly from a traditional power ranking, since it factors in NFL strength of schedule and is also rooted in numbers instead of pure speculation. Using a consistent method each year also allows us to draw trends based on past results, which you’ll see below. 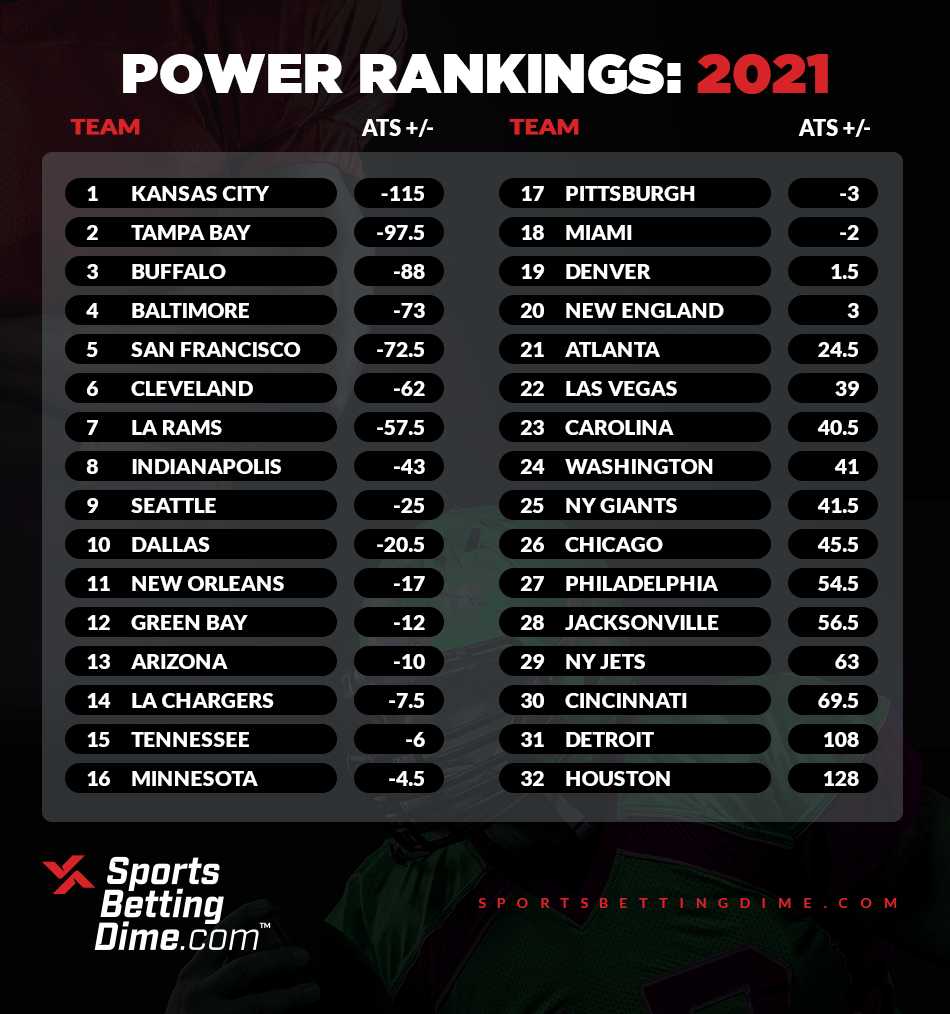 To be clear, these are opening lines from the offseason for every week. We will not consider what the lines open at ahead of each week during the season. Obviously, with the way NFL spreads work – the favorite is giving up points – the more negative the ATS +/- is, the better the team is expected to be.

The Chiefs come in as the top team in my 2021 NFL Power Rankings, having an ATS +/- of -115. On average, the Chiefs are 6.8-point favorites in each game this season. It’s a significant drop off to get to the second-ranked Tampa Bay Buccaneers at -97.5, which makes them an average of 5.7-point favorites each week.

On the other end of the spectrum, we have the Texans in 32nd and Lions in 31st. Houston’s ATS +/- of 128 makes them an average of 7.5-point underdogs each week, while Detroit is an average 6.4-point underdog each week.

What can we take from this data? Let’s have a look back at the past six years (the image only features five, but some of the trends below consider six): 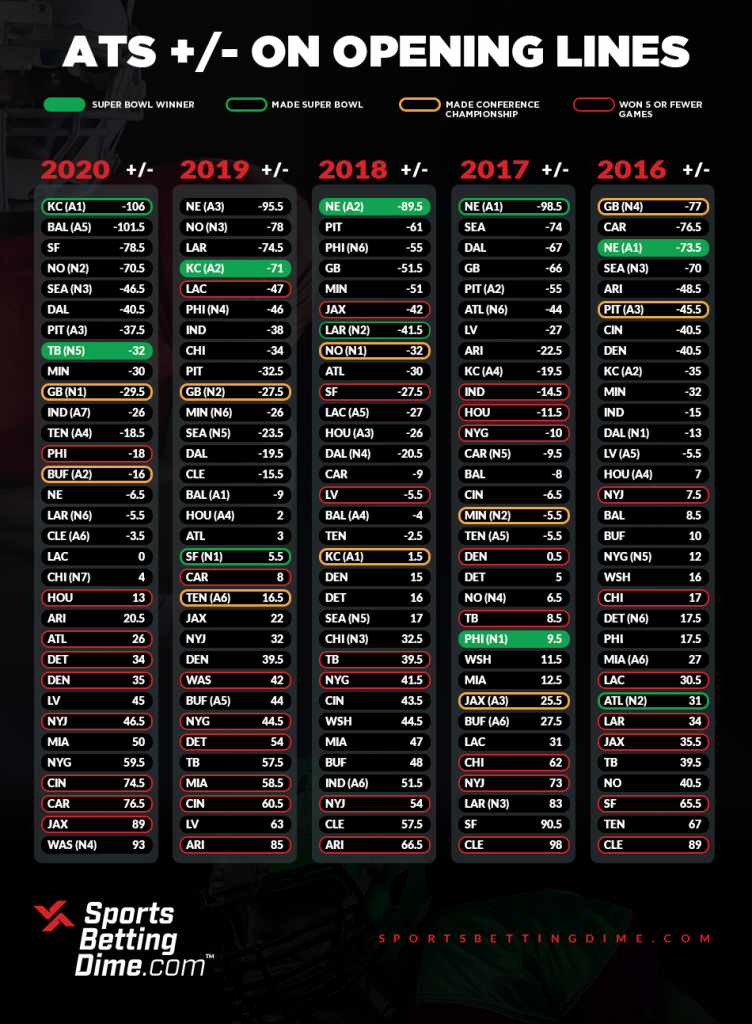 Trends from ATS +/- in Past Seasons

One of Kansas City, Tampa Bay, Buffalo, or Baltimore will be playing in Super Bowl 56. It’s no coincidence that these are four of the top five teams in terms of Super Bowl odds, as well. But a second Super Bowl in three years isn’t likely for the Chiefs.

We’re also looking at one of the Chiefs, Buccaneers, or Bills missing the 2021-22 NFL playoffs.

There’s a very decent chance the team the Chiefs/Buccaneers/Bills/Ravens will face in Super Bowl 56 will be one of these teams: the Dolphins, Broncos, Patriots, Falcons, Raiders, Panthers, or Giants.

It’s bad news for Houston, however. As the team with the worst ATS +/-, the trend says they won’t win more than five games in 2020 – their win total is set at 4.5. One of the Lions, Bengals, Jets, and Jaguars will join them in losing 12+ games, as well.

You can also essentially write off the Texans and Lions from making the playoffs, and it’s very unlikely any of the other three teams in the bottom-five of ATS +/- will play more than 17 games this season.