2022 NFL Strength of Schedule for Every Team Calculated Properly 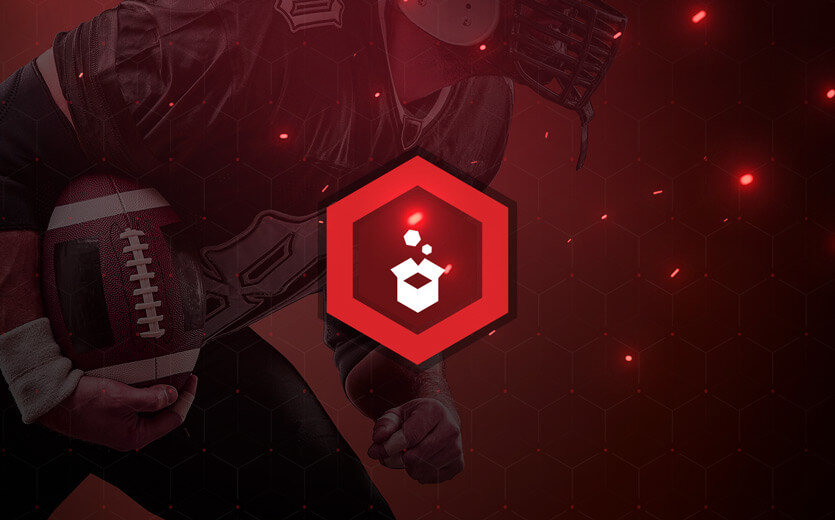 For too long we have wasted our time reading articles that use each team’s record from the previous season to calculate strength of schedule rankings for the upcoming season. Stop this! There are far too many flaws involved in this method.

We should be using something much more forward-looking instead of how these teams performed last year. A handful of years ago, I came up with the idea to use the win totals put out by sportsbooks each season to determine how difficult a schedule each team faces.

The league released its full 2022 NFL schedule on Thursday, May 13, but NFL win totals opened back in late March. Here’s the NFL SOS for every team using this much more accurate method, as well as how this method has performed in terms of predicting future outcomes in previous seasons.

Using 2022 NFL win totals, I have come up with my own NFL Strength of Schedule by adding the projected wins (from sportsbooks) of each team’s 17 opponents this season.

The main flaw I have run into this season is sportsbooks not releasing a win total for the Cleveland Browns yet, due to the uncertainty of Deshaun Watson being suspended by the league at the time—he was suspended for 11 games. I used this year’s Super Bowl odds and NFL divisional odds to find similar teams and then use their win totals to set one for the Browns.

For a second straight year, it is a team from the AFC West that has the toughest schedule. It was the Raiders last year, but is now the Chiefs in 2022. This is largely due to huge offseason moves made by the other teams in their division, as the Chargers added Khalil Mack and JC Jackson to their defense, the Broncos acquired Russell Wilson, and the Raiders brought in Davante Adams.

Between the Chargers and Broncos, that’s four games Kansas City has on their schedule against believed-to-be 10-win teams, according to NFL win totals. The AFC West also draws the NFC West this season, meaning the Chiefs will see the defending Super Bowl champion LA Rams (10.5 win total), San Francisco 49ers (10), Arizona Cardinals (9), and Seattle Seahawks (6.5). The latter does not have the same sting without Wilson, but the other three will be very tough.

Then add in their games against the other AFC division-winners from last season—AFC Champion Cincinnati Bengals, Buffalo Bills, and Tennessee Titans, who they would have seen anyways with the AFC West drawing the AFC South this year—and their add-in game against the Tampa Bay Buccaneers, and this is one grueling schedule ahead for Kansas City.

For context on just how tough it is, last year’s most difficult schedule belonged to the Raiders, whose opponents’ combined win totals equaled 153.5. The Chiefs’ equals 156 this year. The year prior, which was a season that only included 16 games instead of 17, only saw 136 projected wins of opponents.

It should also be noted that even with the Chiefs facing the toughest schedule, they still rank sixth in our NFL Power Rankings.

The easiest schedule in the 2022 NFL season belongs to the Philadelphia Eagles, whose opponents only combine for 137 projected wins, according to NFL win totals at sportsbooks. This means Philadelphia’s opponents project to post a 0.474 winning percentage this season.

Not only will they benefit from two believed-to-be weak teams in the NFC East—NY Giants, seven projected wins, and Washington Commanders, 7.5 projected wins—but also get some weaker teams in their division’s matchups with the NFC North and AFC South.

They will see the Lions, Bears, Vikings, Texans, and Jaguars, among others, from those divisions, and also benefit from the second-place teams in the NFC South and West not being overly strong—Saints and Cardinals. Their add-in game from the AFC also pits them up against the Steelers, who will be a very different team with Mitchell Trubisky, or more likely Kenny Pickett, under center.

The Eagles are not the only NFC East team benefiting from their division’s matchups, though. The New York Giants have the second-easiest 2022 schedule, while the Washington Commanders have the fifth-easiest. The Dallas Cowboys have the toughest schedule among NFC East teams, but that’s still the tenth-easiest schedule in the NFL.

Why Using Our Strength of Schedule Method Is More Accurate

For starters, free agency, the NFL Draft, and other player/coach movement are all capable of dramatically changing a team in just one offseason – see the 2017 Los Angeles Rams under Sean McVay or the 2020 Tampa Bay Buccaneers with Tom Brady.

Second, injuries/suspensions to star players, namely quarterbacks, can result in a good team suffering through a bad season – see the 2017 Green Bay Packers without Aaron Rodgers. If you’re going to tell me the Packers are a 7-9 team with Rodgers under center, I’m here to call you crazy.

Sure, sportsbooks can be influenced by where the money is going, and scheduling is sort of worked into their lines, but their win totals still at least reflect the current team, not the past one.

The 2018 Buffalo Bills are a great example of why using projected win totals to calculate strength of schedule is much more appropriate than last year’s record. If we were judging Buffalo by 2017 alone, they would have been counted as a very respectable 9-7 team.

However, the Bills traded QB Tyrod Taylor in the offseason, and entered 2018 with AJ McCarron and Josh Allen under center. Buffalo should not have been viewed as a nine-win team. Their 6.5 projected wins were a much closer projection to what they actually were: a 6-win team.

Another example is the 2018 Houston Texans. Only getting six starts out of Deshaun Watson before he tore his ACL, and missing JJ Watt (among others) for 11 games resulted in the 2017 Texans posting an awful 4-12 record.

But with both of those players back in 2018, they posted an 11-5 record. Regarding them as a 9.5-win team like sportsbooks suggested was much closer to the team they were.

How Can Strength of Schedule Help You as a Bettor?

No offseason NFL bets should be made before at least considering strength of schedule.

Whether you’re betting Super Bowl futures, NFL win totals, player awards, or even a prop as obscure as the first head coach to be fired, strength of schedule is going to play a major role.

An easy regular season schedule is likely to lead to a higher-seed come playoff time. And with seven of the last eight Super Bowls consisting of one of the top two seeds from each conference, it’s clear that home field advantage is significant in the postseason.

When it comes to player awards, the average number of regular season wins for the last ten NFL MVPs is 12.6.

So once you have narrowed down your list of potentials for the MVP, it would be wise to consult which of your candidates face easy/difficult schedules, since they’ll likely need to win at least 12 games to take home the honor. Keep this in mind as you scan the NFL MVP odds and favorites for the upcoming season.

Who has the toughest schedule in the NFL 2022?

The Kansas City Chiefs play the toughest schedule in the 2022 NFL season.

The Philadelphia Eagles have the easiest 2022 NFL schedule.

<>What are the most difficult NFL opponents, according to the NFL strength of schedule?