Smart bettors know that each year’s matchups have to be analyzed anew, yet some interesting and thought-provoking trends have emerged over the 34-year history of the NCAA Tournament as we know it.

This year’s semi-finalists also bring some undeniable streaks into the crucible of the college basketball season. 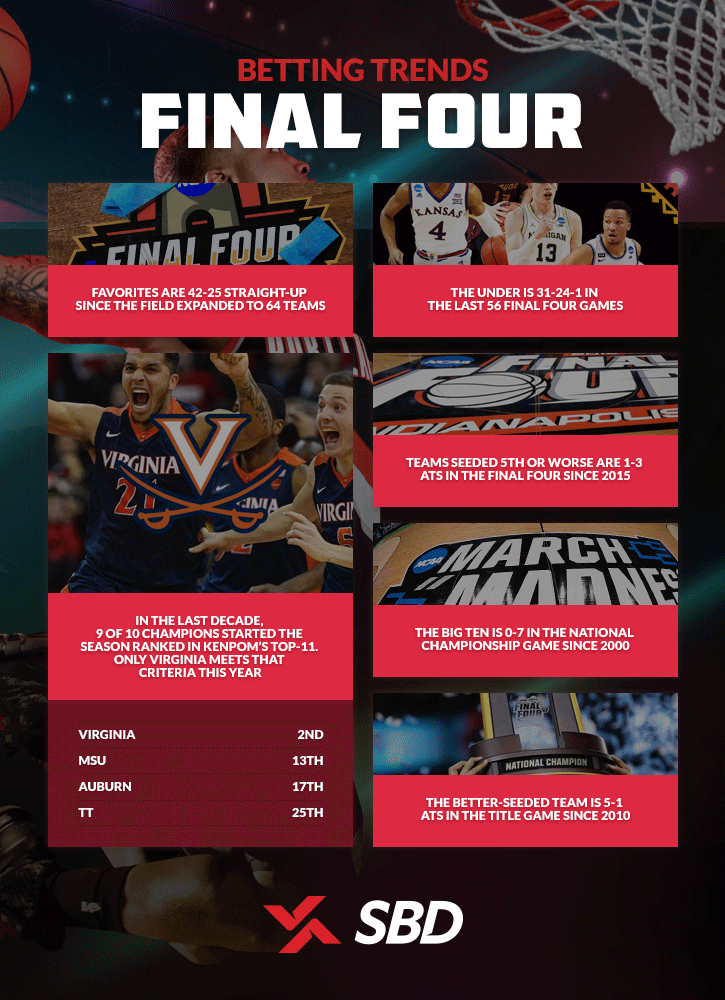 Auburn Games are Flying OVER

Note, however, that their Elite Eight game with Kentucky needed OT to go over the total of 141. The game ended 77-71, but went to overtime tied at just 60-60.

The Tigers finally cooled off from deep against UK, hitting just 7/23 (30%) from beyond the arc. 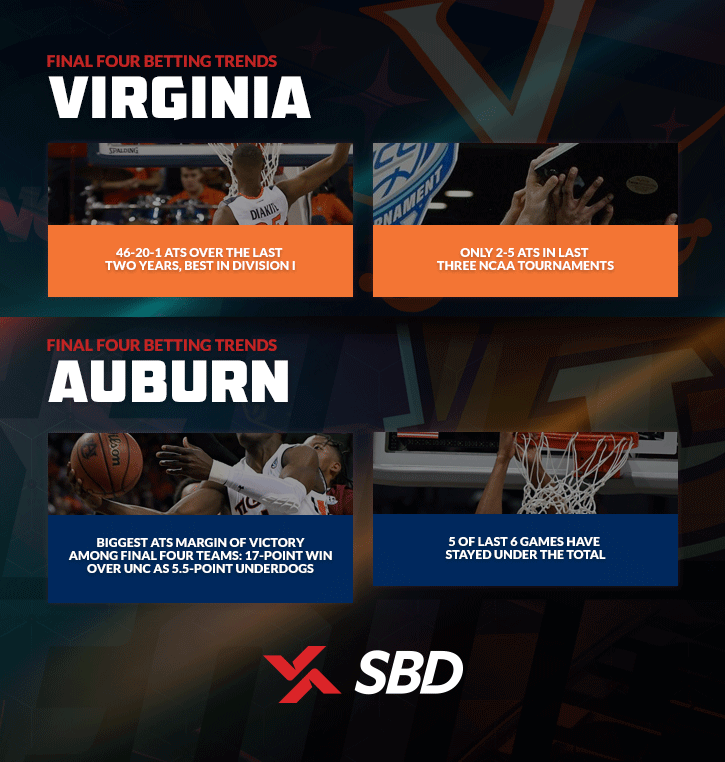 The Red Raiders are the only team that’s 4-0 against the number. After covering by two as 13-point favorites against #14 Northern Kentucky, they really flipped the switch.

They beat Buffalo by 20 as 4.0-point chalk; they routed Michigan by 19 as 1.5-point underdogs; and, most recently, they distanced Gonzaga late to win by six as 5.0-point ‘dogs.

On average, the Red Raiders have crushed the number by 15.8 PPG over their last three and 12.4 PPG for the tournament. After their last pair of wins, they now have a 4-3 record straight up as an underdog this year.

The spread for Texas Tech vs Michigan had the Red Raiders as a 2.5-point underdog as of Wednesday.

Tom Izzo has Struggled in the Final Four 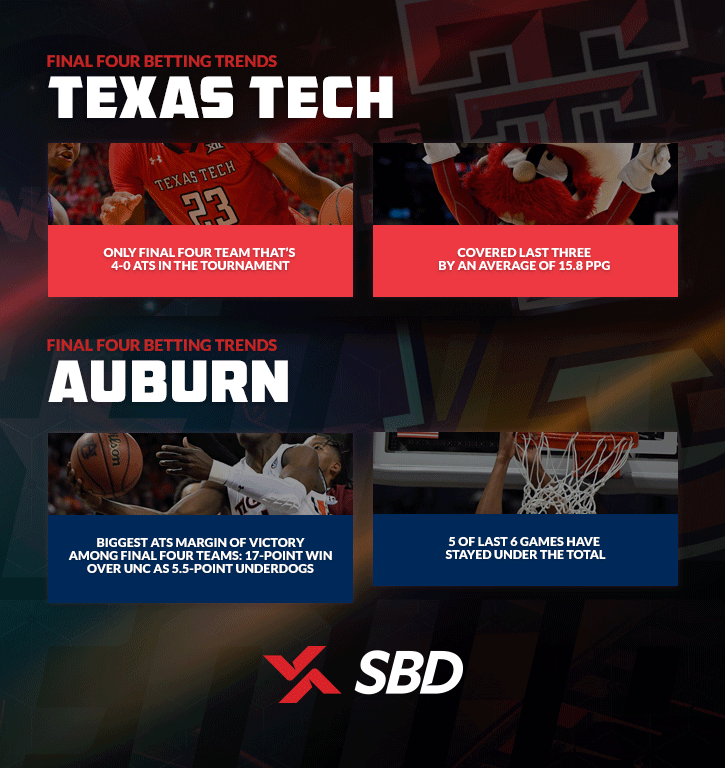 As great as MSU has been against the spread this year — their 27-11 ATS record is the best among tournament teams — Tom Izzo has been a terrible bet at this stage of March Madness in his five most-recent trips.

Even without knowing the exact spread for MSU vs Arizona in 2001, it’s safe to assume the Spartans did not cover in that 19-point loss. That makes Tom Izzo 1-4 ATS since 2001. He’s also 2-5 SU lifetime in the Final Four.

As mentioned, the Spartans are laying 2.5 points to Texas Tech in Saturday’s semi-final.