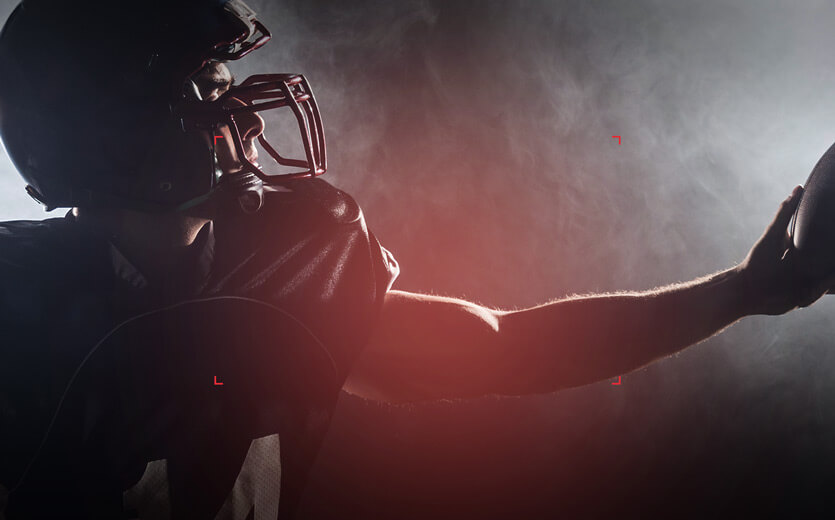 Before you make your final decision on betting either the Los Angeles Rams or Cincinnati Bengals for Super Bowl 56, make sure you’ve done your research!

A good starting point will be ensuring you know the 2022 Super Bowl odds. As you move your way down that list of research, eventually you’ll want to know these mind-blowing, historically-rooted Super Bowl trends.

This is one of the strongest, yet most obscure, Super Bowl trends you will find! The team wearing their white jerseys has won 14 of the last 17 Super Bowls now.

The only three teams to win a Super Bowl in the last 17 years without wearing their white jerseys were the:

The Buccaneers continued this trend last year when they beat the Chiefs.

As the home team this year – the NFL rotates home and away between the AFC and NFC each season – the Cincinnati Bengals got to choose which color jersey they wear. They announced on Wednesday morning (February 2) that they will wear their black jerseys, putting them on the wrong side of this trend.

*The New England Patriots and Philadelphia Eagles had identical 13-3 records when they met in Super Bowl 52; this is why there is a missing win/loss.

Apparently it’s true when you hear the announcers say, “it doesn’t matter how they got here”. The team with the worse regular season record is 13-2 in the last 16 Super Bowls.

The 2016 New England Patriots (Super Bowl 51) and 2008 Pittsburgh Steelers (Super Bowl 43) are the only two teams in the last 16 years who possessed a better regular-season record than their Super Bowl opponent and went on to win the game.

The LA Rams finished the 2021-22 NFL regular season with a 12-5 record (unfortunately?). The Bengals were just 10-7, giving them the edge when it comes to this trend.

Favorites absolutely dominated the early Super Bowls, as only three underdogs won in the first 14 years. Entering Super Bowl 56, favorites are 36-19 in the championship game.

You can see who the favorite was each year with our Super Bowl odds history.

The Rams are currently 4.5-point favorites against the Bengals in the 2022 Super Bowl.

This trend has recently reversed, though …

4) Underdogs Have the Edge in Recent Super Bowls

Underdogs have had a lot of success in the Super Bowl lately. Looking to the last ten, underdogs have won seven of them outright.

The New England Patriots and Kansas City Chiefs are the only teams who have won the Super Bowl as the favorite in the last ten years —New England did it in Super Bowl 51 and 53.

The Los Angeles Rams are favored to win the 2022 Super Bowl, making the Cincinnati Bengals the underdogs. Bettors are currently siding with the underdog Bengals, as the NFL public money breakdown shows the majority of the moneyline bets and betting handle are on Cincinnati.

So much for experience matters, right? The team with fewer Super Bowl-experienced players has gone on to win ten of the last 15 Super Bowls.

Thanks to the Rams having played in the Super Bowl in 2019, they do carry some Super Bowl-experienced players, including:

Though Cooper Kupp was on the team in 2018-19, he missed the second half of the season, as well as the Super Bowl due to injury.

The Bengals have just ONE player on their current roster who has played in a Super Bowl: Ricardo Allen. The defensive back played nearly every snap of the 2017 Super Bowl with the Falcons. However, he’s only playing special teams snaps for the Bengals since the playoffs started.

Cincinnati will be the team with fewer Super Bowl-experienced players, giving them the advantage with this trend.

Super Bowl 36 marked the first time the NFL’s championship game was played in February. It has only been played in January once since then.

The AFC hopes the game remains in February moving forward, as they are 12-7 in Super Bowls played in the month of February.

7) The AFC Has Been Dominant in Recent Super Bowls

The Cincinnati Bengals are the AFC champions, and will look to notch another win for their conference in the 2022 Super Bowl.

The Falcons, Panthers, 49ers (twice), Rams, and even those mighty Seahawks (Super Bowl 49) have fallen victim to AFC teams in this timeframe.

The last six Super Bowls to feature a male-led halftime show were:

As you see, underdogs won five of those six games, with the Patriots serving as the only favorite to win.

The only favorite to win on NBC since 1998 has been the Pittsburgh Steelers, who beat the Arizona Cardinals in Super Bowl 43.

10) Underdogs Have the Edge in Recent California Super Bowls

Yet another trend that favors the underdog. We have seen underdogs win four of the last five Super Bowls played in California. Those games include:

If you’re starting to lean towards the underdog in Super Bowl 56, you can still find the Bengals as long as +170 at Caesars Sportsbook.

Super Bowl underdogs have thrived lately when the game’s point spread is listed between four and five points. There have only been seven Super Bowls that meet this criteria, but here’s a look at the last four:

As you see, underdogs have won each of the last four Super Bowls where the spread is listed between four and five.

The Rams are currently listed as 4 or 4.5-point favorites depending on your sportsbook.

12) The NFC Prefers Super Bowls Be Broadcast by NBC

The NFC is sending the LA Rams to Super Bowl 56 to keep this trend going.

13) NFC Has Not Been a Good Super Bowl Favorite Lately

The NFC has not been favored in many Super Bowls lately, thanks to the Chiefs and Patriots dominance over the last handful of years. However, they are serving as the favorites again in Super Bowl 56, but have not come through when favored lately.

The last three times the NFC was favored to win the Super Bowl are as follows:

The NFC is 0-3 in their last three Super Bowls when listed as the favorite.

Some football fans will realize this trend had to stop before we got back to the 49ers’ dominance in the 80’s and early 90’s. But since then, NFC West teams have not fared well in the Super Bowl. They are just 1-7 in their last eight Super Bowls.

Thankfully for the Rams, they are not playing the Patriots or Steelers, who seem to the NFC West killers.

Before you go ahead and call me an idiot for getting this wrong, keep in mind the AFC North did not exist until 2002. Prior to that, each conference had an East, West, and Central division. The 2002 realignment removed the Central divisions and added in North and South divisions.

Now that we’ve gotten that out of the way, I’m safe to say AFC North teams are 3-1 in Super Bowl history. The Steelers have accounted for two of these wins—Super Bowls 40 and 43—as well as the only loss, which came against the Packers in Super Bowl 45. The Ravens added the third win in Super Bowl 47, when they took down the 49ers.

The Cincinnati Bengals belong to the AFC North and will look to keep this streak going.

Yeah, yeah. The title says 15 trends. But you know SportsBettingDime always goes the extra mile for you. So here’s the 16th crazy Super Bowl trend: underdogs have won each of the last five Super Bowls where the game total was set at less than 50.

The last five Super Bowls that meet this criteria are:

The over/under for Super Bowl 56 is currently listed at 48.5.

If you enjoyed these fun Super Bowl trends, check out our ATS and Over/Under trends for the Super Bowl. If you’re new to betting and find yourself wanting to back any of the trends above, see the following pages for help getting started: