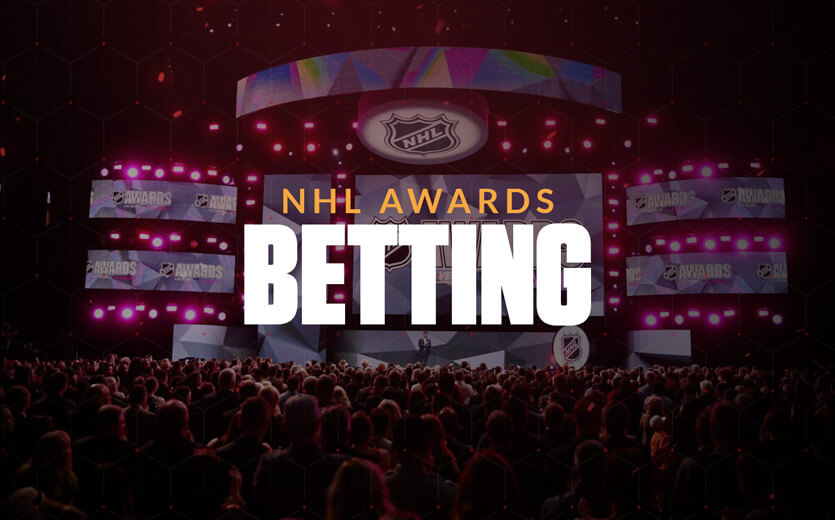 Looking to make big bucks with your hockey knowledge? NHL Awards betting is a great way to change things up from the standard moneyline or puck line betting most popular throughout the regular season. Parity is the name of the game in the NHL these days, and there is major value in being able to identify the winner of any given award as a result. Here’s a detailed break down of the different trophies along with the tips you need to gain an edge when you get your money in.

There are a wide range of trophies awarded to a select group of NHL players following the Stanley Cup playoffs each year. Winners are selected by a vote of the Professional Hockey Writer’s Association or in some cases, team general managers from across the league. The following table display the NHL Awards you’re most likely to see offered as futures bets in the lead up to the NHL Awards show:

Back in the day, this award belonged to Wayne Gretzky. The best of all time won the award 9 times, but things are much different in the modern NHL. There have been 10 different winners the last 10 years, which may lead you to believe it’s too volatile for NHL awards betting. On the flipside, they are reasons to be appreciative of the fact that the current Hart Trophy odds are much longer.

You need to try and identify two things to successfully pick a Hart Trophy winner. Start by looking for the highest scoring player on a playoff team. It’s important to pay attnetion to both quality of the player themselves and the team they play on. Connor McDavid is a recent example of an incredibly talented player who has ultimately missed out on the MVP award because the Edmonton Oilers have been unable to advance beyond the second round of the NHL Playoffs. Next, identify a player you think will score in bunches on a team that can contend for the Presidents’ Trophy. Do those two things and you’ll have a definite contender.  Thanks to the laundry list of capable players and long odds, you’ll enjoy a juicy payday if you can pick correctly.

The Vezina Trophy may be the toughest award on the board to pinpoint. There’s no shortage of talent at the goalie position, so it can be difficult to pick just one good option when wagering on the Vezina Trophy. Here’s one interesting stat to consider when looking at the Vezina Trophy odds – Sergei Bobrovsky is the only active goalie to win the award more than once.

Florida Panthers goalie Sergei Bobrovsky is the only active goalie to win the Vezina Trophy more than once.

Much like the Hart Trophy, you need to identify an elite player on an elite team to successfully pick the winner of this award. Total wins isn’t necessarily the most important stat, but it would be tough to call a goalie the best if he loses all the time. A team with a strong defense should help keep the scoring chances to a minimum, elevating the chances of winning the award. Your goalie doesn’t necessarily need to start the most games, but he will need elite numbers in save percentage and goals against average. The minute you identify a goalie you think will be strong in those categories, I recommend getting your money in.

This one is all about opportunity. Trying to identify which freshman will carve out the biggest role for his new team is the key to picking the award winner. Digging into the results of this year’s draft picks while checking them against ice time logs early in the season is the best way to find players offering value. The top picks will always take the most action, so if you can find a player who is getting a lot of run from the coach early in the year, you could have a contender.

One very important note to consider when making your pick: the voters selecting the Calder Trophy winner like to see points. Forwards are the best bet to tally lots of goals and assists, so we highly recommend paying attention to position when handicapping this award. 8 of the last 9 winners have been forwards so picking a defenseman or goalie could add unnecessary risk to this NHL Awards bet.

No award is more misleading than the Norris Trophy. The description may say best defenseman, but that is an oversimplification. In fact, the best defensive player never wins this award. More accurately, the award is handed out to the best offensive defenseman. Keeping this distinction in mind will help you find value when scouring through the Norris Trophy odds.

Over the last ten seasons, the winner of the award has had 50 or more points every single season and more than 60 points 8 different times.

Identify the player you think will tally the most points from the blue line and bet confidently. If you’re looking for a slight edge, it’s worth noting that 6 of the last 8 winners have been under the age of 30, with three of those players being under the age of 25. An elite youngster could provide big value in this NHL Awards betting category.

Like the Norris Trophy, following the official description of this award can be a little misleading for bettors. You might expect the Jack Adams Award to be the easiest to handicap. After all, isn’t the best coach the one who produces the best overall record? Not quite.

In reality, the award is usually given to the coach that best helps his team overachieve in a given year. This distinction could give you a significant advantage when placing your NHL Awards bets. Check the NHL playoff odds early in the year and take a strong look at the teams listed as underdogs to do so. Place a wager on the coach of whichever team you think is most likely to prove the odds makers wrong. This strategy requires a leap of faith, but the pay day in this category can be higher than any other if you get it right.

There’s a running joke in the league that this is the award no player wants to win. Whether they want the award or not, the money you win is still green if you can pick the winner correctly. Here’s the low down for Lady Byng Award: pick a player with high point totals and low penalty minute numbers. You need a player who is successful on the offensive end but stays out of the dirty areas and more specifically the sin bin. Find a player who fills all the categories of the box score except the PIM category, and you’ll find yourself a good bet to win the Lady Byng award.

Like any  other futures bets, placing your wager early is the best way to optimize your return. Once you watch some games and get a gauge on which players and teams you think are destined for success, bet with purpose. Remember that you’ll end up with a sizable profit at years end if you can hit on even one award. With the parity in the league today, the odds are high enough you don’t need to run the table to finish the season a big winner.

Canadians can now wager on NHL online using any of these Ontario sports betting apps. If you’re looking for more tips and tricks for successful NHL betting, be sure to check out the rest of the hockey content in our comprehensive how-to bet on sports section. Enjoy the action NHL awards betting this season.