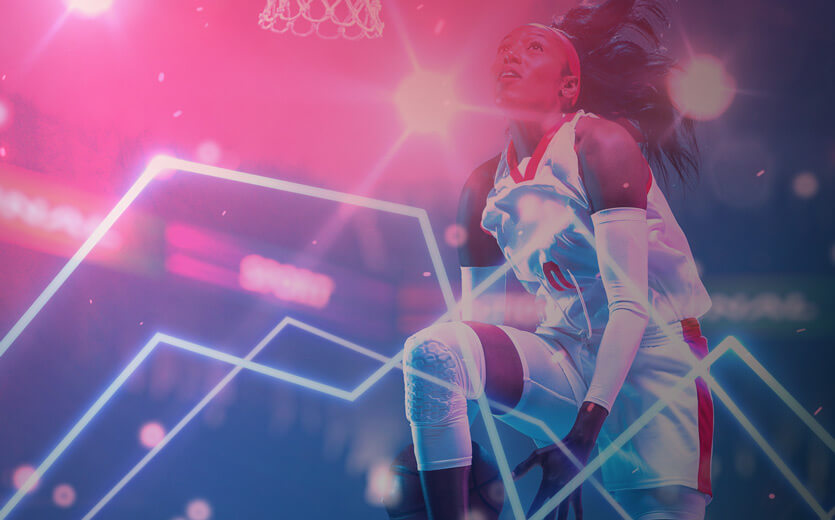 The WNBA is one of the best leagues to study closely in hopes of finding strong betting value.

As a league that has been operational since 1997, you have a distinct set of data from nearly 25 seasons of competition. Researching player and team performance from past years and looking for patterns is one of the best ways to beat the sportsbooks, and the WNBA has great stats to work with.

We’ve gone ahead and done some of the work for you with this list of five must-know WNBA betting trends. To help narrow things down, the focus is mainly on WNBA championship teams and players, so these trends are great for futures betting! For a more basic strategy, check out our How to Bet on WNBA games guide.

Now, these trends aren’t guarantees of any kind. They might be useful if you’re on the fence about making a particular wager and you’re looking for more information. If nothing else, these patterns will capture your attention, and they might be things to look for if you’re also wagering on other sports.

For now, here are five WNBA betting trends you should know!

1) The Championship Runner-Up Rarely Wins the Next Year

In 24 years of competition, only four WNBA teams who finished as a championship runner-up have gone on to win it all the next year:

In total, only 16% of teams finishing as the runner up have gone on to win the WNBA championship the next year! 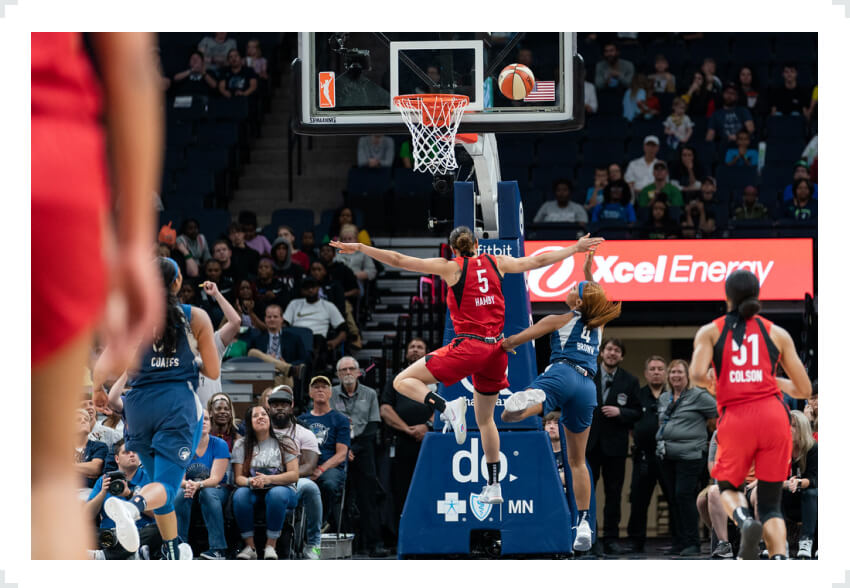 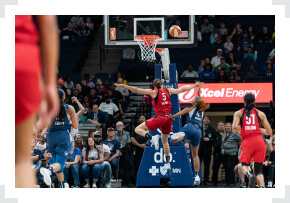 By this logic, the 2020 second-place finishers (Las Vegas Aces) might not be the best championship futures bet in 2021.

Of course, research is key, and if you have better evidence to support a championship bet on the Las Vegas Aces, then you should go for it! They do still employ the reigning WNBA MVP, A’ja Wilson, after all.

2) Only One New Championship Team in the Past Eight Seasons

“Super teams” are a point of contention in the basketball world, and when it comes to the WNBA, a couple of franchises have entered that conversation.

Only one team has won their first WNBA title in franchise history over the past eight years: the Washington Mystics in 2019.

This trend indicates that dominant teams have been taking hold over the past decade, with franchises like the Seattle Storm and Minnesota Lynx establishing themselves as perennial title contenders. 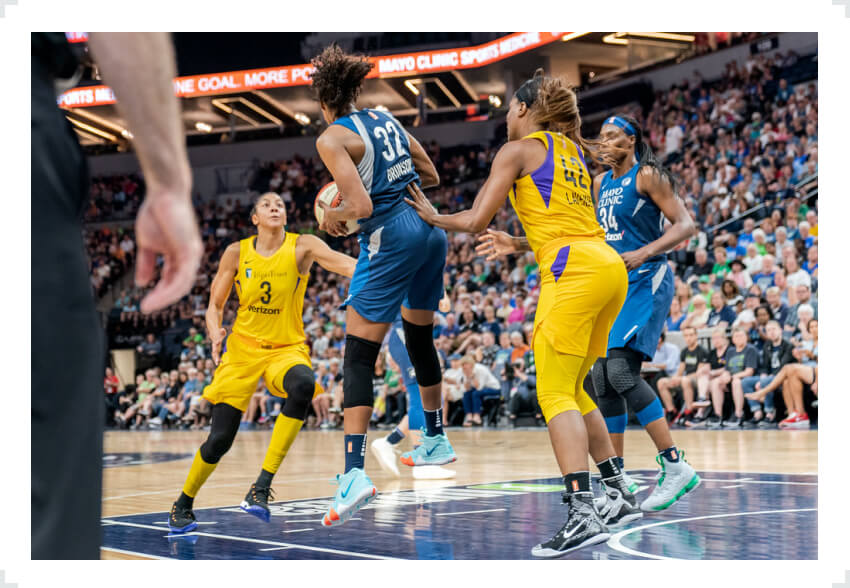 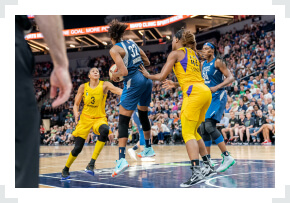 Here are the teams vying for their first WNBA championship in 2021:

The Connecticut Sun are sitting at the top of the league at the time of writing, with a 25-6 record.

They’re looking like a pretty good bet to win their first WNBA title in franchise history this year, and as the next trend will tell you, their chances get even better if they finish at the top of the standings this year. And the timing couldn’t be better for sports bettors in the state with the legalization of Connecticut sports betting sites coming in the very near future.

If you’re looking for a quick and easy trend that is backed up by some solid data, then this is the one for you.

Seven of the past ten WNBA champions finished the regular season at the top of the league:

*Indicates a tie for first place

A 70% winning rate is hard to ignore, and it’ll be interesting to see who comes out on top in the 2021 standings.

Aside from the 2020 season which was shortened due to COVID-19, no team in the past ten years has won a WNBA championship with less than 22 wins in the regular season.

Make sure you come back at the end of the WNBA regular season to see our prediction for who wins the championship in 2021. This trend will play a big part in our decision-making process.

4) Ten of the Last 12 Champs Are Western Conference Teams

A team’s performance in the regular season can be easily scrutinized based on the level of competition they face.

If you’re on a successful team in a conference with weaker competition, you might be in for a rude awakening when you go to face a team that has been cutting their teeth against serious competitors for an entire season.

Of the past 12 WNBA seasons, the Western Conference has been dominant, winning ten of the available championships. 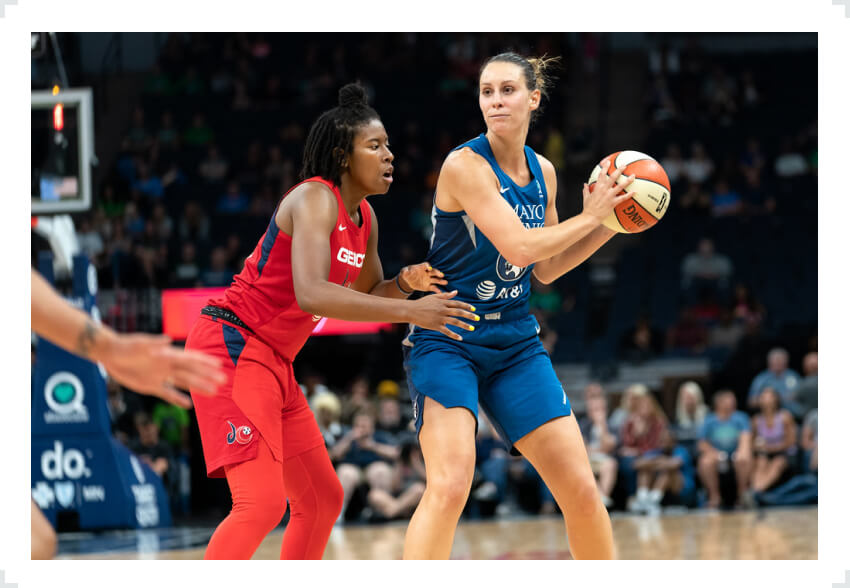 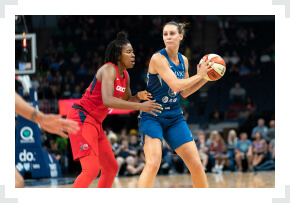 The only two Eastern Conference teams to win a WNBA championship in the past 12 years are the Washington Mystics (2019) and the Indiana Fever (2012).

So, based on trends three and four, a Western Conference team that emerges with the best regular season record could be a great team to wager on. According to trend two, things might get complicated if that team has never won a WNBA championship, and the Connecticut Sun might be headed for this exact scenario!

Remember, check back here as the 2021 WNBA season rolls along for more updates and an eventual championship prediction.

Basketball is widely considered to be a sport dominated by superstars. Just one great player can control the court with the ball in their hands, and ultimately alter the course for an entire franchise.

However, in the past ten WNBA seasons, the team with the regular season MVP has gone on to win the championship just four times:

Otherwise, the team with the reigning regular season MVP has lost 60% of the last ten championships. Sure, basketball might be a sport dominated by individuals, but the WNBA is proving that it isn’t everything. Check out our full guide on WNBA MVP betting for a full breakdown of wagering on odds, futures, and more.

Get Locked in with More Betting Trends

Looking for more ways to get closer to the action in your favorite sports? We’re here to give you everything you need to bet with confidence.

Our other trends guides include 5 Betting Trends for NHL and UFC Betting Trends, for example, will give you similar insights into how you can use these patterns to inform your wagering strategy.

Otherwise, we have a ton of guides in our “How to Bet on Sports” section that can get you up to speed in the world of wagering. Legal sports betting is sweeping across the nation, and you won’t want to miss a second of the action!