The 68-team field has been finalized by the NCAA Tournament Selection Committee and the March Madness bracket has been cemented.

Below, find a printable version of the 2022 March Madness bracket, followed by tips on how to fill out your bracket and how bracket contests tend to be scored. 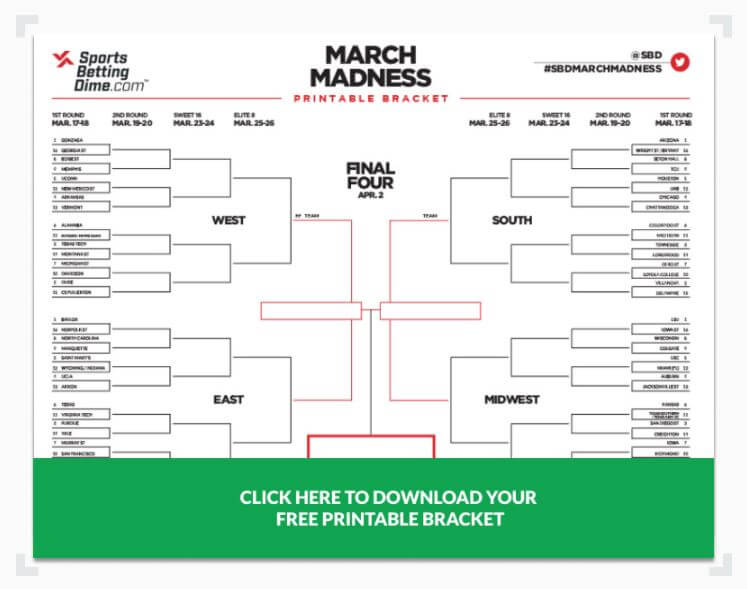 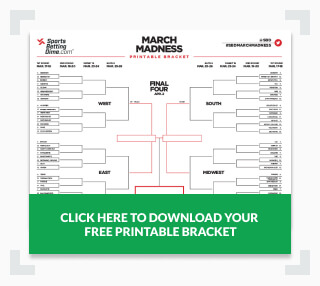 Click on the image above to open a PDF of the printable bracket. Remember the first round starts on Thursday, March 17, at noon ET. The First Four games are on Tuesday and Wednesday, but bracket contests do not require picks for those games, so you have until Thursday to submit your picks on SBD’s printable March Madness bracket.

How to Fill Out a March Madness Bracket

There is nothing complex about filling out your bracket.

In the first round, there are 64 teams playing in 32 games. The two teams listed at the top-left of the bracket, for instance, play each other. Once you have decided which team you want to advance to the next round, write that team’s name on the horizontal line to the right. Repeat this process until you have picked a winner for all 32 first-round games. (When you get to the right side of the bracket, you will obviously be writing the winner’s name on the horizontal line to the left.)

When you have the second round set, repeat the process, picking a winner for all 16 games. Repeat for the Sweet 16, Elite Eight, and Final Four. Finally, pick your champion and be sure to fill out the tiebreaker score.

How to Score Your Bracket

Arguably the most-common is to award one point for each correct pick in the first round and then double the points for each succeeding round. That ends up as follows:

You (traditionally) do not have to correctly predict both participants in a game in order to get points for that game.

There are a ton of helpful articles on SBD.

First, see the 11 March Madness Betting First-Round Trends You Need to Know when you are penciling in the teams that will advance to the second round. Once you’re filling out your picks for the second weekend, check out March Madness Sweet 16 & Elite 8 Betting Trends.

Before you make your picks for the Final Four, be sure you read Final Four Trends for Your March Madness Bets.

And last but not least, don’t pick a champion until you know the Seven Attributes of March Madness Winners, because getting the champion correct is always the most-important part of any bracket contest.