The Biggest Trades in Sports History 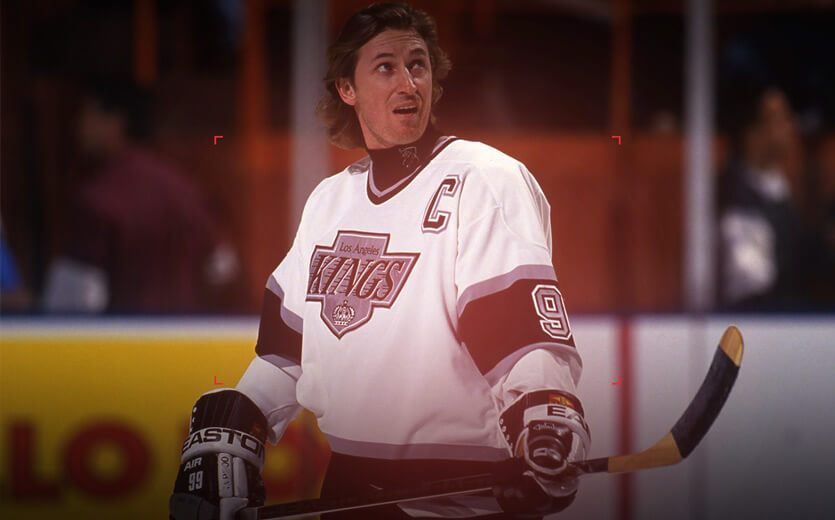 The biggest trades in sports history have changed the fortunes of countless teams and bettors over the years, for better and for worse.

Whether attitudes got in the way or salary concerns became insurmountable, these ten trades shook up the sporting landscape for years to come.

Here are the biggest trades in recent sporting history. 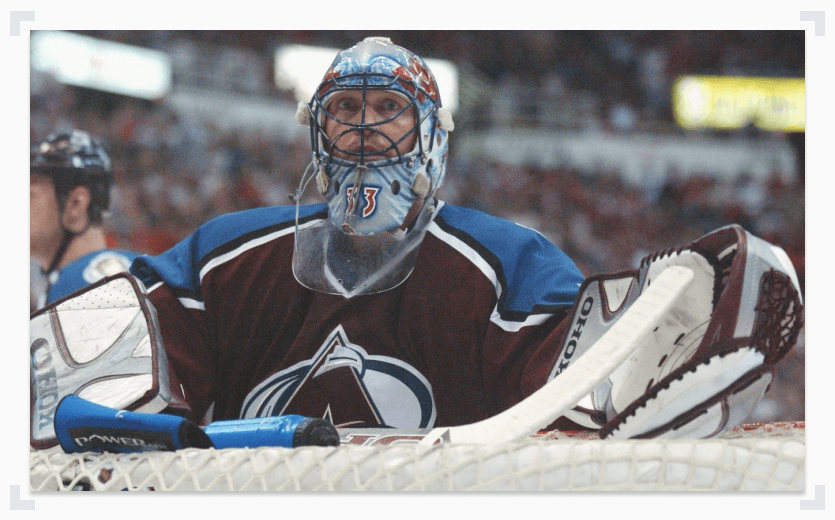 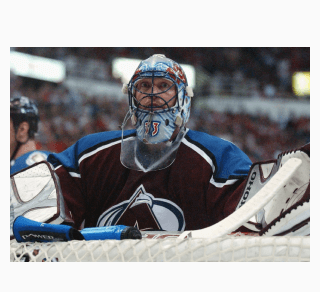 Patrick Roy is widely regarded as one of the best NHL goaltenders of all time, with three Vezina Trophies, three Conn Smythe trophies, five Jennings trophies, and four Stanley Cups to prove it.

But that didn’t stop Montreal Canadiens coach Mario Tremblay from humiliating Roy on December 2, 1995. As Roy’s former roommate and longtime foe, Tremblay opted to leave the superstar goalie in net for the entirety of a devastating 11-1 loss against the Detroit Red Wings.

The move was widely viewed as malicious considering NHL goaltenders are usually pulled quickly from lopsided games or rough starts. After the game, Roy definitively stated it was his “last game in Montreal.”

He was quickly traded to the Colorado Avalanche in a shockingly one-sided deal, who went on to win their first Stanley Cup months later. 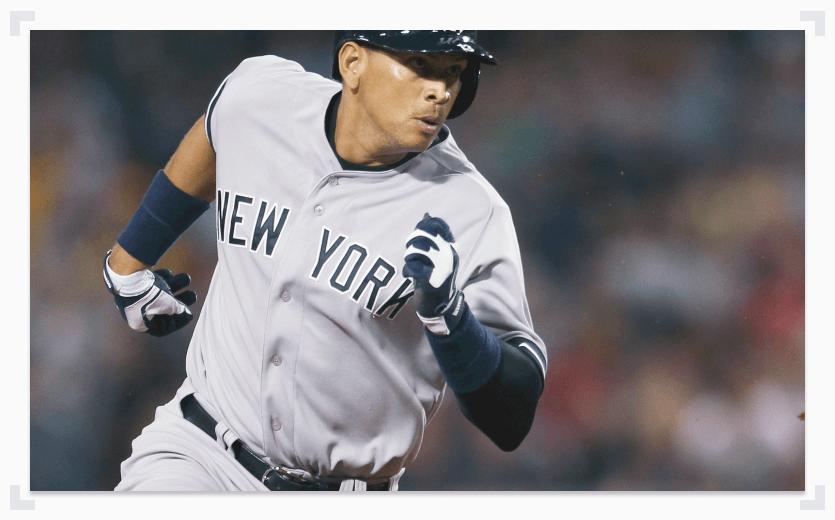 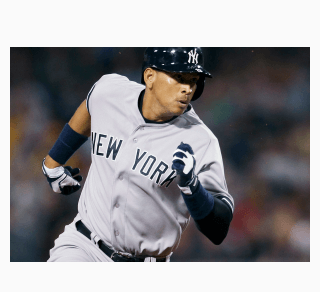 A-Rod is a polarizing personality with outsized celebrity even for a professional athlete. But regardless of what you think of his vibe, he was an absolute stud during the 2003 season.

When the Texas Rangers decided they could no longer stomach his salary requirements, A-Rod was fresh off winning his second Gold Glove and becoming the youngest player to hit 300 home runs. Oh yeah – he was also the reigning AL MVP.

After a marquee deal with the Boston Red Sox – to include Manny Ramirez and future star Jon Lester – was vetoed by the Player’s Association, A-Rod agreed to switch positions and play third base with the Yankees. 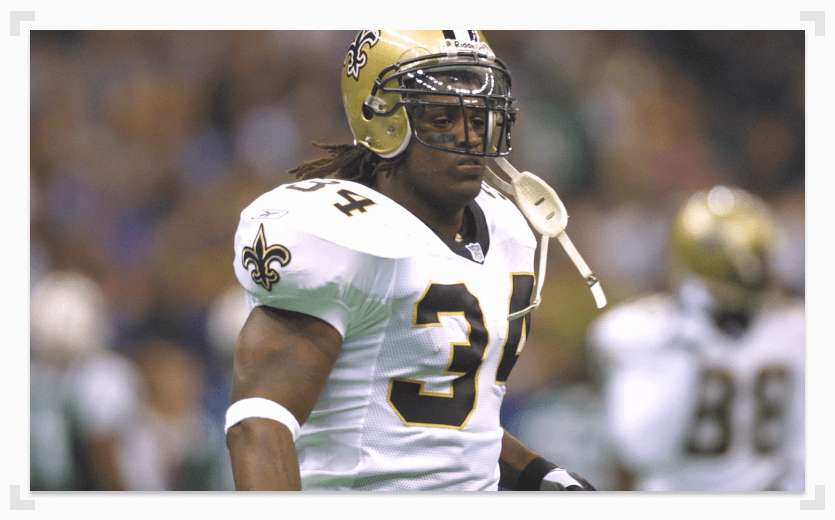 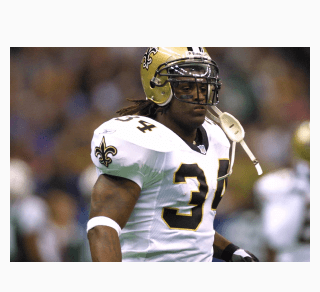 The Ricky Williams trade is a classic love story gone wrong. It’s one we’ve all seen before – overzealous suitor gives up everything in pursuit of a potential flame that just can’t return the favor.

Prior to the 1999 NFL Draft, New Orleans Saints coach Mike Ditka become enamored with star University of Texas running back Ricky Williams. Ditka became convinced that landing Williams was the key to the Saints’ future success, and he was willing to do whatever it took to select him in the upcoming draft.

The Washington Redskins decided to play matchmaker with a first-round, fifth-overall pick that delivered Williams to New Orleans. But the deal cost the Saints every remaining pick they had in the draft.

Williams ended up with a lackluster first season in which the Saints went 3-13. Ditka was fired, leaving his predecessors in the unfortunate position of having to spend $15 million and sign 27 free agents to make up for the lost draft picks. 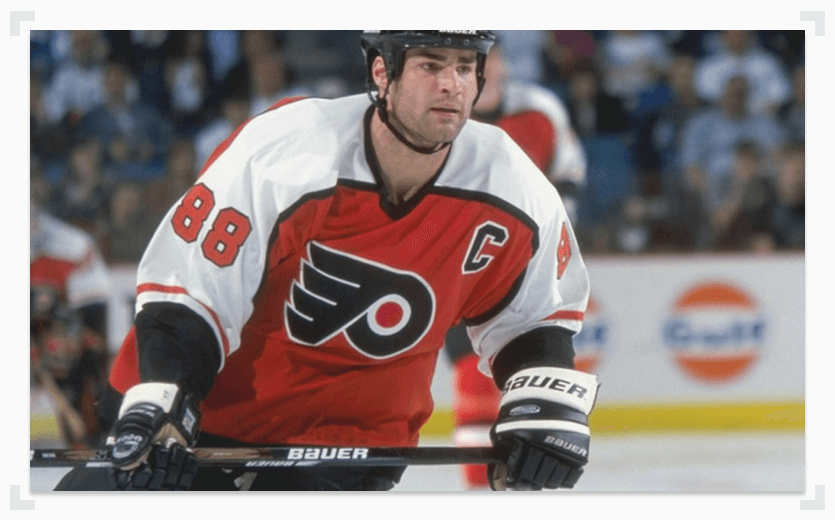 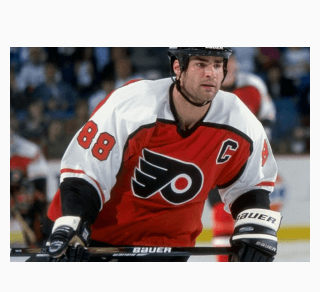 In what can only be described as beyond a blockbuster deal, the Eric Lindros trade saw a single player who had not played one minute in the NHL traded for five players, multiple first-round draft picks, and $15 million (more than $28 million today) in cash incentives.

The story starts with Eric Lindros, who outright refused to play for the Quebec Nordiques after they drafted him as the first overall selection in the 1991 NHL Entry Draft. Desperate to get their hands on the promising prospect, the Philadelphia Flyers offered the Nordiques the incredible terms above for the biggest trade in NHL history.

They made the playoffs during the 1992-1993 season for the first time in five years and went on to win two Stanley Cups in the next decade after moving to Denver as the Colorado Avalanche.

Eric Lindros sat out the 2000-2001 NHL season due to a personal dispute with Flyers. The Avs won the Stanley Cup that year thanks to the efforts of Peter Forsberg and Alex Tanguay, draft picks obtained as a result of the Lindros trade nearly a decade earlier. 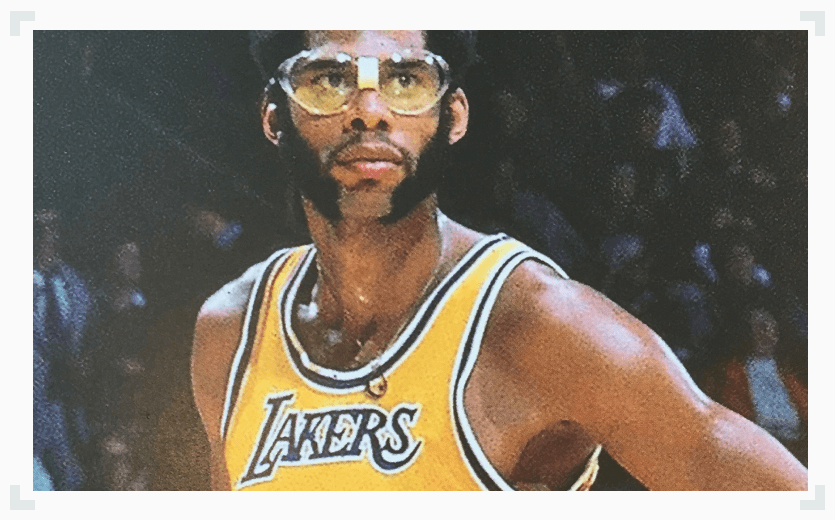 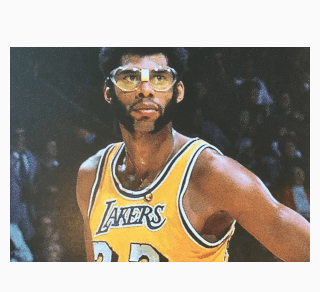 At 7’2”, Kareem was literally and figuratively an outsized figure by the time the Milwaukee Bucks traded him to the Lakers in 1975. Well-known as a gentleman, Kareem nonetheless found a way to express his frustrations in Milwaukee by the end of the 1974-1975 NBA season.

While he never took issue with team management or coaching staff, Kareem simply found his lifestyle incompatible with anything less than a major coastal metropolis. He insisted on a trade to Los Angeles or New York City, and the Lakers ultimately granted his wish in one of the biggest NBA trades in history.

The trade ushered in the “Showtime Era” of Lakers basketball, with Kareem at the helm collecting almost every NBA record in the book as the team secured five NBA Championships. 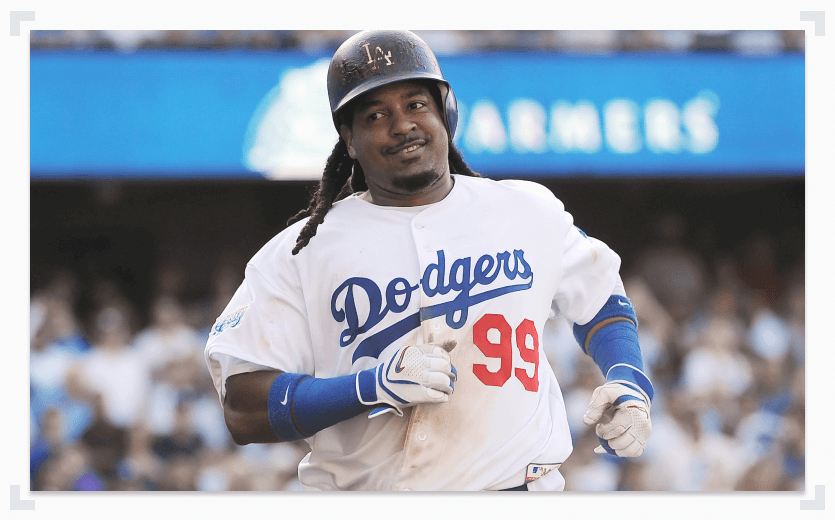 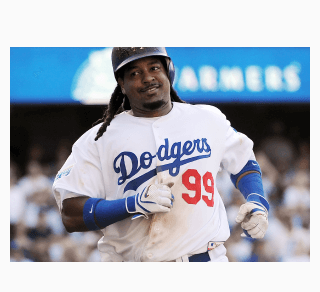 Manny Ramirez was a crucial part of the Boston Red Sox storybook World Series wins in 2004 and 2007, but things changed quickly once the second ring was on his finger.

The start of the 2008 MLB season brought Manny’s 2,000th game and 500th home run, but a series of unfortunate events led to Boston giving up their slugging superstar by mid-season.

In two separate incidents, Ramirez took a swing at Red Sox first baseman Kevin Youkilis and later pushed a 64-year-old staff member to the ground after being denied a last minute request for 16 tickets to an away game.

His public comments suggesting “The Red Sox don’t deserve a player like me” did not earn him redemption with the team.

After fans and management suspected Manny was largely faking a knee injury to express his displeasure with the situation, he was traded to the Dodgers in a three-way deal. Ramirez went on to bat nearly .400 for the remainder of the season, hitting a staggering .520 AVG during the Dodgers playoff run that year. 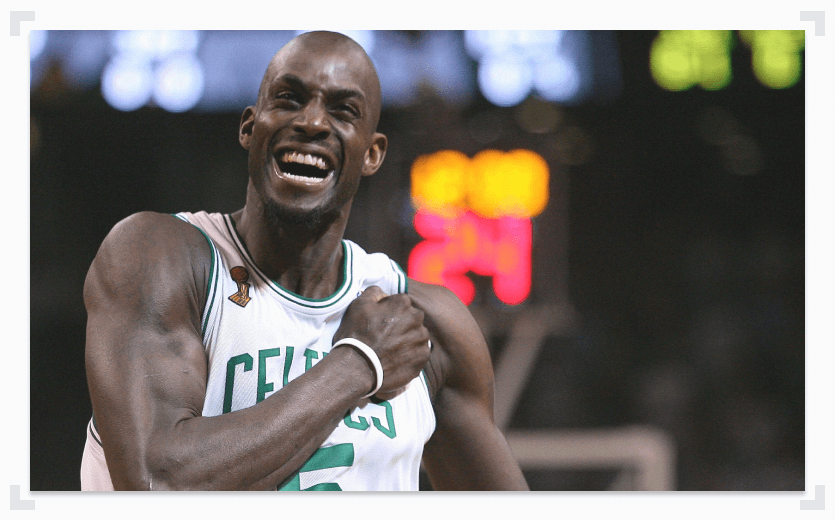 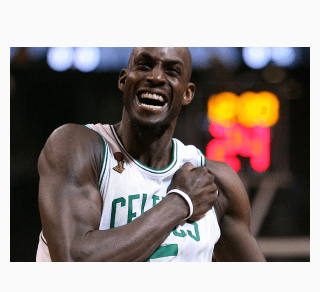 Kevin Garnett started and ended his NBA career with the Minnesota Timberwolves, but his only NBA Championship came the year he was traded to the Boston Celtics, ultimately leading them to the prize in 2008.

Garnett held the distinction of holding the longest tenure with any single NBA team at the time of the trade, having already played 12 seasons in Minnesota.

The deal for Garnett remains the most lopsided trade in NBA history, a 7-for-1 package that saw the Wolves pick up five players, cash considerations, and two first-round draft picks. Of course, they also got Garnett back nearly a decade later. 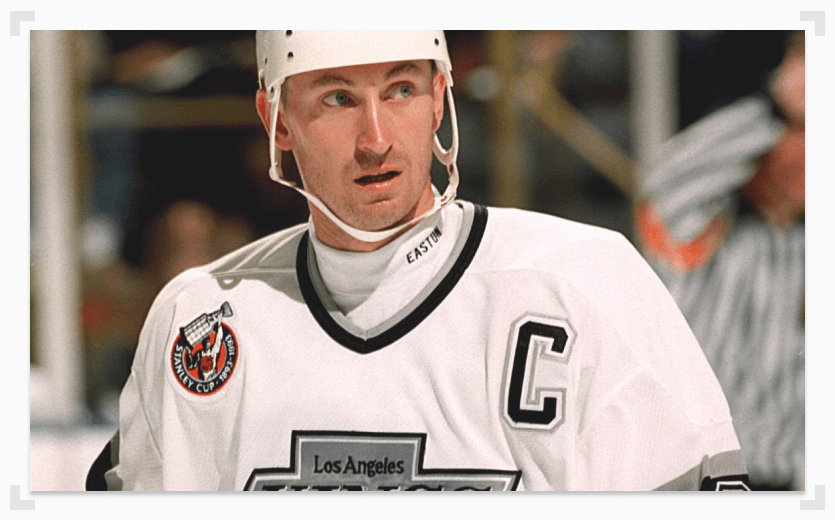 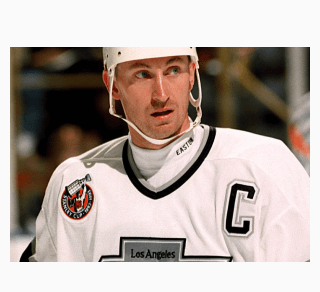 For casual fans, the name Wayne Gretzky is synonymous with hockey. Still widely considered the ‘greatest of all time’, the Canadian’s 1988 move to Los Angeles is credited with the sport’s popularity in the United States.

Gretzky had already spent a decade in Edmonton, transforming the way hockey was played across the league with a team-oriented, head-first strategy that remains dominant to this day. Just two hours after the Oilers won the 1988 Stanley Cup, Gretzky learned he would be traded for cash needed to cover the owner’s flailing other businesses.

The deal was a monster, with Kings giving up $15 million (more than $33 million today), two players, and three first-round draft picks. The move remains known simply as “The Trade” and it earned the ire of Canadians nationwide, who considered Gretzky a traitor despite the fact he never desired to leave Edmonton.

The Kings enjoyed a massive increase in fan interest as a result of The Trade, which set off an explosion of interest in hockey that allowed the league to expand across the American Sun Belt. 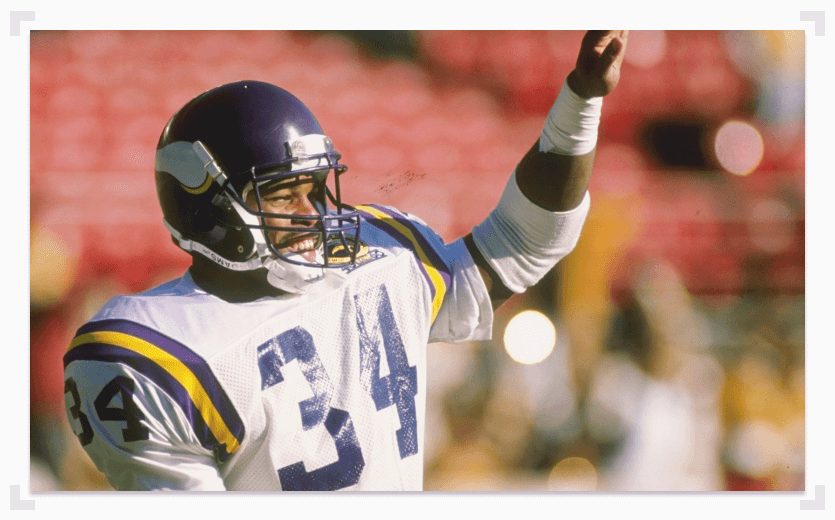 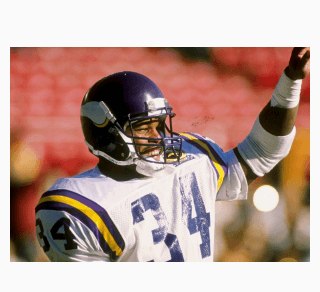 Involving 18 players and draft picks, the so-called ‘Herschel Walker Trade’ is the largest player trade in NFL history. In addition to being the biggest trade in history, the move lives on in infamy for its surprising results.

When the trade occurred on October 12, 1989, the Dallas cowboys were struggling, to say the least. Head Coach Jimmy Johnson decided to take a gamble with the only real bargaining chip the club had – star running back Herschel Walker.

At the time, it seemed crazy to see the arguably worst team in the league trade away their best player. Minnesota seemed to be the clear benefactor immediately afterwards, but history would write another story as the Vikings were eliminated in the Divisional Playoffs that year and would not make a Super Bowl appearance with Walker in the lineup.

Meanwhile, the Cowboys used the draft picks acquired in the Herschel Walker trade to sign future stars Emmitt Smith, Darren Woodson, and Russell Maryland. All three were instrumental parts of the unstoppable machine that led the Cowboys to three Super Bowl victories in the 1990s.

1. Antonio Brown to Oakland to New England to Early Retirement 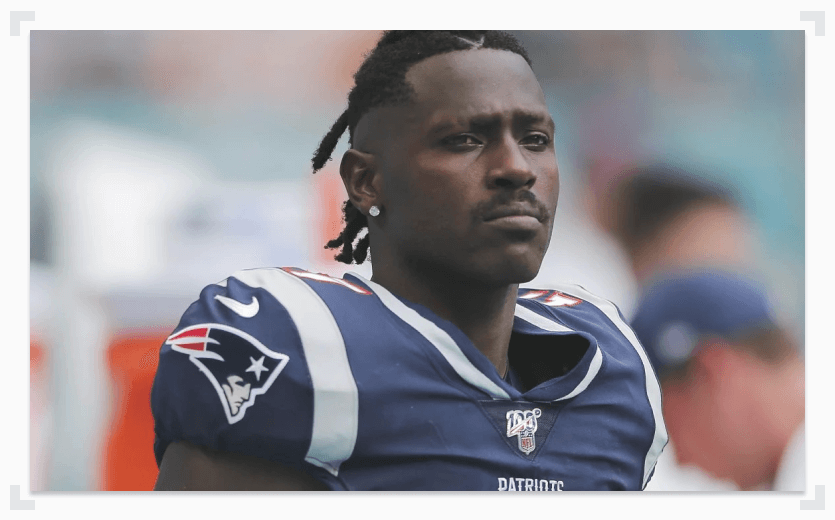 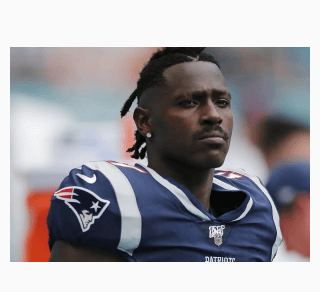 Some will argue this trade doesn’t deserve further attention, but the drama surrounding it makes it one of the biggest trades in sports history.

Prior to the 2019-2020 NFL season, Antonio Brown made it very clear that he no longer wanted to play with the Pittsburgh Steelers. Considered by some to be the best wide receiver in the NFL, his actions in 2019 would unleash a series of consequences that will almost certainly keep AB out of professional football forever.

After taking things a little too far on social media, bailing on nearly a week of practice, and starting an intense feud with QB Ben Roethlisberger, Brown had burned bridges in Pittsburgh that could no longer be repaired.

Despite his shockingly brazen attitude and public statements, some teams remained interested in picking up AB, and he was traded to the Oakland Raiders for just a third and fourth round draft pick. The Steelers still owed Brown $39 million. Ouch. Oakland signed the dotted line for more than $80 million in guaranteed money, but Brown caused issues immediately once arriving on the west coast.

Controversies over AB’s refusal to wear a helmet in compliance with league standards and a foolish case of frostbite put him on thin ice from the get-go.

Then he threatened to hit Raiders GM Mike Mayock in the face. Following more dubious social media antics, Brown was released and will never see a single penny of his $80 million contract.

AB signed with the Patriots immediately after the Raiders let him go. He played just a single game before the Patriots also released the former star following credible rape allegations levied against him.

We’ve complied some of the most interesting sports betting stories for your enjoyment. You might even pick up a betting tip or two as you explore them.

If you’re looking for more stories of poor team management, check out the biggest NFL draft busts in history.