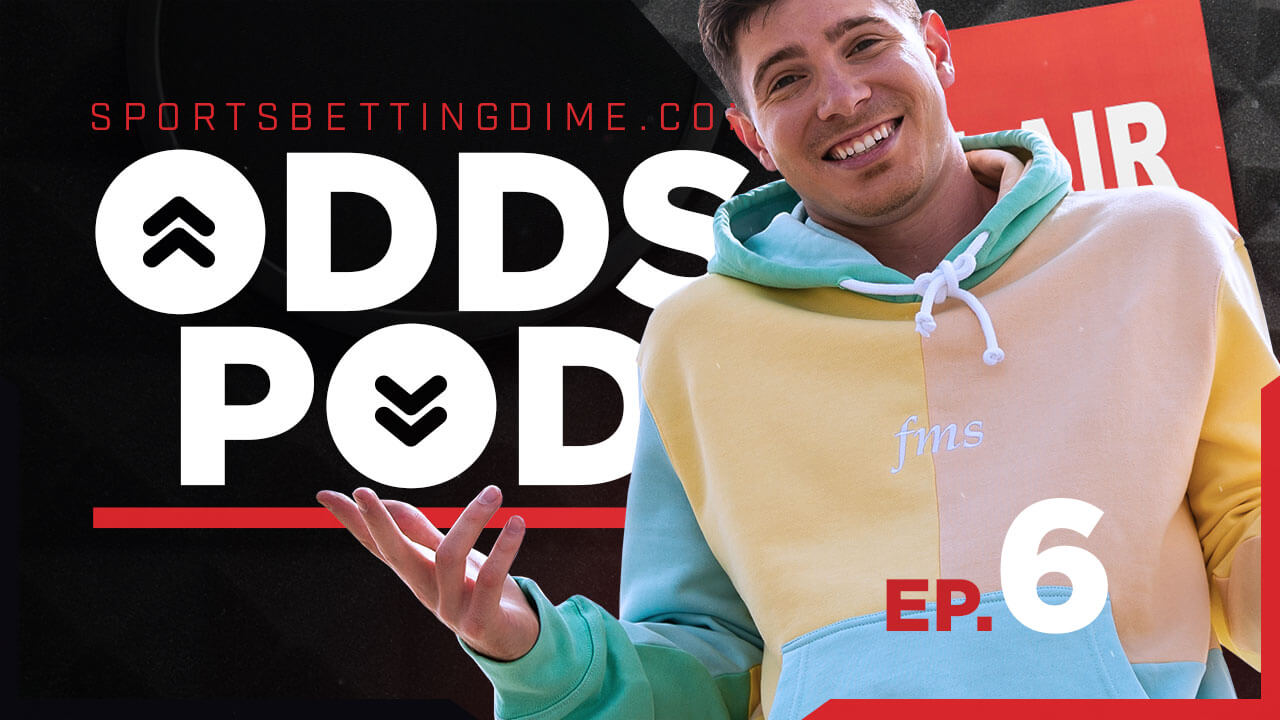 Frank Michael Smith and Matt McEwan kickoff Episode 6 of the SBD Odds Pod, brought to you by SportsBettingDime.com, by recapping the NFL Conference Championships, then get into some early talk about Super Bowl 55 between the Kansas City Chiefs and Tampa Bay Buccaneers.

Holding off until next week to offer their picks on the game, the two focus on the significance of the spread being listed at a key number (3) right now, a couple fun props (Gatorade bath, National Anthem length), and quickly mention early touchdown props.

In their recap, Matt focuses on the comedy of errors committed in the NFC Championship by both the Buccaneers and Packers. He points out that it seemed everyone was doing their best to ensure the finger would be pointed at them at the conclusion of the game. It started with Kevin King getting roasted in the first half, mixed in with the no-calls on some obvious grabbing and holding from the Tampa Bay secondary. Then Aaron Jones starts the second half by putting the ball on the ground for the second time, this one being recovered by the Bucs defense.

After that, it became the Tom Brady meltdown the rest of the second half, as Brady threw three interceptions in the final 30 minutes of the game. Then with the game on the line, Aaron Rodgers tries to force a ball into double coverage on third-and-goal from the eight-yard-line instead of taking off with nothing but green grass in front of him. Packers head coach Matt LaFleur then decided he wanted to be the center of attention when he opted to kick a field goal on fourth-and-goal when down by eight, with just over two minutes left in the game.

The ensuing kickoff return could have gone down as the bonehead play of the year if Tampa Bay went on to lose, as Jaydon Mickens gave himself up almost immediately, allowing the Packers to gain another timeout with the two-minute warning still in play. Finally, we had the referees make their case again, calling King for defensive pass interference, which no one disagrees that it was, when they had let Tampa Bay’s secondary away with the same stuff all game long.

Frank then brings up the situation surrounding Green Bay’s star quarterback, and the likely NFL MVP from 2020, Aaron Rodgers. The two discuss how hard it is to see the Packers allowing Rodgers to leave the team and finish his career elsewhere, then offer a couple nice fits should Rodgers force his way out.

The AFC Championship recap was quick, with both agreeing that the Chiefs showed up and played the way we had been expecting them to all season.

When they get to discussing the opening line for Super Bowl 55, Matt notes the significance of the number three in football. He notes that from 2003-2020, 15% of games played have ended with a three-point margin of victory. His advice is for all Tampa Bay bettors to pounce on 3.5 if they can still find it, while noting that it’s not worth the price to buy the half-point to get down to 2.5 if you’re a Chiefs bettor.

Frank and Matt then rhyme off all the Super Bowls that have been played with three and 3.5-point spreads.

Frank then reminisces about some fake news leaks last year that resulted in him and some friends rushing to bet on the color of Gatorade that would be dumped on the winning coach. This sparks a bigger conversation on information leaks and why sportsbooks don’t get crushed by the people who do have real insider info.

Matt drops some trends on both the Gatorade color and National Anthem props before offering up one anytime touchdown scorer he’s betting now, and one player he’s waiting on, hoping the line comes down a little.

Listen to Episode 6 of the Odds Pod above for all the trends, data, and notes shared.