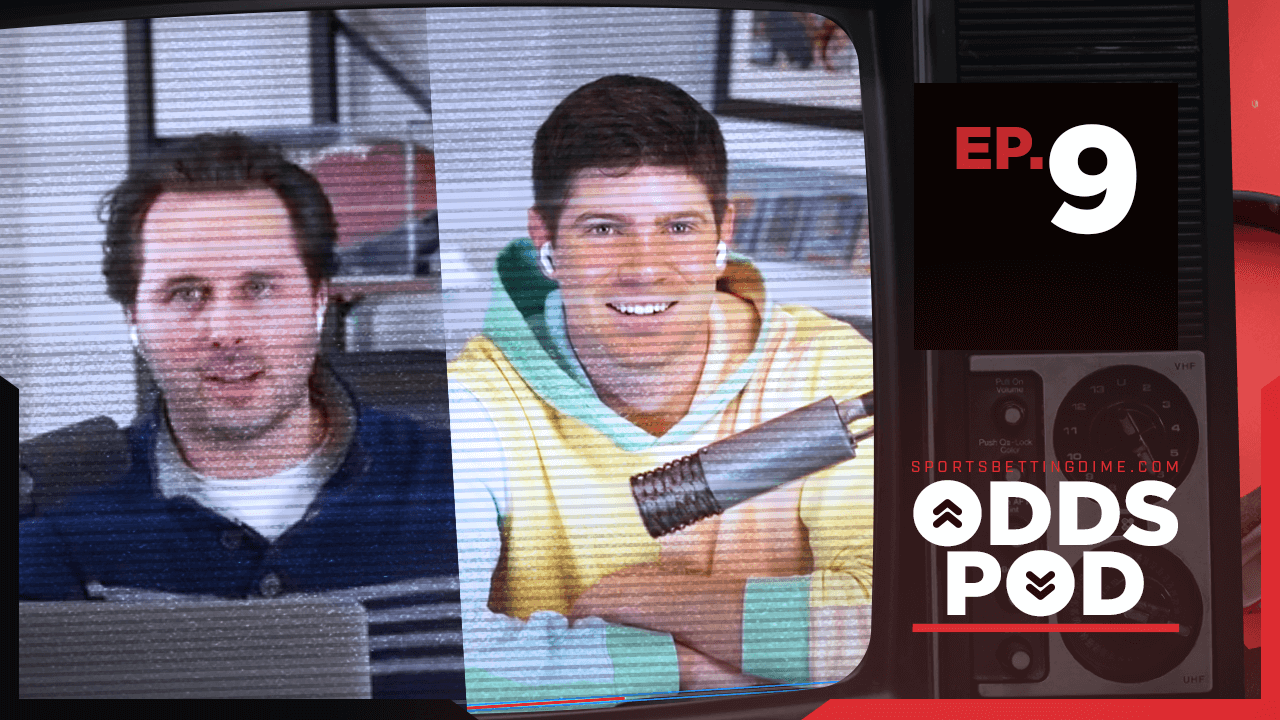 With the NFL season in the rearview mirror, Frank Michael Smith and Matt McEwan turn their attention to the NBA in Episode 9 of the SBD Odds Pod, brought to you by SportsBettingDime.com. Frank and Matt focus on the NBA MVP odds after LeBron James has taken a commanding lead over the field.

Before diving into the odds, however, Matt takes some time to answer a few common questions around futures betting. First, he defines what value is and details that value does not mean you are betting an underdog. You can find value in a favorite, as well. He then details why odds move and brings Frank in to discuss the pros and cons of betting futures.

Before breaking down the top contenders, both co-hosts bring up the fact that the NBA MVP award is much like the NFL MVP award, where it generally goes to the best player on the best team in the regular season. Matt notes that nine of the last 12 NBA MVPs have come from the team with the most wins in the regular season. Frank also adds that Giannis is up against a tough trend in trying to become the first player to win three straight MVP awards since Larry Bird in 1984-1986.

Using this knowledge, Frank crosses out Steph Curry, Luka Doncic, and Nikola Jokic, as he does not believe their respective teams have what it takes to lead the league in wins, or even come close to it. Frank also crosses off LeBron James at his current price of +175, which he feels is too short right now. This leaves Frank to pick Joel Embiid as the best NBA MVP bet right now, noting that he has been dominant and the Sixers have a legitimate chance to win the Eastern Conference.

Matt agrees with most of Frank’s assessment of the top contenders, stating that Doncic or Jokic would likely have to average a triple-double to win the award this year. That’s how Russell Westbrook won the award in 2016-17, since his OKC Thunder didn’t even crack the 50-win plateau that season. At their current odds, Matt sees no value in betting either of them to do so.

However, Matt disagrees with Frank’s Embiid pick. With his history of injuries, Matt has a hard time buying him at this short of a price. He also notes that he foresees Brooklyn and Boston starting to pick it up in the Atlantic, and isn’t even confident in Philadelphia finishing as the second-best team in the division, let alone the top team in the East.

Matt goes outside of the top five contenders to find value, pointing to Damien Lillard at +3000 as being the best bet on the board right now. He notes that Dame has Portland only a handful of games behind the top-seeded Utah Jazz in the Western Conference, and he’s done it without CJ McCollum and Jusuf Nurkic for the majority of the season. Matt feels Lillard has hit game-winner after game-winner in games the Blazers don’t really belong in.

Which of the two do you agree with? Tell us who you’re betting to win NBA MVP right now, and tune in to hear the entire discussion above on the SBD Odds Pod.